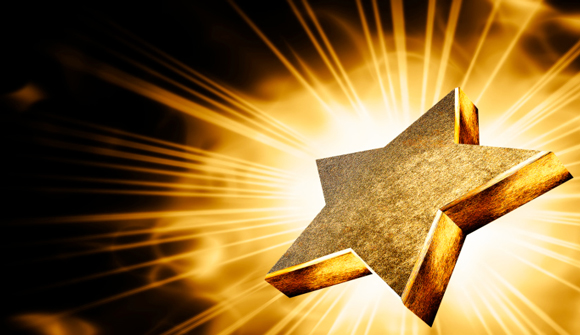 The Rise and Fall of Gold … King Midas lusted after it. The Incas worshipped it. Shiny flakes of it set off a 19th-century rush to California and ship captains never stop looking for it at the bottom of the sea. While gold has ignited passions for centuries, for today's investors, it seems, the metal has been losing its allure. After surging sevenfold during a 12-year bull market — a run matched by only a handful of assets, including U.S. Treasuries and stamps — investors sold it wildly in 2013. Another drop last year marked the first back-to-back yearly declines in 14 years. Is the epic boom and bust in gold just another market cycle or is it a change in human appetites? – Bloomberg

Free-Market Analysis: This is not so much an analysis of gold as one of Bloomberg's regular negative assessments of the yellow metal's future.

Bloomberg, as a media product, supports the agenda of major Western investment banks and central banks. There is not a lot of affection among these facilities for gold-as-money or even gold as a store of value.

Such banks do seem to value gold for their own holdings but are apt to discourage the general public from valuing gold over electronic and paper physical currencies.

Ultimately, the Western financial establishment seems to want to create a more consolidated and global system of finance based on a basket of national currencies. Gold may or may not be part of this larger basket, but it will not be emphasized as the primary money.

Thus, we rarely see articles in the mainstream media that celebrate gold ownership. Instead, we are apt to read this sort of article, questioning the legitimacy of gold-as-money in the modern era.

Gold's time-honored appeal as a haven from financial storms sent it to a record $1,921.17 an ounce in 2011. Investors sought safety from the threat of faster inflation and weaker currencies as governments expanded the money supply by buying bonds to stimulate flagging economies. As economic growth returned, stock markets rallied and the metal began to tumble. Bullion plummeted 28 percent in 2013, then slid another 1.4 percent in 2014. The rout hurt holders such as billionaire John Paulson, producers like Barrick Gold and the biggest owners of gold, central banks.

Investors sold as much from physically backed gold exchange-traded products in 2013 as they bought in the previous three years combined, and kept disposing. Interest in gold revived at times in 2014 as concern about slower global economic growth, an emerging-market sell-off and turmoil in Ukraine and the Middle East stoked demand for a protection of wealth. Gold remains down about a third from its peak, fueling the debate about the lessons of the metal's spectacular fall.

Discarded as a monetary system when the dollar's peg to gold ended in the 1970s, gold spiked to $850 in 1980. Prices slumped in the following two decades, spurring central banks around the world to shrink their reserves. When the financial crisis sent the metal higher in 2008, central banks started buying again and are still accumulating, though at a slower pace. Investors flocked to gold-backed exchange-traded products after the first one was listed in 2003. Investors trusted an asset that governments can't produce at will. Similar arguments are cited for the surge in popularity of bitcoin, a virtual currency with limits on supply.

More than perhaps any other investment, bullion acts as an echo chamber for anxieties about economic growth, fears of geopolitical conflict and guesses about what the globe's central bankers are thinking. Warren Buffett famously expressed his disdain for gold because it's not productive like, say, companies or farmland. He wrote in 2011 that investors in the metal are motivated by their "belief that the ranks of the fearful will grow."

This last paragraph makes a powerful statement about the way that modern investors – especially professional investors – perceive the yellow metal. While precious metals have been "money" for thousands of years, the modern paradigm categorizes those who want to hold them as "fearful."

The article goes on to tell us that there are "fewer reasons to own it now because central banks have engineered an economic recovery without sparking inflation, an argument bolstered by the slide in oil prices."

Additionally, we read that the "U.S. Federal Reserve ended its bond-buying program and faster U.S. economic growth plus higher interest rates will boost the dollar, another favorite haven."

These sorts of points sound convincing but in many ways they are questionable. Banks are holding billions, even trillions, in reserve because of central bank money printing and thus monetary inflation has already taken place. Eventually, price inflation follows monetary inflation.

The slide in oil prices is arguably an engineered one, designed by Saudi Arabia and the US to put pressure on Russia, which derives a great deal of wealth from its sale of "black gold."

Finally, the article tells us that the Fed has ended its bond buying program, but there are plenty of ways that central banks can continue to pressure rates and prop up bond markets. Whether the Fed will raise interest rates substantially remains to be seen. We'd argue that it won't because it can't.

As we regularly point out, the financial establishment seems wedded to the idea of a "Wall Street Party" that is continuing to move up stock markets fast and hard. While this equity surge would seem to be an ancient one by historical standards, it shows no real signs of a let-up.

Regulatory and monetary policy have been designed to support the current stock market surge and even the suggestion in the other article in this issue focuses on equity formation as an alternative to bank funding.

Goldman Sachs, we learn, predicts that gold will extend its slide and head toward $1,050 an ounce. This is perfectly possible in the short term. In the long term, it is difficult to imagine that gold has lost its "luster."

For thousands of years, gold has held its value and even with many forces arrayed against it in the modern era, it cyclically makes higher highs, as it has recently.

One does not need to concentrate all of one's assets in gold (or silver) to appreciate that it is part of a modern portfolio that will continue to provide value. Likewise, stocks may continue to appreciate for a while longer, but the fundamental laws of finance cannot be suspended.

Stock market booms do not go on forever; gold's value may fluctuate but unlike certain kinds of paper assets, its value from a historical standpoint has never approached zero and – likely – for the foreseeable future never will.