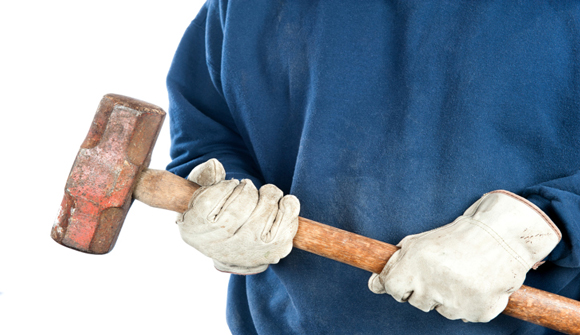 Don't be fooled: Gold is no currency … An investment in search of a believable story …Gold is an investment in search of a story — or at least one that's true more often than not. That's not to say there aren't lots of tales told around gold … Gold bugs spun that yarn on the notion that paper currencies — especially the dollar — were having their value destroyed by reckless, money-printing central banks. We had reached a long-overdue moment, they told us, in which gold is recognized as the only reliable store of value with which to protect future purchasing power. – MSNBC

Free-Market Analysis: Here once more we see the mainstream media taking aim at money metals. The idea is to discredit gold as an investment.

We don't understand this antipathy. (All right, perhaps we do; but we certainly don't agree with it.)

It seems to us that gold ought to be seen as part of a larger portfolio that might include silver, cash and other paper investments including stocks and bonds. But to attack metals in this way using what appears to be an obviously phony narrative is not doing anybody a service. It is just plain confusing.

The story was told relentlessly in ads narrated by stern-faced people on television channels whose viewership tended toward an older, more conservative demographic. And for many it stuck. Tens of thousands poured their money into gold coins, gold bullion and gold-based exchange-traded funds.

Gold prices have gyrated while the value of the dollar has been relatively stable.

Many of those people are still buying that story, but at the cost of a 25% loss from that 2011 peak.

The fact is gold has been a terrible hedge against the dollar, even though as a commodity denominated in greenbacks its price should rise, all things being equal, when the dollar falls and do the converse when it ascends.

Even if we resorted to a bearish case for the gold-as-currency story, pointing to how the metal's sharp decline from $1,800 in October last year to below $1,400 this month has coincided with a rebound in the dollar, our argument wouldn't survive closer scrutiny.

… A key problem for the gold bugs is that far too few people buy their story. Until gold is widely accepted as legal tender, the broader investing public simply won't treat it as a currency.

… Plenty of people have articulated plenty of good reasons to mistrust "quantitative easing," but that's not the same as saying they fundamentally mistrust the currencies issued by the Federal Reserve, the Bank of Japan and other practitioners of this controversial monetary stimulus strategy.

… If the global financial system again veers toward total meltdown, or if inflation is finally brought back to life, buyers will certainly return to the timeless allure of gold. But that moment too will likely prove fleeting.

Heed the warning of the last six months. Question the stories.

Okay. Let us examine the "story" then, as we are asked to do.

Here's the real story: Government is evidently and obviously out of control not just in the West but throughout the world. And people's pensions, savings and retirement accounts are suffering as a result.

This "easing" is bound to push stock market averages up even higher, it seems to us. But that does not invalidate holding gold and silver.

For one thing, throughout the first decade of the 2000s, gold and silver were among top performers in any asset class. The chances that gold and silver will retrace their progress back to pre-2000 levels seem fairly slim to us.

In fact, it seems evident and obvious to many in the precious metals community that physical gold and silver at any rate remain in a kind of bull market, with supplies hard to get and delivery difficult to accomplish.

This contrasts sharply with the so-called paper gold market that offers plentiful opportunities but no delivery.

Such a perspective does not preclude taking advantage of central bank money printing as we have pointed out many times before. Within the context of prudent diversification, one can place funds in a variety of paper products, commodities, real estate, etc.

One thing is certain: Printing so much money so fast will have an increasingly distortive effect on a variety of assets. Prudent diversification is the order of the day, and that would seem to include gold and silver as well as other assets.