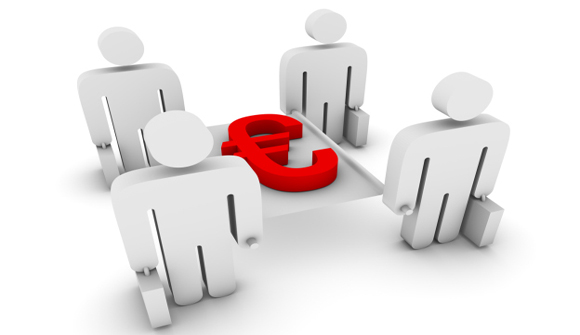 German economy 'losing steam' as business confidence plunges again … Survey of optimism among companies adds to gloom enveloping Europe's biggest economy … Germany's businesses are rapidly losing confidence in the prospect of a recovery in the eurozone, in a further blow to the single currency's biggest economy. Companies' assessment of the business climate is now at a 13-month low, having deteriorated for four successive months, according to a survey of 7,000 firms conducted by the Munich-based IFO think tank. – UK Telegraph

Dominant Social Theme: Something must be done to save Europe and the euro.

Free-Market Analysis: What does the future hold? More and more money stimulation it would seem. China – the BRICS – and the US are printing endless gouts of money, and now it appears as if the European Union is headed in the same direction.

In fact, the EU cannot simply print, as the Germans stand in the way. But according to this article and others, the German economic situation is declining, so perhaps there will be less pushback to plans to stimulate.

Certainly, without German economic vitality, the eurozone is even worse off than it's been in the past. Here's more:

The study is the latest blow to Angela Merkel's hopes of Germany leading the eurozone out of its current economic malaise. Separate data for investor confidence and inflation have also shown activity slowing down. The economy contracted in the second quarter of the year, and another quarter of decline would tip it into recession.

The IFO indicator – which measures business's assessment of the economic climate against a level of 100 at the start of 2005, came in at 106.3 for August. This was the lowest since the 106.2 in July 2013 – before the eurozone had officially exited recession.

The guage has now fallen by a measure of 1.7 for the last two months, the largest falls since April 2013, The crisis in Ukraine and continuing weakness in the rest of the eurozone has weighed down Germany, which emerged relatively unscathed from the 2011 eurozone crisis.

"The German economy continues to lose steam," said IFO president Hans-Werner Sinn. "The firms were again less satisfied with their current business situation. Also with regard to the further course of business, they are more sceptical than in the previous month."

The dismal figures are likely to add further pressure on European Central Bank president Mario Draghi to pursue quantitative easing, the policy adopted by the Bank of England and the US Federal Reserve to stimulate growth.

The article also mentions that French President Francois Hollande intends to form a new government after "criticism of its economic management by the country's economy minister."

Germany and France lie at the heart of the EU's economic motor. But France has been staggering economically for years and now Germany is beginning to fade. Spain, Portugal and Greece are faced with various levels of economic dysfunction and it was recently announced that Italy has slipped back into recession.

Blame it on the euro. This structurally flawed and rigid currency has submerged half of Europe in a Great Recession, and now it appears that the other half of Europe may be faced with a Great Inflation.

Another UK Telegraph article entitled, "Eurozone opens doors to QE as Germany and France stumble," makes this point clearly. The article states bluntly that the European Central Bank may initiate "radical action" as the European malaise continues and widens after some six years of failed stimulus attempts.

Here's how the article puts it:

The eurozone has moved closer to adopting further radical measures to ward off a second recession and a spiral of deflation after its two biggest economies fell deeper into trouble yesterday.

The dual shock of a French government reshuffle and weaker-than-expected German figures yesterday threatened to add to the malaise in the eurozone, where unemployment remains stubbornly high, and growth is at a standstill.

Somewhat counterintuitively, this resulted in stock markets across Europe surging and government borrowing costs falling to new lows as traders reacted to indications that Mario Draghi, the European Central Bank president, may be opening the door for large-scale asset purchases and further cuts to interest rates.

The continuing bad news reinforced comments from Mr Draghi on Friday in which he suggested the situation in the eurozone has reached a point where the ECB may be justified in following the Bank of England and US Federal Reserve in engaging in a substantial programme of money printing.

The eurozone has been steadily heading towards deflation, with prices rising by just 0.4pc in the year to July, leading to fears of a Japanese-style "lost decade" of economic stagnation. In a speech delivered at the Jackson Hole symposium in Wyoming on Friday night, Mr Draghi acknowledged that even long-term inflation forecasts have now fallen below the ECB's 2pc mandate. He said the central bank would "use all the available instruments needed to ensure price stability over the medium term".

According to Nomura economists quoted in the article, the ECB could cut interest rates even further while embarking on a campaign of asset-backed purchases that might include a "fullblown" QE.

What's the timing of something like this? According to the article, "the market is clearly expecting a large-scale asset purchase programme, maybe not at the next meeting but by the end of the year."

It would seem that even as the US is scaling back such programs, Europeans may be exposed to an aggressive variant of the same strategy. Again, yesterday, both the S&P and Dow averages were higher, with the S&P moving across an important 2000 level. There are two main results of these developments, one parochial and the other political.

From a parochial perspective, various stimulating policies will continue to power markets upwards – at least in the near term or until a definitive market event generates a radical downward movement.

Looked at in larger political terms, the European malaise is gradually creating a paradigm in which pan-European facilities like the ECB are accruing power at the expense of member nations.

Neither of these trends are especially positive from the standpoint of monetary stability but they are nonetheless in play and will continue to have a significant impact on the evolution of the West's and the world's economy.