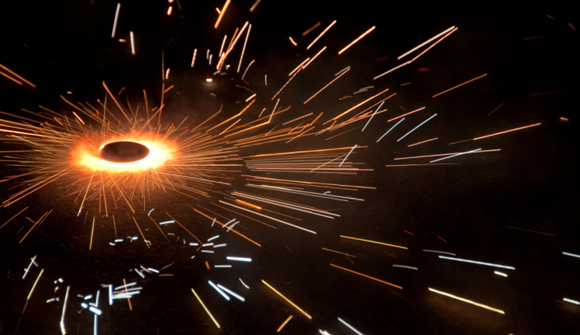 Free-Market Analysis: In the other article in this issue we discuss global warming and the idea that maybe the top elites are taking a kind of "step back" when it comes to that promotion.

Global warming simply isn't going well, from a warmist standpoint, and we wonder if the meme of dollar inflation against gold is another promotion that the power elite is having a difficult time sustaining.

We offer this because we are aware that ever since the dollar's rise against gold, the alternative Internet media has been abuzz with the illogic of physical gold's valuation.

There is extraordinary demand for gold in China and India, and yet we are to believe that the dollar is seen by the international community as a great deal more valuable than gold. If anything is headed toward an eventual demise it is probably the Petrodollar, not gold or silver.

The craziness of the current "gold fix" is not something that concerns investors on a regular basis, though probably it should. However, professional investors – especially hedge funds – are free to depart from Wall Street's orthodoxy when it comes to gold, which is that the yellow metal is a lousy investment.

Hedge funds increasingly, it would seem, are making their pro-gold sentiments known.

Here's more from the Bloomberg article:

Net-bullish holdings across 18 U.S.-traded commodities advanced 2.6 percent, led by cattle, silver and soybeans. Gold climbed for four straight weeks, rebounding 4.1 percent this month after a 28 percent plunge in 2013 that was the biggest since 1981 as some investors lost faith in the metal as a store of value.

Lower prices are attracting buyers in Asia with deliveries by the Shanghai Gold Exchange almost doubling in 2013. The bear market is unlikely to reverse, and bullion will "grind lower" over 2014 as the U.S. economy gains momentum, Goldman analysts said in a report Jan. 12.

"There's a tremendous divide in the gold market," said Jeff Sica, who helps oversee more than $1 billion of assets as president of Sica Wealth Management in Morristown, New Jersey. "Demand for jewelry in China is still relatively strong, and I think it will remain strong. The bears ignore physical demand and think that gold is not relevant when there's no economic crisis."

Obviously, this divide extends to the professional marketplace as well. How exactly can the jewelry market operate independently of the larger "gold market"?

And how come prices in China and India have no influence on prices being set in London – where demand is high as well? Supposedly, the Comex only has about 350,000 deliverable ounces. That's not a lot.

There is this, recently, from Financial Review:

Citigroup expects gold to hit $US1250 an ounce in 2014 before climbing to $US1350 an ounce the following year. Buyers will support the price of the precious metal this year as it loses favour among investors who had sought gold for its protection from inflation.

Toby Lewis, an investment strategist at Citigroup, predicted that two themes which have underpinned gold's incredible 12-year rise won't be as relevant this year as macro-economic conditions shift led by the United States Federal Reserve's reduction in stimulus.

But investors can still count on physical demand for gold, especially that coming from China. "We expect support for the gold price to be driven by Chinese physical demand increasing later in the year," Mr Lewis said. "Investor demand is likely to remain subdued throughout the year as demand for a safe haven from financial crises and demand for inflation protection are likely to be much lower."

… Mr Lewis is not the only strategist with concerns around how the macro outlook will influence the precious metal. Experts told an Australian Financial Review round table of the outlook for commodities that the threat of rising consumer prices was receding, dealing a blow to gold's appeal.

"With the progressive 'cleansing' of the global financial system since the GFC [global financial crisis] leading to the return of self-sustaining growth in the major economies, the need for various forms of co-ordinated debt-funded growth is passing, together with the risk of inflation that it poses. This is a bearish transition for gold's price," said UBS analyst Tom Price.

More questions … Have you, dear reader, found anyone who is unloading his gold? We'd like to know. Where is this massive herd of skittish private investors?

Manipulation after manipulation – in our view. But don't take our word for it. Deutsche Bank just announced it was getting out of the business of participating in the formal gold price fix in London. Of course, Deutsche Bank is under investigation over potential precious metals manipulations, as are some other large groups.

Recently, insiders called the potential for uncovering manipulation in the gold market "larger than Libor" – the other price-fixing scandal being investigated.

Of course, we don't expect these investigations to amount to much. We'll believe they are serious when someone in London explains why a small group of insiders get to fix the price of gold – legally – twice a day. We'd like a similar explanation when it comes to Libor. And then perhaps someone can explain why central bankers get the same privilege when it comes to money …

Bottom line, it seems to us, is maybe the banking elites over-reached this time. The dollar manipulation against gold was so bold and so massive that in this Internet era it roused even the sleepiest of regulators.

One by one, the Internet casts doubt on practices that would have remained uninvestigated in the 20th century – and did. But it doesn't do anymore to call one a "conspiracy theorist" – or not when it comes to the expanding group of elite memes. It is dawning on people that there is one conspiracy and that is globalist in nature.

We figure the top globalists will have enough power and credibility to continue with the promotion that we've been analyzing, the one that has to do with the ongoing Wall Street Party.

But we are more and more convinced that after a year or two of additional gains, the business cycle that was interrupted by all these elite manipulations will reassert itself with substantial force. Apparently, the hedge fund community sees things the same way.

Gold is down, but certainly not out …