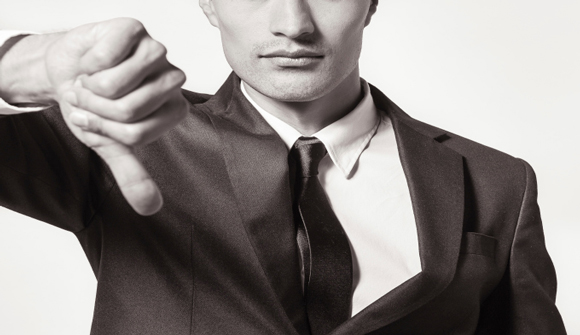 Swiss Vote Against Gold Deals Blow to Investors Hurt by Slump … Gold futures for December delivery fell 0.2 percent to $1,143.60 an ounce on the Comex … With no chance that the Swiss central bank will be the next big buyer of gold, it's one more reason for investors to be bearish. Voters today rejected a referendum requiring the Swiss National Bank hold at least 20 percent of its 520-billion-franc ($540 billion) balance sheet in gold. Had it been approved, it would have led to purchases of at least 1,500 metric tons over five years. With lower oil prices reducing costs for consumers and the U.S. considering raising interest rates, demand is fading for hedges against inflation such as gold. – Bloomberg

Dominant Social Theme: Gold is indeed a barbarous metal. Get rid of it.

Free-Market Analysis: The numbers were more skewed than we expected, but the anti-gold vote was not a surprise. For a variety of reasons, the Swiss don't seem to seek a return to a quasi-gold standard.

There are, of course, various speculations regarding this vote. Some believe, as with the referendum regarding Scottish independence, the Swiss vote was somehow massaged and in part falsified. Others believe that the referendum's rigidity was the reason for its downfall. The referendum mandated that the Swiss National Bank must hold more than 20 percent of its assets in gold and that this holding could never be sold … no matter what.

This was especially problematic for Swiss central bankers given that the supposed rationale for a central bank is that it can commit available assets during a financial crisis and that those assets ought to be easily liquefiable.

Another possibility, of course, is that the referendum and the numbers mean exactly what they seem to mean: The Swiss do not want gold convertibility. We do live in a fiat world these days.

For whatever reason, this "no" vote was also a negative vote for gold itself. We would be surprised if the dollar doesn't rise tomorrow against gold, perhaps a good deal. The Swiss didn't just vote against holding gold; they voted against the precious metal itself and its current valuation against the dollar.

Approval would have probably made Switzerland the world's third-biggest holder by country of the metal. Analysts had said purchases would have been at least 1,500 tons over five years. Adding 300 tons a year would equal about 7 percent of annual global consumption.

SNB policy makers had a higher estimate, forecasting 70 billion francs worth of gold, or about 1,932 tons.

Proponents of the initiative said boosting bullion holdings would help preserve national wealth. The SNB and national government had argued that approving the measure could undermine efforts to prevent the franc from surging against the euro and erode the bank's annual dividend distribution to regional governments.

Gold for immediate delivery reached a four-year low of $1,132.16 an ounce on Nov. 7. Investors sold 146.7 tons from exchange-traded products in 2014, wiping about $7.5 billion from the value of holdings, data compiled by Bloomberg show.

Signs of muted inflation around the world has made gold less attractive. Consumer prices in the euro-area slowed in November to match a five-year low, prodding the European Central Bank toward expanding its unprecedented stimulus program.

… SNB policy makers warned repeatedly that the gold measure would have made it harder to keep prices stable and shield the central bank's cap on the franc of 1.20 per euro. That minimum exchange rate was set three years ago, with the SNB pledging to buy foreign currency in unlimited amounts to defend it.

… "The Swiss have always had an affinity with gold" and that's one of the reasons for the referendum, Eric Schreiber, an independent investor and former head of commodities at Swiss wealth manager Union Bancaire Privee, said by phone. "It would have been supportive for gold due to the fact that if gold prices dropped, the SNB would have bought more. That would have put a floor on gold."

We are reminded by this last paragraph of the supposed Swiss "affinity" for gold, but the vote certainly doesn't seem to reinforce this supposition. The Swiss not only voted against gold but they voted for the euro and the EU, as the Swiss franc is basically linked to the euro these days.

The Swiss National Bank now holds a large percentage of euros and thus Swiss economic policy is in part dependent on Brussels and the solvency of the euro. What this means is that the Swiss have swapped a monetary system based on gold for one based on a shaky fiat euro.

The Swiss have experienced other seeming reversals as well. They have swapped out their private banking model for the Western model of commercial banking. UBS and Credit Suisse are both global financial entities and their missteps have exposed the Swiss to US and British legal attacks.

Private banking is seemingly all but dead in Switzerland, at least the old model. The Swiss reputation for financial confidentiality is in tatters and the vaunted Swiss franc, once nearly as good as gold is now only as good as the euro.

What is one to make of all this? Well, in the short term it seems fairly disastrous for those who believe in decentralized money power and devolution rather than increased globalization.

On the other hand, if one takes a more reasoned approach, it could be that these trends are inevitably going to be reversed because the current system carries within it the seeds of its own destruction.

This would tend to be our perspective. It is true that current referenda are of late endorsing current economic systems, but it is also true that these referenda are not occurring in a vacuum. It is the Internet era itself that is creating the pressure that leads to these votes.

And from what we can tell, this is not a trend that is going to change. There are numerous, often unreported, movements for secession and devolution generally around the world … and perhaps for honest money as well. In Catalonia, a recent vote revealed a depth of sentiment for secession. The US is trending similarly in various regions, especially in Texas.

For whatever reason, the Swiss decided to repudiate a gold-backed franc. But that by no means repudiates the larger "Internet Reformation" that we report on regularly. In fact, these referenda are symptomatic of its continued – and expanding – effects.