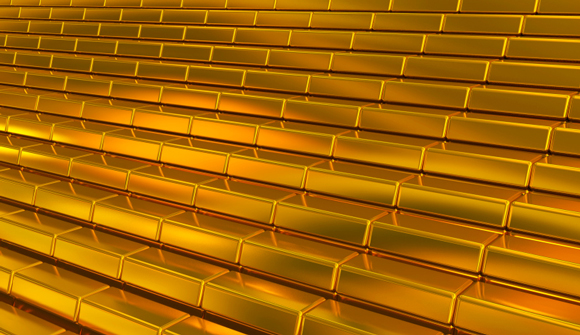 Are We About to See a Global Gold Selling Spree? … Heavily indebted euro zone nations such as Italy and Portugal could come under pressure to put their bullion reserves to work as a result of plans for Cyprus to sell gold to meet its financing needs. A European Commission assessment of what Cyprus needs to do as part of its European Union/International Monetary Fund bailout showed Cyprus is expected to sell in excess gold reserves to raise around 400 million euros ($523 million). Other struggling euro area countries may be pushed to take note. Between them, for example, Portugal, Ireland, Italy, Greece and Spain, hold more than 3,230 metric tons (3561 tons) of gold between them, worth nearly 125 billion euros at today's prices. − Reuters

Dominant Social Theme: Gold is not a good investment.

Free-Market Analysis: Globalists hate gold. Those who want to expand internationalism find it much more convenient to do so via fiat money than in any other way.

Central bank fiat-money expansions drive internationalism in much the same way as global trade agreements. These are the twin engines of worldwide commerce and as they are both government operated, they generate a planned and controllable internationalism that does not equitably distribute prosperity but actively retards it.

A free-market gold and silver standard would be an immeasurable improvement over the current state of affairs, but what we are more likely to get – if the fiat standard continues to degrade – is a state-controlled standard. It will be a measurable improvement but one that contains the seeds of its own destruction. The previous gold standard imploded as well.

In the meantime, the powers-that-be will continue to try to control the price of gold and minimize its rise. Every time that precious metals gain more power and value against fiat currencies, those latter currencies become less useful to maintain the current system. Here's more from the article:

The metal makes up more than 90 percent of Portugal's foreign exchange holdings, and 72.2 percent of Italy's. India, by contrast, holds less than 10 percent of its reserves in gold.

Gold sales on their own would be far from a magic bullet to solve euro zone financing problems: Italy's entire gold reserves, for example, are worth less than 95 billion euros, against outstanding debt of around 1.685 trillion euros.

But the Cyprus situation shows that even a relatively small gold sale may help address severe debt problems. Cyprus' gold sale would allow it to easily come up with around 3 percent of what it must contribute to the bailout.

It is something that has the market somewhat concerned given that a big sale would push down the price. Central bank gold buying was one of the few areas of demand to increase last year at a time jewelry, coin and gold-bar buying was on the wane.

"Cyprus may be a one-off, (but) the market's concern will be that it isn't, and that other countries will be invited to sell their gold," one senior gold trader said.

"It's a potential game-changer for the market," he added. "Given we know that Portugal rejected the most recent austerity plan, and they have over 90 percent of the country's foreign exchange reserves in gold, does this mean that Portugal perhaps will be asked to sell some of its gold?" …

The World Gold Council says methods other than selling may offer better returns for gold holders.

"It is important that Cyprus explores all the options available to it and outright sales are not the only one," a spokesman for the WGC said. "We believe that the most effective way for countries to benefit from holding gold is to leverage its gold as collateral for sovereign issuance."

This point made by the World Gold Council is an interesting one, for it shows there are many ways that countries and their central banks can gain from their gold holdings.

And yet, according to this article, troubled countries may not be given the option to explore alternative methods of leveraging gold but will simply be pressured to sell.

Surely, this may be one more way of containing the price-expansion of gold and silver against fiat – or for purists, containing the deflation of fiat value against gold.

What is important to keep in mind as headlines fill up with news about the depreciation of gold and the failure of the gold market to maintain its upward momentum is that such headlines are the results of metals manipulation on a macro scale.

Gold and silver are enmeshed in a long-term bull market and the longer the prices are suppressed the more powerful the next breakout may eventually be.