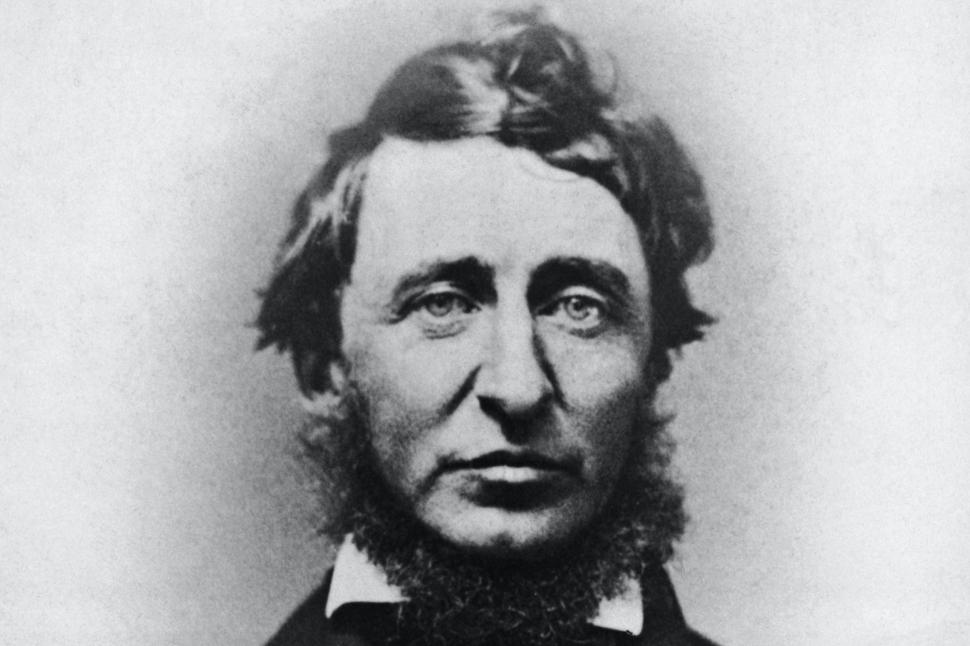 Although the essay was written 168 years ago, the subject of Civil Disobedience is more relevant than ever.

As people debate the scope of government power in regards to Covid-19 lockdowns, some are openly defying the law.

Henry David Thoreau believed that it was not only proper but necessary to disobey bad laws.

Civil Disobedience, or Resisting Civil Government as it was originally titled, was published in 1849. Thoreau was 32 years old, living in Massachusetts. At this point, Thoreau had already spent his time at Walden Pond.

Thoreau had also spent a night in jail years earlier after refusing to pay a poll tax, which he discusses in Civil Disobedience. He was actually annoyed when an anonymous person paid his bail because Thoreau saw his time in jail as a worthy sacrifice to protest the injustice of extortion AKA taxes.

Here are the ten best quotes from his 25-page essay.

This is how Thoreau begins the essay. The point is that government is only required when things need to be forced, and someday, we will live in a world where everything worth being done at all is done voluntarily.

“The standing army is only an arm of the standing government. The government itself, which is only the mode which the people have chosen to execute their will, is equally liable to be abused and perverted, before the people can act through it.”

Sometimes people need to get together to make things happen. A government is one way to do that, if you need to build a road, or keep people safe. But sometimes governments also murder millions of people, keep entire segments of the population in slavery, and bring the earth to the brink of nuclear holocaust.

But they do build the roads…

“Yet this government never of itself furthered any enterprise, but by the alacrity with which it got out of its way. It does not keep the country free. It does not settle the West. It does not educate. The character inherent in the American people has done all that has been accomplished; and it would have done somewhat more, if the government had not sometimes got in its way.”

To think that tax-funded things couldn’t be funded peacefully is just a lack of imagination and innovativeness.

Which, as Thoreau points out, crushing imagination and innovation is kinda the government’s thing.

“It is truly enough said that a corporation has no conscience; but a corporation of conscientious men is a corporation with a conscience. Law never made men a whit more just; and, by means of their respect for it, even well disposed are daily made the agents of injustice. A common and natural result of an undue respect for law is, that you see a file of soldiers… marching in admirable order over hill and dale to the wars, against their wills, ay, against their common sense and consciences…”

Law should never be mistaken for morality. Slavery was legal. The Holocaust was legal. And it may well be that following the law is more likely to cause harm than breaking it.

“All voting is a sort of gaming, like checkers or backgammon, with a slight moral tinge to it, a betting with right and wrong… I caste my vote, perchance, as I think right; but I am not vitally concerned that right should prevail. I am willing to leave it to the majority… A wise man will not leave the right to the mercy of chance, nor wish it to prevail through the power of the majority. There is but little virtue in the action of masses of men.”

It’s a gamble whether the majority will be right or not. When you vote, you first assume that you can tell what is right, but you also accept that what you think is wrong will happen if a majority wills it. We should take a better stand on right and wrong than leaving it to chance!

“It is not a man’s duty, as a matter of course, to devote himself to the eradication of any, even the most enormous, wrong; he may still properly have other concerns to engage him; but it is his duty, at least, to wash his hands of it, and, if he gives it no thought longer, not to give it practically his support. If I devote myself to other pursuits and contemplations, I must first see, at least, that I do not pursue them sitting upon another man’s shoulders. I must get off him first, that he may pursue his own contemplations too.”

We’ve all got our own stuff going on, and it is impossible to solve all of earth’s issues. If you want do something bigger, by all means please do, the world needs it!

But don’t assume that everyone should make the same calculations as you as to the most important issues deserving of your time and resources.

It is more important to make sure you’re not hurting anyone than to force other people to do what you think helps.

“If the injustice is part of the necessary friction of government, let it go, let it go; perchance it will wear smooth,-certainly the machine will wear out… but if it is of such a nature that it requires you to be the agent of injustice to another, then, I say break the law. Let your life be a counter-friction to stop the machine. What I have to do is see, at any rate, that I do not lend myself to the wrong which I condemn.”

We must disobey unjust laws, or else we are allowing them to continue and hurt others. Certainly, we must break a law that requires us to do evil.

“Thus the State never intentionally confronts a man’s sense, intellectual or moral, but only his body, his senses. It is not armed with superior wit or honesty, but with superior physical strength. I was not born to be forced. I will breathe after my own fashion. Let us see who is the strongest.”

What gives the government the right to do anything? The biggest muscles, and the most guns. That’s it.

But the government can only push so hard before people push back.

Is a democracy, such as we know it, the last improvement possible in government? Is it not possible to take a step further towards recognizing and organizing the rights of man?

There will never be a really free and enlightened State until the State comes to recognize the individual as a higher and independent power, from which all its own power and authority are derived, and treats him accordingly.”

“I please myself with imagining a State at last that can afford to be just to all men, and to treat the individual with respect as a neighbor; which even would not think it inconsistent with its own repose if a few were to live aloof from it, not meddling with it, nor embraced by it, who fulfilled all the duties of neighbors and fellow-men.

A State which bore this kind of fruit, and suffered it to drop off as fast as it ripened, would prepare the way for a still more perfect and glorious State, which also I have imagined, but not yet anywhere seen.”

Why should the state care if some do not participate? If they “live aloof” but don’t hurt anyone, why shouldn’t they be left alone, to their own devices?

Thoreau is talking about the “radical” idea of governing by consent of the governed.

Thoreau imagined an organized society that did have to use coercion and force to get its way.

After all, what’s wrong is hurting others. Yet the state is too often doing the harm.

So what do you think of Thoreau’s points? Tell me in the comments.