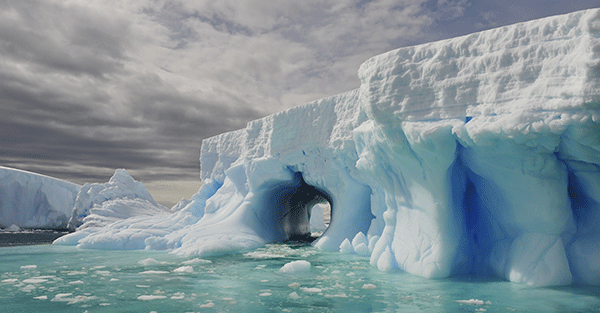 Antarctica to remain permanently off-limits to mining … Antarctica will remain completely off limits for mining in the future. That was the unanimous decision reached on Wednesday by all 29 nations party to the Antarctic Treaty, the main international governing mechanism for the continent. The resolution, lauded by NGOs, dispels any doubts or false rumors that the status quo might change after 2048. – Blouin News

There won’t be any unintentional discoveries on the Antarctic any time soon. It will remain “completely off limits” for mining and miners.

For us – and no doubt we are in the minority – that’s too bad. We’d like to see more exploration of the Antarctic, intended or not.

We recently discussed the Antarctic HERE.

A mineral-rich land [is rumored to exist] on the other side of the Antarctic.

This claim, in fact, was made by  Rear Admiral Richard Evelyn Byrd, Jr., an American naval officer who explored both the Arctic and Antarctic.

Byrd, a Freemason, was the recipient of the US Medal of Honor, and in his trips to the Antarctic, he received funding from the US government.

Returning from the Antarctic, he gave a specific account of finding a large, unexplored land beyond the Antarctic itself.

You can see his account here, as he described what he’d seen during a television interview.

Due to an international treaty, the Antarctic is basically off-limits to people who want to explore it. But if there is a huge, mineral-rich land beyond the ice, as Byrd suggested, resources … might be better employed to explore what lies beyond the Antarctic.

In our conclusion we suggested that resources aimed at going to Mars could be redirected to the Antarctic, given the mysterious, rich land that Byrd speaks of.

Instead, as we can see from Blouin News, 29 nations have just voted to keep Antarctica “mining free.”

Prior to its signing in 1991, Antarctic Treaty Parties had negotiated an agreement regulating mining in the continent. However, that controversial pact never entered into force.

The Antarctic and Southern Ocean Coalition (ASOC) of environmental NGOs campaigned for years for a “World Park Antarctica,” and Australia and France led the opposition to the mining agreement.

And so, after 25 years of Antarctic mining being prohibited, now all Treaty countries support the ban.

We also  learn that tourism was discussed at the 39th Antarctic Treaty Consultative Meeting.

Since tourism is hitting a “record high,” ASOC nations decided there will need to be an “additional response” to make sure tourism leaves only a ”minimal footprint on the fragile Antarctic environment.”

No doubt this will include some sort of ban on tourism.

The writers are positive about the continued “hands off” Antarctic regime.

Still, the unanimously-supported ban on Antarctic mining is a big relief. It means that a scramble for the continent’s mineral and hydrocarbon resources is not in the cards, even after 2048.

Conclusion: Is there a vast continent beyond Antarctic ice? Apparently the environment down there is so fragile that we are not able to find out. Too bad.