STAFF NEWS & ANALYSIS
6 Places You Can Spend Your Bitcoin Fortune
By The Daily Bell Staff - December 31, 2017

How many times have you heard that Bitcoin isn’t a real currency because you can’t spend it anywhere? 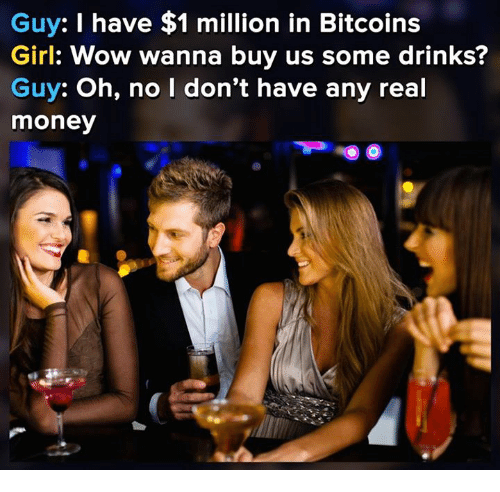 Bitcoin certainly has some flaws, and other cryptocurrencies may very well take its place in time. But it is the trailblazer, and early adopters are now rolling in digital dough.

Contrary to popular belief, you can, in fact, spend your Bitcoin. Here are ten places to make it rain with your newfound crypto wealth.

Over 260,000 Japanese businesses use the point-of-sale app Air Regi. The company which created the app, Recruit Lifestyle, partnered with a Japanese Bitcoin exchange last summer. The app now allows stores to accept Bitcoin.

Of course, the ability to accept Bitcoin doesn’t necessarily mean that they all will. But at least 5,000 retail establishments in Japan currently accept Bitcoin. Included are Capsule Hotels, a chain of eyeglasses stores, and a company which owns five chains of restaurants.

How do you get to Switzerland or Japan only using Bitcoin? Simply book your travel and hotels on Expedia. Expedia has accepted Bitcoin for payments since 2014, partnering with Coinbase to complete payments.

But they aren’t the only travel you can buy with the cryptocurrency.

Who has time to seek out businesses that accept Bitcoin? Instead, just get a Bitcoin debit card and use it anywhere that accepts plastic, online or in person. Bitpay allows you to simply load Bitcoin onto a card with your name on it, and spend it anywhere that Visa is accepted. An app lets you monitor activity and add more money to the card.

This article highlights some other options for Bitcoin debit and credit cards. Some even let you to spend other cryptocurrencies like Dash and Ethereum.

5. Overstock.com (and Amazon with Purse.io)

You can makes purchases on Overstock.com with Bitcoin. The website is similar to Amazon, offering thousands of products from appliances, clothing, camping supplies, and jewelry.

But if you can’t pull yourself away from Amazon, you can still make your purchases in Bitcoin using the purse.io website. They offer a discount for shopping with Bitcoin, by matching you up with someone seeking to buy Bitcoin. They purchase the goods for you with dollars or gift cards, and you send them the Bitcoin. But don’t worry, Purse takes care of all the details.

The coastal town of Portsmouth New Hampshire boasts a laundry list of business establishments that accept Bitcoin. There are cafes, a yoga studio, restaurants, a theater, a smoke and vape shop, and of course, a beer garden that all accept Bitcoin. The Free State Bitcoin Shoppe, exclusively accepts cryptocurrency, and the owners are happy to educate customers on everything crypto. Check out The Daily Bell’s interview with co-founder Derrick J. Freeman.

Across the state, Keene is another Bitcoin epicenter, where you can spend cryptocurrencies in a number of establishments.

New Hampshire is arguably the most Bitcoin-friendly state. This is likely due largely to the Free State Project situated in the state encouraging liberty-lovers to move there. Many “Free Staters” were early adopters of Bitcoin. This means some serious crypto-wealth is now situated in New Hampshire. So expect this to have an even larger impact on the market and politics of the state in coming years.

Of course, none of this really addresses whether or not you want to spend your Bitcoin. Some people see it as an investment. But a more accurate description is a speculation, seeing as there is no solid way to know the future of Bitcoin.

High transaction fees for Bitcoin transfers are another issue that has yet to be addressed. Other cryptocurrencies like Ethereum and Dash may hold more promise for the daily use of digital cash.

But never-the-less, those awash with newfound Bitcoin wealth can, in fact, spend it.

As always, the best advice is to diversify. Bitcoin might not remain the gold standard, but cryptocurrencies are here to stay.