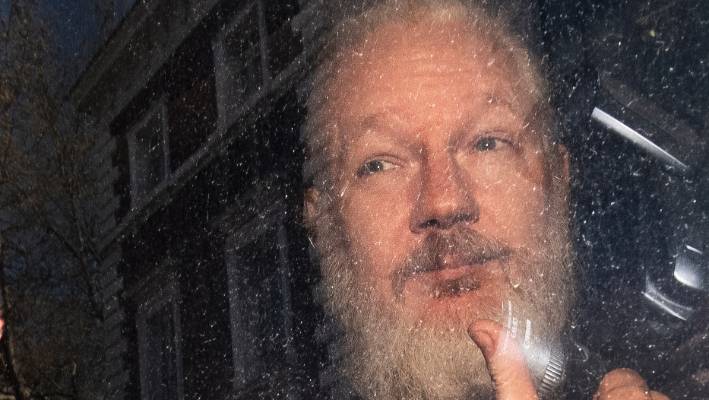 STAFF NEWS & ANALYSIS
A New Kind of Tyranny: The Global State’s War on Those Who Speak Truth to Power
By John W. Whitehead - November 05, 2019

“What happens to Julian Assange and to Chelsea Manning is meant to intimidate us, to frighten us into silence. By defending Julian Assange, we defend our most sacred rights. Speak up now or wake up one morning to the silence of a new kind of tyranny. The choice is ours.”—John Pilger, investigative journalist

All of us are in danger.

In an age of prosecutions for thought crimes, pre-crime deterrence programs, and government agencies that operate like organized crime syndicates, there is a new kind of tyranny being imposed on those who dare to expose the crimes of the Deep State, whose reach has gone global.

The Deep State has embarked on a ruthless, take-no-prisoners, all-out assault on truth-tellers.

Activists, journalists and whistleblowers alike are being terrorized, traumatized, tortured and subjected to the fear-inducing, mind-altering, soul-destroying, smash-your-face-in tactics employed by the superpowers-that-be.

Assange, the founder of WikiLeaks—a website that published secret information, news leaks, and classified media from anonymous sources—was arrested on April 11, 2019, on charges of helping U.S. Army intelligence analyst Chelsea Manning access and leak more than 700,000 classified military documents that portray the U.S. government and its military as reckless, irresponsible and responsible for thousands of civilian deaths.

Included among the leaked Manning material were the Collateral Murder video (April 2010), the Afghanistan war logs (July 2010), the Iraq war logs (October 2010), a quarter of a million diplomatic cables (November 2010), and the Guantánamo files (April 2011).

The Collateral Murder leak included gunsight video footage from two U.S. AH-64 Apache helicopters engaged in a series of air-to-ground attacks while air crew laughed at some of the casualties. Among the casualties were two Reuters correspondents who were gunned down after their cameras were mistaken for weapons and a driver who stopped to help one of the journalists. The driver’s two children, who happened to be in the van at the time it was fired upon by U.S. forces, suffered serious injuries.

This is morally wrong.

It shouldn’t matter which nation is responsible for these atrocities: there is no defense for such evil perpetrated in the name of profit margins and war profiteering.

In true Orwellian fashion, however, the government would have us believe that it is Assange and Manning who are the real criminals for daring to expose the war machine’s seedy underbelly.

Since his April 2019 arrest, Assange has been locked up in a maximum-security British prison—in solitary confinement for up to 23 hours a day—pending extradition to the U.S., where if convicted, he could be sentenced to 175 years in prison.

Whatever is being done to Assange behind those prison walls—psychological torture, forced drugging, prolonged isolation, intimidation, surveillance—it’s wearing him down.

It’s not just Assange who is being made to suffer, however.

Manning, who was jailed for seven years for leaking classified documents to Wikileaks, was arrested in March 2019 for refusing to testify before a grand jury about Assange, placed in solitary confinement for almost a month, sentenced to remain in jail either until she agrees to testify or until the grand jury’s 18-month term expires, and fined $1,000 for every day she remains in custody, a chilling—and financially crippling—example of the government’s heavy-handed efforts to weaponize fines and jail terms as a means of forcing dissidents to fall in line.

This is how the police state deals with those who challenge its chokehold on power.

Make no mistake: the government is waging war on journalists and whistleblowers for disclosing information relating to government misconduct that is within the public’s right to know.

Yet while this targeted campaign—aided, abetted and advanced by the Deep State’s international alliances—is unfolding during President Trump’s watch, it began with the Obama Administration’s decision to revive the antiquated, hundred-year-old Espionage Act, which was intended to punish government spies, and instead use it to prosecute government whistleblowers.

Unfortunately, the Trump Administration has not merely continued the Obama Administration’s attack on whistleblowers. It has injected this war on truth-tellers and truth-seekers with steroids and let it loose on the First Amendment.

Here’s the thing: we desperately need more scrutiny and transparency, not less, in order to shed light on government actions and make the obscure, least transparent reaches of government accessible and accountable.

Of course, transparency is futile without a populace that is informed, engaged and prepared to hold the government accountable to abiding by the rule of law.

For this reason, it is vital that citizens have the right to criticize the government without fear.

That’s where the First Amendment comes in. The First Amendment gives the citizenry the right to speak freely, protest peacefully, expose government wrongdoing, and criticize the government without fear of arrest, isolation or any of the other punishments that have been meted out to whistleblowers such as Edwards Snowden, Assange and Manning.

The challenge is holding the government accountable to obeying the law.

Partisan politics have no place in this debate: Americans of all stripes would do well to remember that those who question the motives of government provide a necessary counterpoint to those who would blindly follow where politicians choose to lead.

We don’t have to agree with every criticism of the government, but we must defend the rights of all individuals to speak freely without fear of punishment or threat of banishment.

What the First Amendment protects—and a healthy constitutional republic requires—are citizens who routinely exercise their right to speak truth to power.

As I make clear in my book Battlefield America: The War on the American People, the right to speak out against government wrongdoing is the quintessential freedom.

Be warned: this quintessential freedom won’t be much good to anyone if the government makes good on its promise to make an example of Assange as a warning to other journalists intent on helping whistleblowers disclose government corruption.

As George Orwell recognized, “In a time of deceit telling the truth is a revolutionary act.”