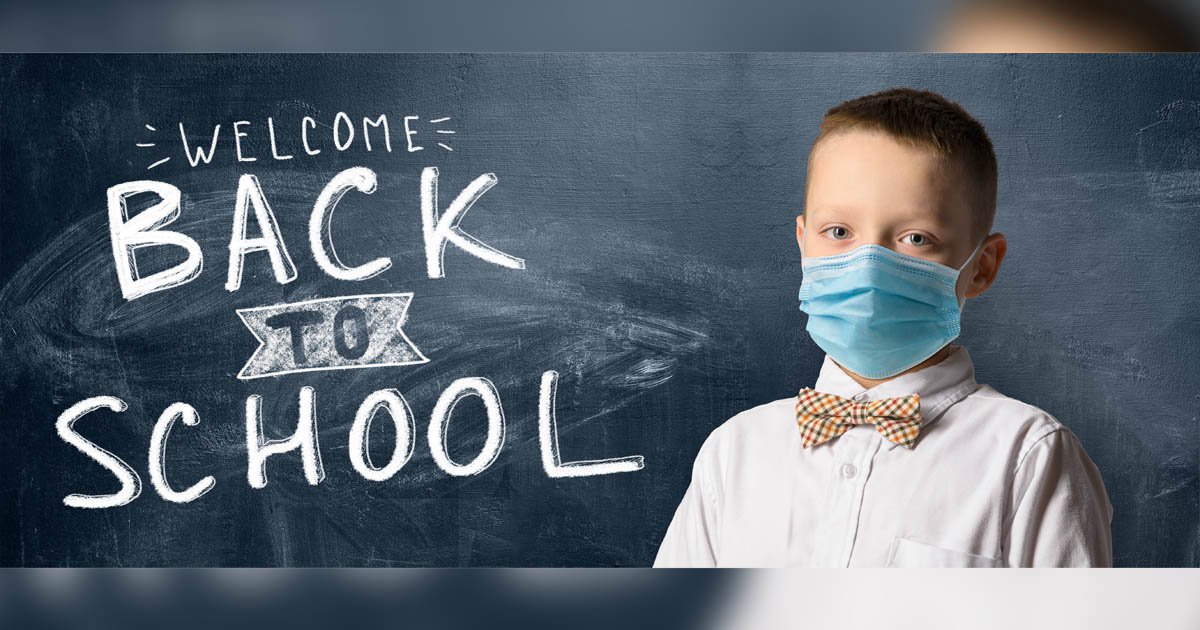 A School Tied a Mask Onto A Disabled Girl’s Face

A Florida father, Jeffrey Steele, was surprised one day when his young daughter Sophia came home from school with a mask on.

Jeffrey did not send Sophia to school wearing a mask because she has Down syndrome, cannot speak, and has an enlarged tongue, which makes it dangerous to force her to wear a mask.

And besides, Governor Ron DeSantis has banned Florida schools from requiring masks.

But Jeffrey was even more furious when he realized that the mask had been tied to Sophia’s face with nylon string so that she couldn’t take it off.

He soon discovered that school officials had been tying the mask to Sophia’s face every day for six weeks. But Sophia couldn’t alert her father, because she is non-verbal.

Only when school employees forgot to take the mask off before sending Sophia home one day did her father discover what was going on.

The school had previously given Sophia a mask exemption.

But apparently that was just for show— they thought nothing of inflicting literal child abuse on this girl.

These are the type of fanatics that educate your children.

In a letter answering Congresswoman Cathy McMorris Rodgers’ questions, the National Institute of Health finally admitted that it funded virus enhancement experiments at the Wuhan Institute of Virology.

Making viruses more deadly is commonly called “gain-of-function” research— but the NIH did not use that term in its letter.

In fact, it claimed that making the virus more infectious “was an unexpected result of the research, as opposed to something that the researchers set out to do.”

The research describes a “recombinant virus” and “three chimeric viruses”— terms which mean the DNA of the viruses had been altered, or combined with other viruses.

The altered bat corona virus was found to more easily attach itself to the ACE2 receptor in genetically altered mice.

The same ACE2 receptor in humans happens to be the receptor which the COVID-19 virus family attaches to.

The letter also admits that EcoHealth Alliance (which facilitated the grant to the Wuhan Lab) violated the terms of its grant conditions when it failed to report that the research increased tenfold the viral growth of a pathogen.

Peter Daszak, the scientist who penned a letter accusing lab leak theorists of anti-Asian hate, is the President of EcoHealth Alliance. Facebook used his letter as a fact-check to debunk and ban the lab leak theory.

Later, Daszak was also presented as a neutral third party investigator sent to Wuhan with the World Health Organization to investigate the lab leak theory.

Nothing to see here folks!

If this sounds sketchy to you, you’re probably a conspiracy theorist.

As director of the National Institute of Allergy and Infectious Diseases, Fauci funded an experiment which forced beagle puppies (all less than a year old) into mesh cages to allow sand flies to attack their heads, and spread parasites.

Some of the dogs’ vocal cords were removed so that Fauci’s researchers did not have to hear them cry.

The dogs were then treated with an experimental drug, and later killed to be dissected.

Documents explaining the experiment state that it was part of the process of obtaining FDA approval for a drug. However, the FDA does not require these types of experiments to be carried out on dogs.

Chicago received $2 billion worth of federal pandemic stimulus funds meant to help the city recover from its self-inflicted downturn following the COVID lockdowns.

Now the city will use $31 million from those federal funds to pilot a universal basic income program in Chicago.

Some Chicago politicians are upset that the money won’t be instead used for violence prevention, to address the skyrocketing crime rates.

Isn’t it fun to have your hard earned money redistributed so that bankrupt cities can waste it on more failed programs?

In politics, memories are short.

But let’s not forget that the Justice Department is still prosecuting abuses of the Paycheck Protection Program.

The early pandemic program was meant to help businesses stay afloat, but was so lax with its due diligence that it distributed countless loans to fraudulent applicants.

One of the latest to be charged was a Georgia man named Vinath Oudomsine who spent nearly $58,000 from the Paycheck Protection Program on a Pokémon card.

Yes, a card depicting a cartoon character which children play with.

The money was distributed based on false information provided by Oudomsine, and the Pokémon card accounts for more than two thirds of the aide he received.

We don’t know how many fraudsters will never be caught, or how much of that money will ever be recovered.

Florida Governor Ron DeSantis is considering a new way to attract police officers who might want to relocate and work in Florida.

The plan is to offer a $5,000 bonus to unvaccinated police officers who lost their jobs in other states.

Hopefully this sort of incentive doesn’t end with police officers.

Private companies, including hospitals, might also find themselves able to attract talented workers who were fired for no other reason than demanding basic medical autonomy over their own body.