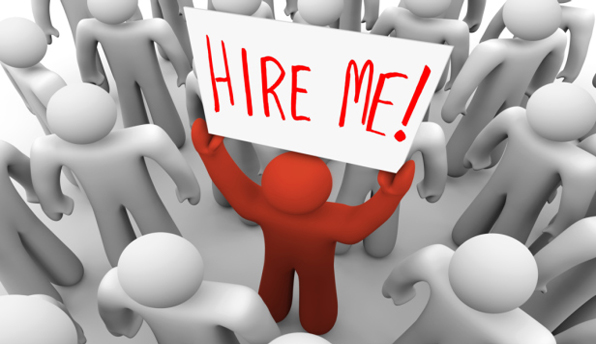 Wall Street adviser: Actual unemployment is 37.2%, 'misery index' worst in 40 years … Don't believe the happy talk coming out of the White House, Federal Reserve and Treasury Department when it comes to the real unemployment rate and the true "Misery Index." – Washington Examiner

Dominant Social Theme: There's nothing wrong with the US economy that the coming recovery won't fix.

Free-Market Analysis: David John Marotta is not afraid to say what most of the mainstream media will not whisper: That the US is in a depression not a recession.

What else would you call nearly 40 percent of adults unemployed? And if these are the statistics, then what are the YOUTH numbers? Fifty percent? Sixty percent?

Marotta, we should add, is more emphatic than we are when it comes to such numbers. We've put forth two numbers regarding the current rolling economic catastrophe.

First, we estimated that central banks would print about US$100 trillion over time to try to stave off the rolling insolvency of Western democracies. We'll stick to this estimate, though perhaps we'll have to revise it upwards. Depends on how many of those US$16 trillion dollar money-printing weekends Ben Bernanke has – and now Janet Yellen.

Second, we have on numerous occasions mentioned that the US fedgov's estimates of unemployment are woefully underestimated. What is seven percent or so for fedgov is more like 20 percent for Shadowstats and, in our interpretation, somewhere around 30 percent or more.

But Marotta thinks it is nearly 40 percent!

Who is this guy? A crank? Doesn't seem so.

Here … his profile from Forbes, for whom he writes:

I'm the president of Marotta Wealth Management, a fee-only comprehensive financial planning practice in Charlottesville, Virginia. My parents started their own firm during the early days of NAPFA. One of the best parts of my education was mentoring under my father, George Marotta, who I consider a financial Rembrandt. I grew up amongst my father's work at the Hoover Institution alongside Milton Friedman, Edward Teller, Thomas Sowell, and other great research fellows there. We have developed our own principles of freedom investing to guide many of our strategic investment decisions.

My own background teaching Computer Science brings a precision, discipline, and automation to the financial planning process. We give as much of this information away in our weekly column and daily financial blog as well as interviews, speaking events and radio appearances.

In a memo to clients … David John Marotta calculates the actual unemployment rate of those not working at a sky-high 37.2 percent, not the 6.7 percent advertised by the Fed, and the Misery Index at over 14, not the 8 claimed by the government.

Marotta, who recently advised those worried about an imploding economy to get a gun, said that the government isn't being honest in how it calculates those out of the workforce or inflation, the two numbers used to get the Misery Index figure.

"The unemployment rate only describes people who are currently working or looking for work," he said. That leaves out a ton more.

"Unemployment in its truest definition, meaning the portion of people who do not have any job, is 37.2 percent. This number obviously includes some people who are not or never plan to seek employment. But it does describe how many people are not able to, do not want to or cannot find a way to work. Policies that remove the barriers to employment, thus decreasing this number, are obviously beneficial," he and colleague Megan Russell in their new investors note from their offices in Charlottesville, Va.

They added that "officially-reported unemployment numbers decrease when enough time passes to discourage the unemployed from looking for work. A decrease is not necessarily beneficial; an increase is clearly detrimental."

… "Today, the Misery Index would be 7.54 using official numbers," they wrote. But if calculations tabulating the full national unemployment including discouraged workers, which is 10.2 percent, and the historical method of calculating inflation, which is now 4.5 percent, 'the current misery index is closer to 14.7, worse even than during the Ford administration.

We have some differences of opinion here, but we surely agree broadly with Marotta's analysis. We do like to differentiate between those who wish to work and those who don't. So perhaps 30-plus percent of "formerly working adults" is still a relatively accurate number.

There are other possibilities that occur to us, however. We would tend to believe that this 30-40 percent is attenuated by the gray market for barter and under-the-table employment.

It is said that something like US$2 trillion is generated but not accounted for by US fedgov. That's not much less than the US$3.5 trillion that the US takes in taxes every year. Thus, one could argue the underground economy is nearly as big as the above-ground one.

This as much as anything shows the worthlessness of the mainstream media – and the business media in particular. Almost all of the coverage of US business is tilted toward above-ground businesses. But it sounds like the underground economy is nearly as large. It's just hardly ever written about.

Here's a final point regarding Marotta. He obviously comes from a free-market background, and he's gained enormous publicity, just as Peter Schiff has, by speaking out about the phoniness of mainstream economic analysis. Over time, others in Marotta's profession will surely take notice.

Additionally, in the other article today we pointed out that as elite memes collapse, certain proponents would feel impelled to speak out in order to retain credibility.

Taken together, these two trends mean more truth-telling, not less, over time. And that's a trend worth watching.