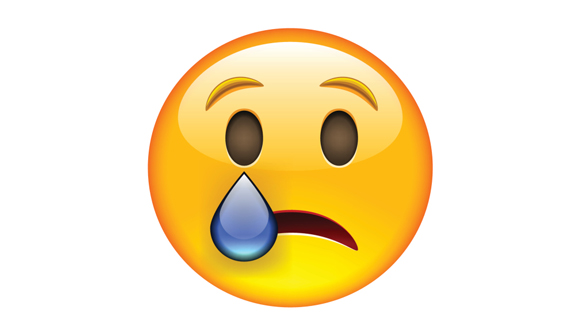 The Fed is about to close a momentous chapter in monetary-policy history … The Federal Reserve is set to exit a historic monetary-policy era and enter a new one. On Wednesday, it will most likely raise its benchmark rate for the first time in nine years, ending the zero interest-rate regime that was designed to support the economy after the Great Recession. To do this, it would raise the target range of the Federal Funds Rate by 25 basis points to 0.25% to 0.50% in an effort to raise the effective funds rate and, by extension, borrowing costs. – Business Insider

Dominant Social Theme: The Fed, buffeted by forces beyond its control, will do its best to salvage the economy on behalf of you, the people.

Free-Market Analysis: Perhaps we ought to feel sorry for Fed officials, especially Ms. Yellen. We've read a lot about Janet Yellen's reluctant move toward a rate hike and she is certainly being cast as the Hamlet of Fed leaders, someone who is indecisive because she knows how much can go wrong.

In other words, she cares too much. Unlike Hamlet, her agonizing does not revolve around a personal dilemma. No, her indecision is rooted in her concern for others.

Now it seems, Yellen is determined to hike – or so we are told – even though her decision is truly fraught. We can see from the above Business Insider excerpt that the Fed is possibly on the cusp of a "historic" decision.

At 2 p.m. ET on Wednesday, the Federal Open Market Committee (FOMC), which sets the Fed's policy, will release its statement, followed by a press conference with Fed Chair Janet Yellen.

Why raise rates now? With the unemployment rate at a seven-year low and stable jobs growth recorded over the past few months, the Fed is confident the labor market will continue progressing toward full employment. Wage pressures that companies have anecdotally reported for much of the year, and present in some of the economic data, also stoke the Fed's conviction in the labor market, and in accelerating inflation.

Yellen has stressed that the risks of delaying the start of policy normalization outweigh those of moving immediately. Put differently, the Fed would rather avoid a situation where it has to play catch-up and tighten financial conditions too quickly in the future than take the risk of not having enough runway to lower rates later.

The potential for an upcoming hike has given the mainstream media the ability to indulge itself for months as regards Yellen's obvious reluctance. It's certainly been a humanizing event.

Unlike Alan Greenspan, who seemed to relish his role, or Ben Bernanke who played mad scientist during the depth of the Great Recession, Yellen seems to us to come across as a cautious technocrat who is at once fearful and even sorrowful about the role she must play.

We once speculated that Yellen's role as Fed chairman was a kind of sacrificial one. She has to pretend that the economy has "improved" because otherwise she has to admit that the huge Fed effort at normalization, including trillions of dollars of stimulus, has been for naught.

In other words, she has to move the narrative ahead and, really, she has no choice in the matter. Of course, perhaps she believes in the numbers she's been given and the options that she's been counseled to take. But she's been sitting in the seat of power for a while now and we have trouble believing she isn't aware of at least some of the fakery.

Independent analyst Mike "Mish" Shedlock has commented on this topic in an article entitled, "Fed Openly Discusses 'Permanently High Balance Sheet'." He points out that there is a good deal of breast-beating over the Fed's portfolio of bank reserves – several trillion in all. These are funds that banks have left with the Fed in order to derive interest. As rates rise, the Fed will be in the position of making increased interest payments to these banks, a situation that may not be politically palatable.

Shedlock concludes, "The Fed never had any intention of shrinking its balance sheet by any other method than holding bonds to termination over time, if that … There is no debate. The Fed will do whatever the hell it wants while labeling the result a new 'tool.' Anyone who genuinely believes this is some sort of "new twist" should wear a scarlet sweater with the tag 'gullible fool'."

Good point. The Fed is Wall Street's longest running soap opera. Focus on Fed decisions and the academics deciding them and you soon lose track of the larger ludicrousness. Why are the livelihoods of literally billions of people perched on a knife's-edge and awaiting Fed decisions regarding a paltry 25 basis point hike?

It took an awful lot of mismanagement to get here. Several ruinous wars and expensive domestic programs have undermined the dollar as the world's reserve currency. The US is a huge debtor nation and even a tiny upwards adjustment in borrowing costs may prove catastrophic.

We have suggested in the past that the Fed has tried to "jawbone" the economy and its most significant participants rather than actually hike. But such a procedure cannot go on forever. Perhaps today is the day it will end.

The system cannot last and in fact is not intended to last. Its unwinding will cause misery and mortality around the world. People are absolutely mesmerized by the modern central banking economy even though it has only been around for about a century – and they ascribe an infallibility to it that it does not have.

It probably won't last much longer, but the damage has been done. A further, sorry chapter may begin today.