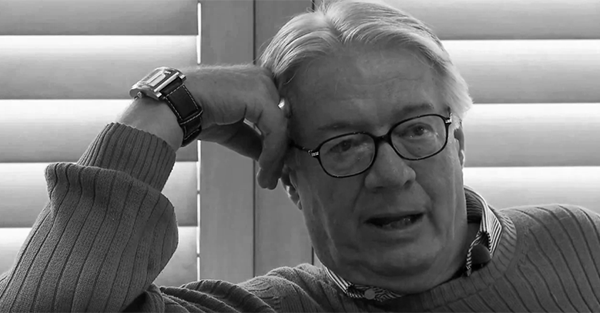 Once in a while in our lives we come across a book or an article, perhaps an interview, that causes us to pause and really consider our positions on a particular topic, to question our conclusions and perhaps even adjust our way of looking at and thinking about the issue. In even rarer instances we make changes in the way we live because of such an influence.

Libertarian philosopher Tibor R. Machan spent a lifetime presenting just that kind of material, leading untold numbers of us to reconsider and readjust, on some level, the ethical foundation on which we stand and the very way we conduct our lives.

Tibor died suddenly last week, at age 77, and it is fitting that we pause now and once again reflect on the way we live our own lives, in light of his many valuable contributions.

Most who have followed him over the years know that in 1953, at the age of 14 Tibor was smuggled by his parents out from under the communist regime in Hungary, and he often spoke of his gratitude for their foresight and sacrifice. He genuinely appreciated the liberty he came to experience, fought fiercely to defend it philosophically and was quick to challenge those who dismissed it in favor of the many versions of the nanny state.

In fact, Tibor probably challenged everyone he encountered. His many young students who had the good fortune to sit in one of his classes will certainly attest to that, but older, established individuals in business and think tanks and organizations would quickly agree. At once gritty and serious as the gravity of his philosophical subject matter and yet jovial and light-hearted, quick to express joy over a seemingly minor delight, Tibor was himself delightful in his own slightly eccentric way.

Ever the ardent proponent of liberty, over the course of his life he served as Professor Emeritus of Philosophy at Auburn University in Alabama, R.C. Hoiles Chair of Business Ethics and Free Enterprise at the Argyros School of Business & Economics at Chapman University in Orange, California, research fellow at the Hoover Institution at Stanford, adjunct scholar at the Cato Institute, research fellow at the Independent Institute and adjunct faculty member of the Mises Institute. He was selected as the 2003 President of the American Society for Value Inquiry, and delivered the presidential address, titled “Aristotle & Business,” to the American Philosophical Association.

Tibor was a prolific writer and maintained his own blog, where many of his articles from 2008 to 2015 can be found along with links to his more than 40 books. He was part of the team that helped guide Reason magazine from its very earliest days through its growth into the libertarian stalwart it became. He was a longtime columnist for the Orange County Register, and contributed often to FEE, the Foundation for Economic Freedom, and to many, many other sites and publications. And, of course, he was a weekly contributor to The Daily Bell for many years.

Dr. Machan wrote a book in 1998 entitled Generosity: Virtue In Civil Society. Our personal experience with Tibor proved time and again that he walked his talk, that he truly practiced the ethical virtues he extolled in his writing. He was extremely generous, willing to contribute whenever we asked him – as a board member, consultant, sounding board and advisor when asked – and often when not! – and always ready to freely contribute columns and interviews to The Daily Bell.

We are especially grateful for the time we spent with him in Cape Breton, Nova Scotia at the 2013 High Alert conference, at which he spoke. Although he was feeling quite ill much of that weekend, he was able to find his thunderous voice to offer us the thought-provoking, often witty presentation for which he was known. He joined us for an afternoon cruise on the cold Atlantic and for a raucous meal of two-pound, just-caught lobsters and later shared the many pictures he’d taken at the dinner, reminiscing in several emails about the fun we’d all had together.

Our time together that weekend was truly a gift. And his decades of contributions that came before and after that fond memory have been a gift to the world. He will be missed not just by his family and his friends, but also by those who have taken advantage of his gifts to live freer in this unfree world.