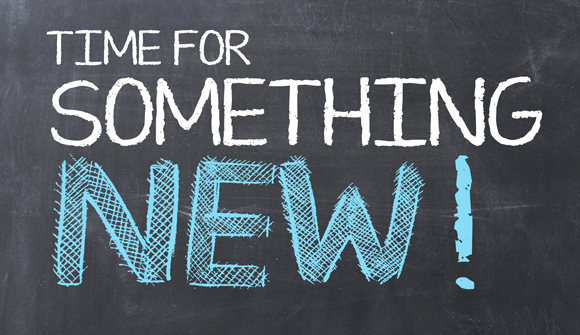 Dominant Social Theme: This market is going down, down, down … Or maybe not …

Free-Market Analysis: According to this article, there may be a crash in the fall, but investors should protect themselves, stay in the market and treat a crash as a buying opportunity.

The market is having a long-term bull run, according to this article, and investors should be expecting to take profits for many years to come.

This may be an overly optimistic perspective about what's going on. But that's the takeaway …

Soros also added significantly to several gold positions, a "safe haven" move that's typically made when investors suspect a stock market crash is on the horizon. And Soros wasn't the only hedge fund manager making defensive moves. Several, such as Carl Icahn, increased their holdings in energy stocks, and in particular energy stocks that pay a healthy dividend. That's also a type of hedge against a stock market crash.

Others have been snapping up 10-year Treasurys and buying more put options than usual. "You definitely are seeing managers reduce risk levels," Robert Duggan, a managing director at Skybridge Capital, told The Wall Street Journal. "'Cautious' or 'more defensive' are clearly things you hear when you speak with managers."

And yet these hedge fund managers don't seem to be bailing on stocks altogether. Some even increased their long positions. Soros, for instance – despite buying all those SPY put options – made big additions to several of his long tech positions, including approximately 1.2 million shares of Apple Inc.

… If you dig a little deeper it becomes clear exactly what Soros and his fellow hedge fund managers are up to – and it makes perfect sense. The apparent contradiction really isn't that much of a contradiction – it's Hedge Fund Investing 101. And right now it's the kind of smart move all investors need to be watching. This is about preparing for a short-term pullback while maintaining a long-term strategy.

This is just the first leg of a generational bull market," said Money Morning Capital Wave Strategist Shah Gilani – a former hedge fund manager himself. A generational market, Gilani explained, is a long-term market cycle that has averaged about 25 years in duration over the past 112 years.

… While it's impossible to know if a black swan event will cause a stock market crash in the next few months, buying a little insurance, George Soros-style, is a sound strategy. Retail investors could follow Soros' lead and buy S&P put options. Or they could buy some shares of "inverse funds" that rise when everything else falls. That would include, for example, The Rydex Series Trust Inverse S&P 500 Strategy Fund (MUTF: RYURX) and the ProShares Short QQQ ETF (NYSE Arca: PSQ).

… But one reaction investors absolutely must avoid in the event of any stock market crash is to run for the exits and never come back. "I'm a strong believer that you have to be in it to win it," Gilani said. "You need to stay in because after that crash there's nowhere to go but up."

We agree there could be a market event in the fall. We've written about it. But that's where much of our agreement with this article ends. We are certainly not sure that this is a generational bull market. As we've pointed out many times, it seems like a monetary one, not at all driven by fundamentals.

The article goes on to state that the "flattening of the world" (whatever that means) will spawn trillions of dollars in profits over time. The "insatiable" demand for resources and the expanding promise of technology will be the drivers of Dow 20,000 or 30,000, etc.

The article concludes with the thought that there is a "seismic shift" in the global economy that is driving profits in this elongated bull market. The problem is that we watched the golden bull being punctured several years ago and it struck us then, as now, that the mart's diminishment was inexplicable. Bull markets tend to travel to completion but junior miners have never yet been bid up, indicating to observers that the golden bull didn't end so much as it was suppressed.

What is obvious about modern markets is that they ARE manipulated. Between plunge protection teams, flash trading and central bank manipulations, bailouts and money printing, it's hard to avoid the conclusion that current equity markets must be among the most massaged ever.

The article makes the point that investors ought to protect themselves using various equity, futures and options strategies. Our idea would be that investors might want to participate in fundamentally new industries like cannabis. The cannabis industry IS actually being driven by fundamentals, as the industry is a new one and barely even underway. For at least some companies, where else is there to go but up?

When it comes to various investing strategies, we're a bit more dubious. These strategies make a lot of sense theoretically but if the dreaded market event hits hard, just see how effective they are in practice. Often, not very. Portfolio insurance was a miserable bust during the 1987 crash, and that's just one example.

If a crash does take place, central banks may well try to reinflate as fast as they can. This brings us to another "investment" idea, and one that the article doesn't mention: What's wrong with buying a little physical gold and silver? Surely a big market downdraft would be beneficial to money metals. Instead, the article provides us with the predictable paper currency bias.

Look to new industries like cannabis for long-term profitability. Look to gold and silver for wealth preservation. Stay in the market in the fall if you want, but hedge if you can, bearing in mind that not every hedge is honored during a market "crisis." More importantly, don't believe the hype. This is likely not a "generational" market.

These markets in the short term are definitely headed up. After a crash, they may head up again. But Western economies are broken and the next stage is likely going to be "going global." That's perhaps the plan, anyway. It will be interesting to see if we get there.

High Alert's VESTS model involves evaluating whether elite promotions will prove effective in the 21st century when so many have access to Internet-provided information and are thus far better informed than in the 20th century. Internationalists certainly want to globalize the securities industry. But the great mass of investors who are supposed to come along for the ride may not wish to do so this time.

And that could create a very basic and interesting equity alignment.