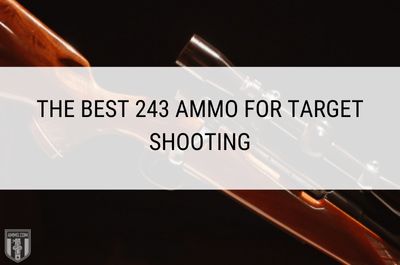 The 243 Win is one of the best rifles to take to the range due to its low recoil and flat trajectory.

However, the rifle ammo you choose significantly impacts the performance you get out of target shooting and hunting rifle.

Most of us use our 243 Winchester to hunt and take it to the range during the offseason. This is great, except if you use the same ammo, you know that gets expensive.

So we need a round that won’t break the bank yet will perform similarly to our varmint or deer hunting rounds.

So with this in mind, I began searching for a worthy compromise, and I found it! 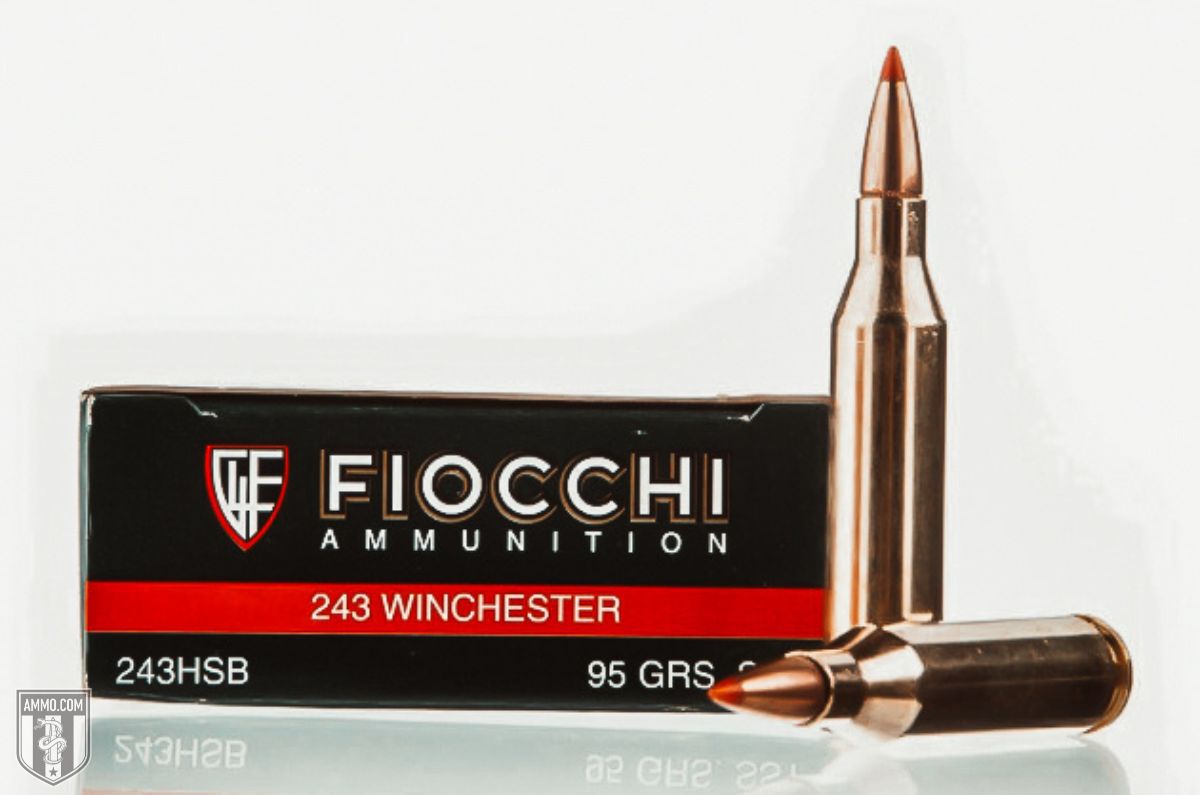 The Fiocchi 243 Win 95 Grain SST is one of the best compromises between a hunting round and a target round because it has heavier projectiles better suited for big game. Still, they’re not too big to be overkill for most medium-game animals like coyotes, antelope, and other deer-sized game.

However, they are a bit overkill for small game animals like prairie dogs.

Because these aren’t cheap centerfire rifle rounds, you can expect to get your money’s worth out of them. Meaning they’ll fire when you pull the trigger.

They’re not the cheapest nor the most expensive rounds, which makes it a little easier to convince your significant other that these rounds are a good deal!

I like that you can use this ammo year-round, so you won’t accidentally get differing bullet weights mixed up and miss the buck of a lifetime because you were sighted in for your target ammo. It’s all the same, so once you’re zeroed in, you’re good to go with only minor adjustments.

The polymer-tipped bullets have a higher ballistic coefficient (BC) than traditional soft-point bullets, meaning they cut through the air better.

The Hornady 75-Grain V-MAX is a little more expensive, but the bullet travels faster because it’s lighter. This also means it will have a light recoil compared to heavier bullets.

Hornady is a brand trusted by many shooters and hunters that makes high-quality ammo for handguns, semi-auto, and bolt action rifles.

The Hornady American Whitetail 100 Grain Interlock Spire Point Boat-Tail is an excellent choice if you’re primarily a deer hunter who enjoys occasionally going to the range. The 100-grain bullet is less than ideal for small game animals and has a little more kick, but these rounds are reasonably priced. 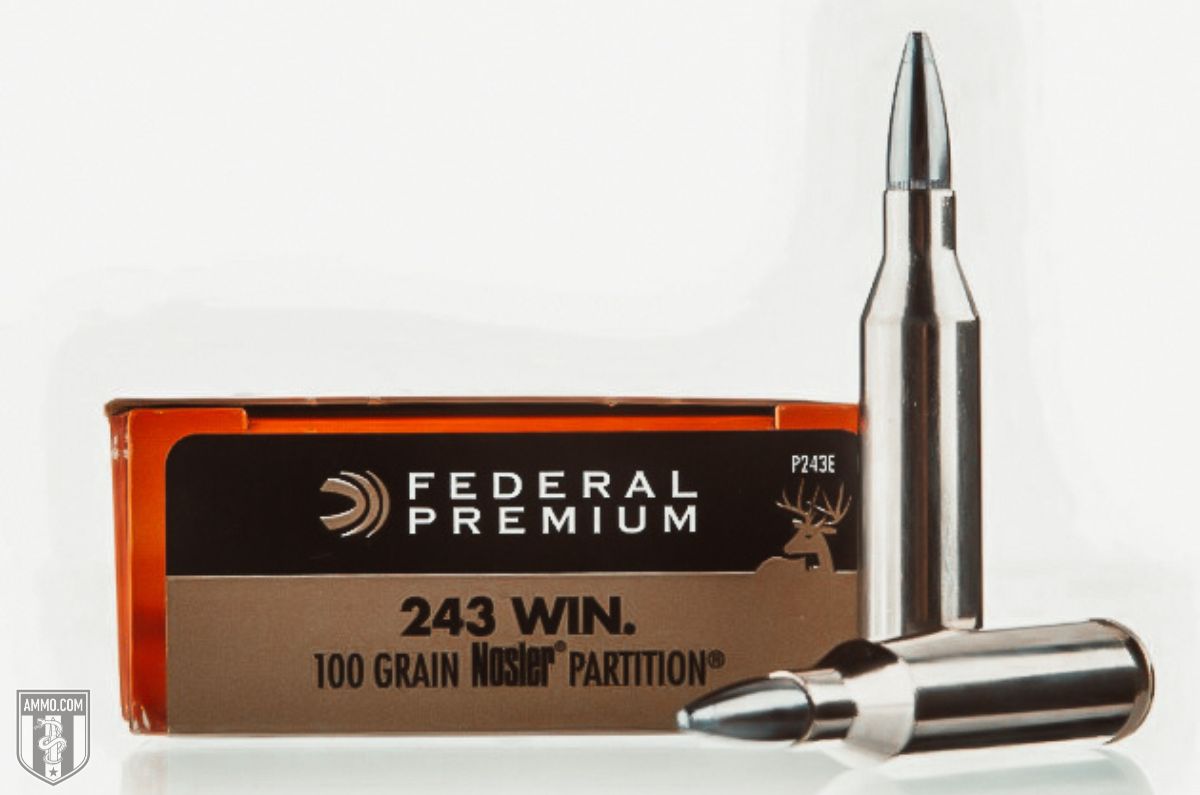 Federal Premium is another brand trusted by many shooters and hunters. Despite having premium in the name, the prices are reasonable, and you still get high-quality ammo.

The Federal Vital-Shok 100-Grain Nosler Partition SP has a 100-grain bullet that will resist wind drift better than lighter bullets. However, it will have more recoil and a more arched trajectory than the lighter, faster bullets.

Because the 243 Winchester is a popular rifle cartridge for deer hunting, this ammo is often challenging to find, especially during deer season, because it’s designed for mule deer, whitetail deer, and antelope hunting.

The heavy bullet also lowers the bullet’s velocity, so if you’re looking for a high-velocity bullet, this one isn’t for you.

However, if you’re looking for a bullet with solid ballistics for hunting and target shooting that’s reasonably priced, Federal Premium Vital-Shok is worth a look.

These Nosler Ballistic Tip bullets have set the standard for polymer-tipped ammo, with many 243 Winchester ammunition manufacturers using them in their rounds.

They’re primarily designed for hunting; however, the boat-tail and polymer-tipped bullets increase the accuracy of this round for target shooters as well as hunters.

The Remington Core-Lokt 95-Grain Polymer Tip offers hunters match-grade accuracy and long-range ballistic performance at a very reasonable price without sacrificing much bullet weight. I especially like that Remington loads this 243 Winchester ammo in the USA.

The least expensive to make the honorable mentions is the Winchester Power-Point 100-Grain. Instead of a polymer-tipped bullet, it’s a jacketed soft-point, so the accuracy will slightly decline, but you won’t notice it at typical hunting distances. 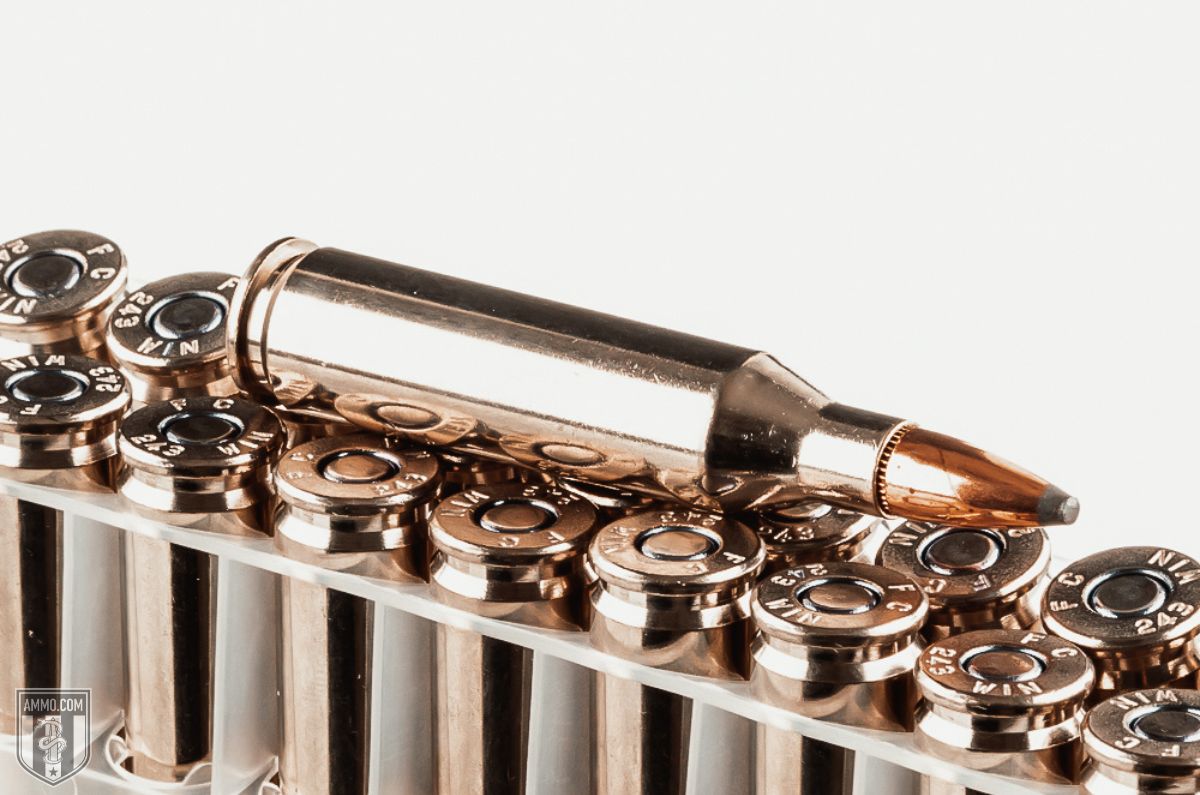 The light recoil of the 70-grain bullet makes the Sierra Prairie Enemy very accurate, plus its high velocity keeps it flat shooting when at longer distances.

The high velocity also helps fight wind drift, but eventually, the wind will win against this lightweight bullet and push it off course.

The brass might look a little different since it’s nickel-plated. However, it’s reloadable, so if you’re looking to save a little money by reloading the brass, you can start with these rounds.

For the price of these rounds, you should save all the brass you can find.

The Winchester Varmint X 58-grain ammo has a higher velocity than the Sierra Prairie Enemy; however, it’s a much lighter bullet that will be affected by wind drift even more.

The polymer tip allows for rapid expansion of the hollow-point bullet to kill a coyote or prairie dog ethically.

A more expensive option for a heavier bullet is the Norma TipStrike 76-grain. The heavier bullet will resist the wind better and maintain a high velocity and solid muzzle energy.

The reason for so many ammo manufacturers and the variety of ammo they all make within the same caliber is that no one ammo fits the needs of every shooter or hunter.

When choosing the best 243 Winchester ammo, keep your circumstances, rifle, and budget in mind.

Your circumstances will vary depending on the time of year, what you’re hunting, or the distances you want to reach while target shooting accurately.

If you want to spend all day plinking at the range and accuracy isn’t a high priority, then using cheaper ammo will be the best option. However, if you compete, then you’ll need match-grade hand-loaded ammo.

When hunting, accuracy and stopping power are crucial to an ethical harvest. Make sure the ammo you choose allows you to make the best shot possible and has excellent penetration and bullet expansion. 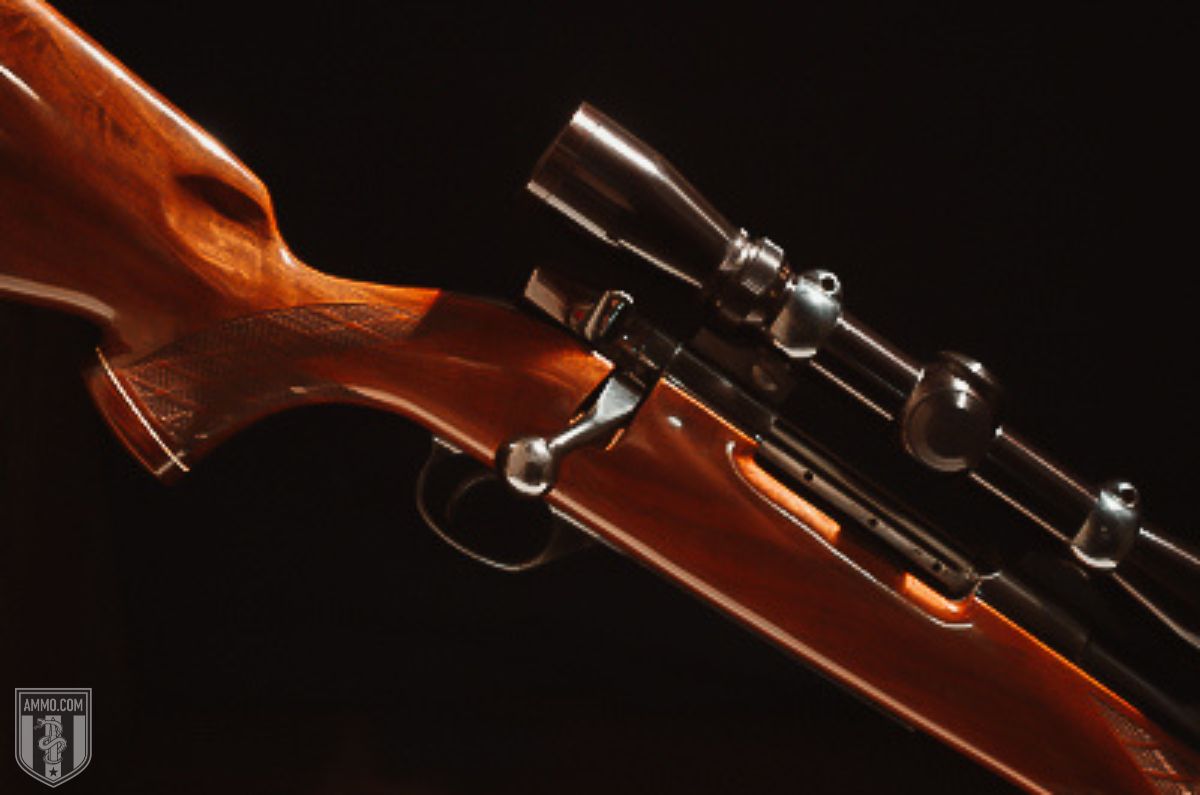 Choosing the ammo your rifle likes best is another essential factor to consider. The Browning BLR lever-action rifle will like particular ammo more than others. Most of the time, bullet selection is what factors the most to how well the rounds perform in your firearm.

Whether you have a Ruger American bolt-action rifle or a semi-auto Remington R-25 GII, all rifles will perform better with specific brands and ammo types, so don’t be afraid to experiment.

Apart from safety, your budget is probably the most significant factor you should consider. The price of ammo adds up quickly, especially when it’s over $2.00 per round. Even if you have to sacrifice a little velocity or muzzle energy, staying within your budget is worth it.

While we’re on the topic of budgets, I’ve got some tips to help you save money on ammo. However, they both require a higher up-front cost, but over time they will save you money.

Reloading your spent brass will help you save money because you will only pay the high price of factory loads once, then you’ll reuse the brass to handload another round.

Handloading also gives you complete control over the process so that you can craft the perfect round for your rifle.

As I mentioned, you’ll need to fork over the money up-front when purchasing the reloading press and all the necessary supplies. The money you save then depends on how quickly you can bust out high-quality rounds. 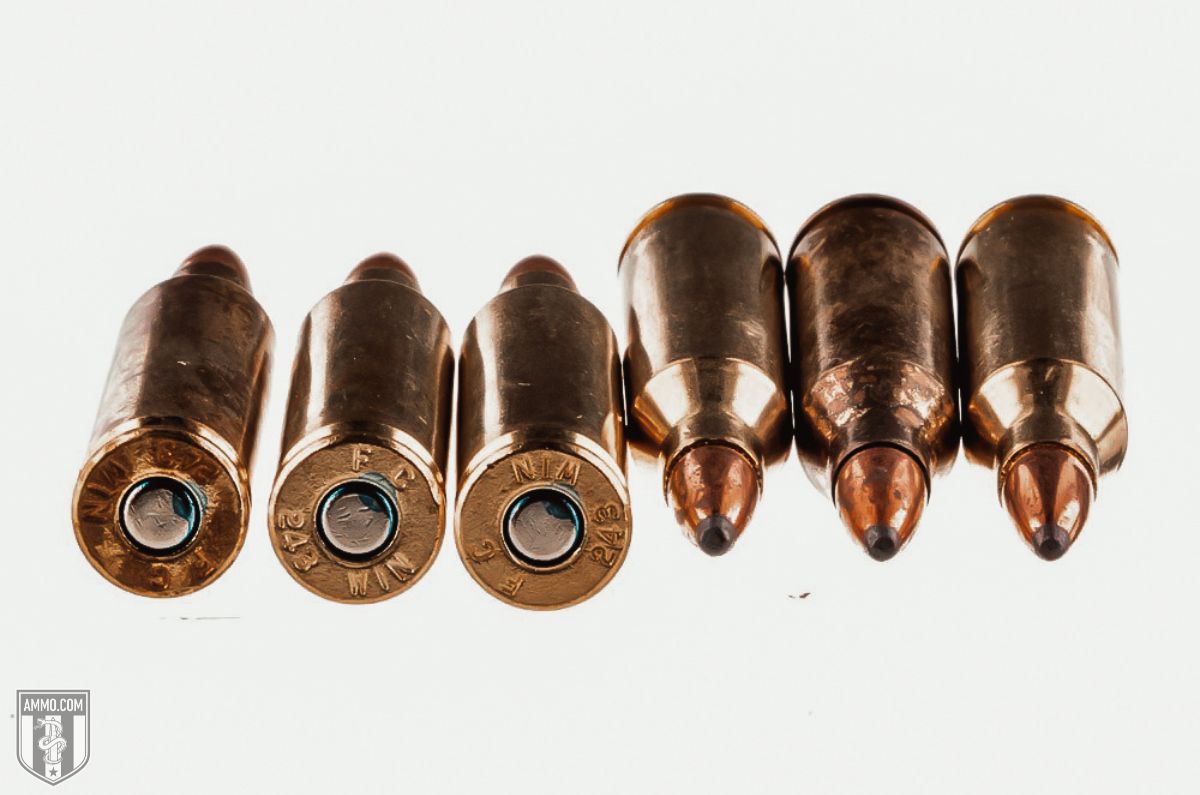 Purchasing bulk 308 Winchester or 243 Winchester rounds is a great way to save money. Ammo manufacturers and retailers will often be more willing to give a more significant discount per round when you buy in bulk.

So instead of buying 20 rounds at a time, you can buy 1,000 and save some money, but you’ll initially be spending more. You’ll spend less per round, so it’s cheaper each time you pull the trigger.

If you want to dive in, try combing buying in bulk with reloading to save even more money!

There are many 243 bullets, and each has its place and unique qualities that make it better in certain situations.

Soft Point bullets are primarily used for hunting because they deform on impact and cause a lot of damage. They’re most popular in states that don’t allow hollow points for hunting, but most hunters prefer hollow point bullets when they’re legal to use.

SP bullets are also popular amongst lever-action shooters because they’re less likely to accidentally fire when being loaded.

The JSP or Jacketed Soft Point is an upgraded version of SP bullets, as the jacket helps the bullet maintain its shape when fired. It’s often considered an in-between of a Full Metal Jacket and a hollow point.

Polymer-tipped bullets are hollow points with a plastic tip that increases accuracy and aids in even expansion. They’re most commonly used for hunting, but target shooters also see the benefit of these bullets.

Hollow Point bullets are most commonly used for hunting because they cause a more significant wound channel than an FMJ and are very accurate.

Their accuracy is increased with a polymer tip and a boat tail. A hollow point boat tail (HPBT) is a favorite amongst reloaders because they’re incredibly accurate and easy to work with when reloading.

Hollow points are not legal to hunt with in all states, so check your regulations before purchasing ammo.

While I believe the Fiocchi 243 Win 95 Grain SST is some of the best 243 ammo for target shooting, many other options are available depending on your needs and preferences.

However, because the 243 Winchester is such a popular caliber, it’s often difficult to find, especially in times of high demand.

The Best 243 Ammo for Target Shooting originally appeared in The Resistance Library at Ammo.com.