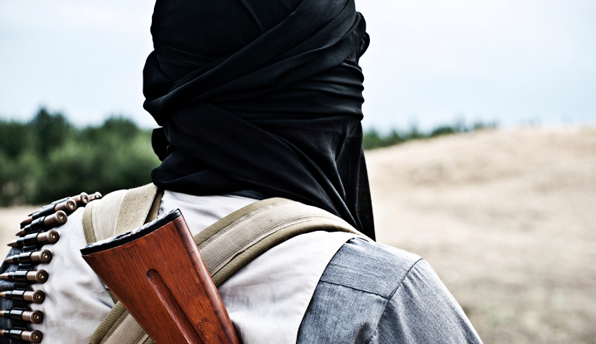 Free-Market Analysis: On Saturday, Tony Blair – former UK Prime Minister – wrote an extraordinary editorial that appeared in the UK Guardian and argued that religious extremism is the globe's main source of conflict.

In our analysis here we've utilized the text of a follow-up article that appeared in the Guardian. Certainly, it is an editorial that can use commentary. In fact, for meme watchers like ourselves, it lays out in a perfectly transparent way how dominant social themes are created to build what we call directed history.

In this case the globalists who are neck-deep in these manipulations are steadily creating havoc in Northern Africa and the Middle East. But you can actually trace this manipulation back to 9/11, when Muslim extremists, trained in a high-tech cave (that has never been found) supposedly blew up the World Trade Towers in lower Manhattan.

The meme was then expanded when President George Bush attacked Iraq and Afghanistan. It was buttressed when the UN and Foggy Bottom got together with France to attack The Ivory Coast. A Muslim regime resulted.

In short order, Foggy Bottom produced "color revolutions" supported by a carefully trained youth movement that took down first Tunisia, then Egypt, then Libya and is now targeting Syria.

In EACH case, these "revolutions" surely assisted by the CIA, MI6, etc., removed a sitting SECULAR government and substituted a theocracy of sorts, including elements of the CIA-controlled Muslim Brotherhood.

Let's not forget the spreading blight of fundamental Wahhabism, which is amply funded by Saudi Arabia – in turn supported by the US.

Of course, there is Iran. There is plenty of reason to be suspicious of Iran and its current theocracy. Khomeini, stashed in France, supposedly grumbled all the way back home in the late 1970s. He didn't like Iranians and didn't want to return. Perhaps he wanted to go to England; in fact, several reports have claimed that his father was MI6.

Looking at the sad (admittedly speculative) reality of the above, one must be struck by the energy with which the West has attempted to place Islamic-based governments throughout the Middle East and Northern Africa.

Tony Blair, of course, recognizes none of this. Yet it must be common knowledge in Blair's rarified circles that the West is committed to the further polarization of East and West through religious divisiveness.

Referring to wars and violent confrontations from Syria to Nigeria and the Philippines, Blair, writing in the Observer, argues that "there is one thing self-evidently in common: the acts of terrorism are perpetrated by people motivated by an abuse of religion. It is a perversion of faith."

Identifying religious extremism as an ever more dangerous phenomenon, the spread of which is easier in an online age, he says: "The battles of this century are less likely to be the product of extreme political ideology, like those of the 20th century – but they could easily be fought around the questions of cultural or religious difference."

The former prime minister, who led the country into the Iraq conflict in 2003, appears to acknowledge that previous aspirations to export liberal democracy focused too much on political objectives. But sources close to Blair insist that he is not in any way indulging in a mea culpa over past interventions by the west, including in Iraq.

In the future, he writes, "the purpose should be to change the policy of governments; to start to treat this issue of religious extremism as an issue that is about religion as well as politics, to go to the roots of where a false view of religion is being promulgated and to make it a major item on the agenda of world leaders to combine effectively to combat it. This is a struggle that is only just beginning."

The promotion of religious tolerance, both within and between countries, states Blair, will be key to fostering peaceful outcomes around the world in the 21st century. He uses his article to announce the creation a new online forum and database run by his Faith Foundation in collaboration with the Harvard Divinity School, which he hopes will become the world's leading source of information and debate about religion and conflict.

We can see in the last graf of this excerpt that Blair is beginning a new online forum that will be supported by his own "Faith Foundation" and also the Harvard Divinity School.

This is not the only religious activism we've noticed recently. The new Pope of Holy Rome is increasingly active within the context of what we would usually identify as dominant social themes. Supposedly, he is soon to come out with an encyclical that will deal with the overwhelming problem of, wait for it … global warming.

We can see the rough outlines of further memes emerging. As these religious "troubles" escalate, Western dignitaries like Blair will offer to moderate such problems. Of course, no one will bother to mention that Western facilities and Intel operations created the faith-based instability in the first place.