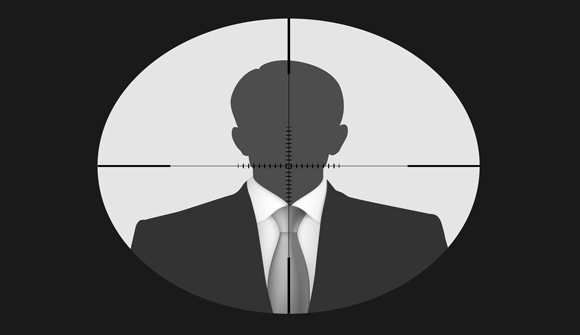 British Politician Warns Trump ‘CIA Is Plotting Assassination’ – British politician George Galloway has warned Donald Trump the American deep state is engaged in a “soft coup d’etat” and the CIA is planning to assassinate him. “There is a clear and present danger on his life.” -Your News Wire

George Galloway is a somewhat popular but wildly leftist, English politician who says thing that other pols avoid. That’s why it’s no surprise that he is behind this assassination story.

Galloway has been involved in the Iraq-oil-for-food controversy along with numerous other controversies and has been kicked out of the Labor party years ago for making statements against the Iraq war.

His statements regarding a potential Trump assassination are similarly incendiary but like some other statements are, nonetheless, surely agreed to by some other British politicians and mainstream voters as well.

If I were him, I wouldn’t be going near any grassy knolls. I wouldn’t be on any motorcades in Dallas. I wouldn’t be traveling in an open-top car. “I’d be very careful if I was Donald Trump about my personal security. I think I’d have to employ guards to guard the guards.“

Galloway, who has served 31 years as an elected British Member of Parliament, also dismissed claims that Russia was interfering in US politics – and instead pointed the finger at British intelligence services.

“It turns out it was Britain that was interfering in the US presidential elections – not Russia. At least I’ve seen no evidence the Russians were, but there is plenty of evidence emerging about the British role.

Galloway’s remarks regarding a potential British role in any assassination is part of a large position that he has taken in the past regarding Britain. He makes no secret of this position that holds England in particular has a long history of smearing other governments.

“In 1925 something called the Zinoviev letter helped to bring down the first ever Labour government in Britain. It purported to be a letter from the head of the Comintern, Gregory Zinoviev, to his lieutenants in British politics … It had been produced by, you guessed it, British intelligence services. That bought down the Prime Ministership of Ramsey MacDonald – and this one is aimed at another Donald. Donald Trump.”

Galloway also says the coalition assembling in Washington against Trump is unusual because of its large size. In addition to the usual overt military industrial constituencies, it includes the Democratic opposition.

Galloway says the newly enlarged coalition has mixed Democrats in with Republicans they’d previously not had contact with such individuals such as John McCain. They have embraced the CIA as well, even though they know its communiques are often propagandistic and pro war.

It is the pro war element that Galloway is the most emphatic about. He claims that ultimately the entire coalition is pro-war because that’s how the groups involved make  money.

Galloway says that Trump wants to make money in ways that don’t involve war but that the top American outfits have found war to be the easiest way to make massive profits. For this reason, he says, Trump has been targeted.

Trump himself is aware of the bad blood between him and the CIA but may not believe it runs as deep as Galloway thinks it does. But, it is true, he is now proposing that the CIA is directly involved in leaking in various Tweets.

Conclusion: He may hope that his selection for the new CIA boss, presumably happening next week, will make a difference and bring the CIA under control. But many elements of the CIA are not directly under the control of the new head. Trump may be miscalculating.