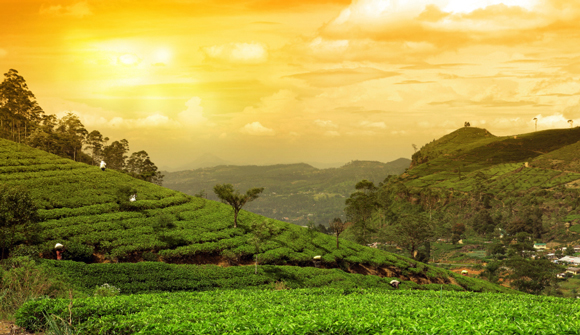 I met with the staff in charge of agricultural assistance at the World Bank and other international aid agencies, but no one recalled hearing about a Chinese pledge to provide $800 million for rice production or any stories of public outrage or government denials of a plan to bring in Chinese settlers. At the International Monetary Fund's Maputo office, a staff member who had been tracking Chinese investment in Mozambique told me, "Agriculture is a priority area for the Mozambique government. A group of prominent Frelimo people want to find investors for the Zambezi valley. They have offered special tax incentives. There is Chinese interest, but nothing firm." – Quartz

Free-Market Analysis: This article in Quartz is actually an excerpt from a book, Will Africa Feed China? Since the full book is not available in the magazine, it is a little difficult to figure out the nuances of the argument it's making. But it seems clear that the author intends to debunk at least the most hysterical tales of a worldwide Chinese takeover.

Interestingly, as we can see from the above excerpt, a lot of the excitement – and fear – about Chinese investments may be exaggerated or simply untrue. Additionally, Chinese demand may have been damped by the recent China market collapse.

Fortunes of some of the country's most successful entrepreneurs have been considerably downsized. For instance, telecommunications entrepreneur Wang Jing, 42, possessed a paper fortune of US$10 billion in June. As of October 1st, that number had shrunk to US$1 billion.

His US$500 million investment into a $50 billion Nicaraguan Canal now looks a good deal more significant considering it comprises one-third of his net worth. The venture has attracted considerable, bitter opposition from locals.

It is surely true that around the world the Chinese have been purchasing various kinds of properties, developing others and buying farmland to feed its population of 1.3 billion. But as with the Japanese before, some Chinese activities are exaggerated and others simply don't exist.

The Chinese are now entering a new phase of "red capitalism." The recent Chinese stock market crash that wiped out some 30 percent of the market's value may well be a prelude to something worse. Nothing is guaranteed.

Last year, the IMF reported the Chinese economy was bigger than the US's "both in terms of raw GDP and purchasing power parity (PPP)." This was a most surprising statement and yet it seemed borne out by facts.

Alas, the Chinese boom of several decades turns out to have been fueled by the same mechanism as the West's booms (and inevitable busts) – central bank money printing. This ensures that over time the real economy and the manufactured one will diverge.

The central bank economy is chock full of buildings, roads, trains and facilities of the modern day that might not have been perceived as necessary were the economy functioning in a competitive market context

But the Chinese economy, like economies around the world, utilizes "funny money" – gushers of cheap credit available to those clustered around the currency spigot. The ones closest are the top businessmen and then a variety of government types vying to create bigger and better public works or vast quasi-private developments.

There is no thought given to cost or necessity. And why should there be? The money is there, waiting to be used. It is only occasionally that the economy implodes from all the overbuilding and then the central bank is stuck. Nobody wants any more credit. Nobody wants any more houses or cars or roads or skyscrapers.

It is for this reason that Chinese officials seem increasingly agitated about a potential Federal Reserve rate hike. Demand is down in China and around the world and China's economy is certainly demand oriented and still export driven as well.

An article in The Diplomat entitled, "China Warns US Not to Hike Rates" seems to confirm official nervousness. "Chinese Finance Minister Lou Jiwei warned that the United States should not raise interest rates, given slow economic growth in emerging markets."

The Chinese economy is in a delicate state right now and officials are doubtless working hard to avert further damage. It is hard to see how they will fully accomplish this feat, however, given what is related in another Diplomat article entitled "China Is Still Building Ghost Cities."

The Chinese ghost cities have been very controversial with many claiming they are an outcome of a disciplined and far-seeing Chinese central planning process. However, this article takes the position that these ghost cities are exactly what they seem, further evidences of an out-of-control real estate boom that will eventually lead to a bust.

Here from the article:

Plans for new urban areas would provide housing for 3.4 billion people — far more than China's total population … A new surge of urban development may create a new wave of "ghost cities" in China, as the country draws up plans to house as many as 3.4 billion people, far in excess of its current population.

These new urban areas would provide housing for 3.4 billion people – entirely out of line with actual demand from China's population of less than 1.4 billion … During normal urban development, large cities absorb smaller ones as they expand, but in many cases in China they have over-expanded, building entire new cities or districts which become under-occupied "ghost cities."

Li Tie, director of the National Development and Reform Commission's Center for Urban Development, is quoted in the article as saying that "urban development should take place through natural growth of functional zones, rather than artificial planning."

This is a significant statement given how wedded China seems to be to state planning. Perhaps this is a sign of changing priorities. Perhaps, finally, the Chinese will be prepared to tolerate a broader, deeper marketplace at the top, where it counts.

The Chinese invasion of the property market around the world was probably never as dramatic as it was made out to be. Like the Japanese invasion that supposedly occurred in the 1980s, Chinese purchasing worldwide will slow down and may even eventually hit a wall.

This happened to the Japanese during the 1980s boom-and-bust … and the most significant change could be seen in the price of real estate, which collapsed in Japan and gradually deflated around the world. Perhaps this will happen as regards China as well. Those who are interested in the kinds of purchases that the Chinese target such as farmland may find values gradually deflate or at least grow at a slower rate.

Farmland and other real estate will remain in demand, of course, depending on the region and domestic location. But it is certainly possible that Chinese price pressure may subside – and this in turn could provide an entry point for those who have been hesitant to purchase in heated markets.