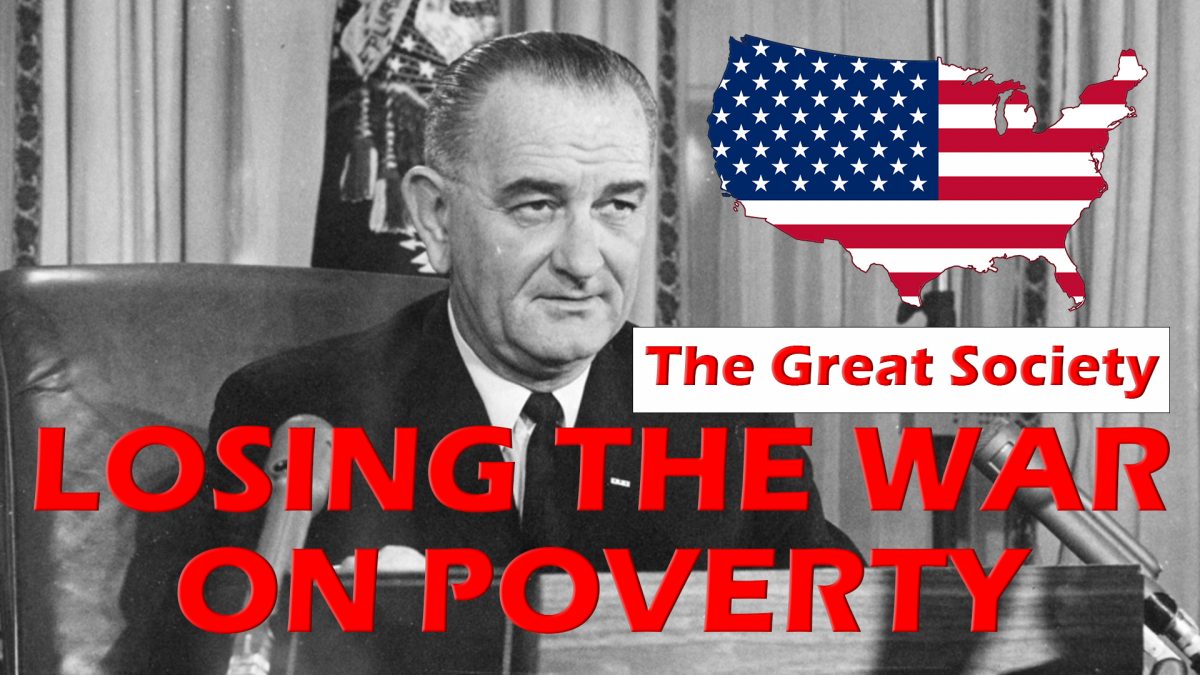 On January 8, 1964, less than seven weeks after the assassination of John F. Kennedy, President Lyndon Johnson gave his first State of the Union address to the nation.

Johnson could have played it safe by keeping the speech very short and spending the entire time paying homage to Kennedy.

But he didn’t. In fact Johnson only mentioned Kennedy three times in the forty minute speech.

And instead of reminiscing about the past, President Johnson laid out an ambitious vision for the future America.

Within literally the first 60 seconds of the speech, Johnson declared an “all-out war on human poverty and unemployment in these United States. . .”

He lived up to his word. Only a few months later, Johnson signed the Economic Opportunity Act into law, and the US federal government started doling out money to families in the name of alleviating poverty.

Over the next few years, Johnson spearheaded several other big spending and entitlement initiatives, part of what he called the “Great Society”.

And his dream was to provide healthcare, education, jobs training, retirement, and income security for all Americans.

These are all noble goals, of course. Eradicating poverty is certainly a nice idea.

But the fundamental premise is flawed. Government can’t eradicate poverty anymore than it can eradicate a virus.

Yet politicians consistently believe in this failed premise— that the government is supremely equipped to solve any problem as long as they throw enough money at it.

Yet in 1974, a decade into LBJ’s ‘all-out war’, poverty started rising again. Go figure— the 1970s saw the beginning of hardcore economic stagnation and debilitating inflation.

No amount of government support could counteract the destruction they were causing.

So essentially the United States government had declared War on Poverty… and Poverty won. It was a stalemate at best.

Even by 2015 there were still 47 million Americans on federal food stamps (now called ‘SNAP’), or roughly 15% of the entire US population. This can hardly be considered a victory.

Yet along the way they spent an enormous amount of money. They engineered inflation. They racked up enormous debts and deficits. And yet they never once bothered to question if the benefits of their Great Society were worth the costs.

Now they’re taking the same approach all over again.

First, governments locked citizens in their homes and shuttered businesses due to Covid-19, causing a massive spike in unemployment and lost income.

Then, to alleviate the financial hardships from their own policies, the US government sent thousands of dollars to most Americans through stimulus checks.

The CARES Act then handed out $600 per week through mid-summer 2020, and the Continued Assistance for Unemployed Workers Act sent $300 per week to the unemployed.

This month the Treasury Department will start sending an expanded child tax credit.

To pay for it all, the US government has borrowed $2.2 trillion just in the first nine months of the fiscal year— which would have been a record if not for last year’s $3.1 trillion deficit.

And most of that money was ‘borrowed’ from the Federal Reserve, which basically just conjures money out of thin air before loaning it to the Treasury Department.

So basically the government’s approach here is:

Obviously these people learned nothing from the failings of the Great Society.

All of this spending is supposed to help the poor. And yet the inflation they’ve created hurts the poor the most.