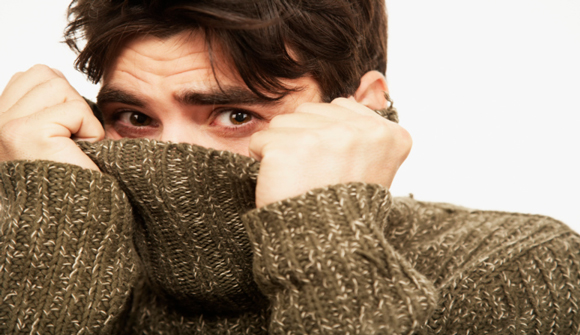 STAFF NEWS & ANALYSIS
Conspiracies – What Do You Believe?
By Daily Bell Staff - December 29, 2015

The truth is rushing out there: why conspiracy theories spread faster than ever … From 9/11 to the Paris attacks, from Ebola to Isis, every major global event attracts a corresponding counter-narrative from the 'truthers', some so all-encompassing that they take over people's lives. Are our brains wired to believe, as a new book argues? And could such thinking actually be beneficial? … The internet age has vastly accelerated the spread of conspiracy theories. – UK Guardian

Dominant Social Theme: There must be a reason why people believe crazy things

Free-Market Analysis: This is an article that argues against conspiratorial thinking based on a new book, Suspicious Minds. The book is written by Rob Brotherton, and the UK Guardian has devoted a fairly long article to Brotherton's thesis.

And what is that? Well … basically, the idea is that people are naturally prone to conspiracy theories because of the way their brains have evolved. "Identifying patterns and being sensitive to possible threats," the article explains, "is what has helped us survive in a world where nature often is out to get you."

Brotherton explains in the article that he decided that the best way to present his thesis was to avoid confronting conspiracy theories head on. Instead, he wanted to explain how people adopted such theories for psychological reasons.

"I wanted to take a different approach, to sidestep the whole issue of whether the theories are true or false and come at it from the perspective of psychology. The intentionality bias, the proportionality bias, confirmation bias. We have these quirks built into our minds that can lead us to believe weird things without realising that's why we believe them."

Like most personality traits, proneness to intentionality bias varies across the population. "Some people are more susceptible to it than others." And, Brotherton explains, there is a small but reliable correlation between that susceptibility and belief in conspiracy theories.

The article develops Brotherton's thesis but interestingly also profiles a Texan called Matthew Elliot who is apparently a recovering conspiratorial thinker, someone who once believed that there was a single elite entity that was intent on world domination.

Elliot, the article explains, was "in deep," believing around the turn of the century that Western governments were on the verge of military takeovers. The article quotes him as relating the following anecdote from 2004:

"I remember reading about Final Fantasy VII, a movie I was really looking forward to. My initial reaction was disappointment that it was two years away – because by then we'd be under military control."

The article relates that Elliot had begun to believe conspiracy theories after 9/11 and was further familiarized with them by a close friend who introduced him to the "notorious 'truther' movement."

"The way most conspiracy theories are laid out, one thing always leads to another, so from there I became convinced that a ruling group called the New World Order orchestrated everything. This would all lead to martial law and a complete removal of our freedoms," he says.

But now Elliot is a "recovering" conspiracy theorist, who has realized that his worldview was damaging his relationships with friends and family and also making him miserable.

In the article he explains in some detail how he changed his mind. He recalls that he began to look more closely at people in power, especially politicians. When he examined such people, he found that they spoke mostly in "platitudes and generalizations" and increasingly he found it impossible to believe that such mundane people could be involved in a global conspiracy to forcefully impose a New World Order.

Additionally, he says that his life was happy and he felt increasingly "free." "None of the doom and gloom predicted and promised ever came," he is quoted as observing. For these reasons, the article relates that he has shed his conspiracy theories and is presently unencumbered – and a good deal more content.

The article's tone regarding Elliot and people like him is fairly sympathetic, as Brotherton himself seems to be. The sympathy spills over to current events as well. The article makes the case that conspiratorial thinking is an understandable outcome of the Internet itself, which has "speeded everything up," allowing people to meet each other quickly and to share and reinforce each others' worldviews.

The article provides examples of how fast conspiratorial thinking develops nowadays, making reference to recent accusations that the French government organized that country's horrible terror attacks. This claim rests on the idea that ISIS itself is somehow a creation of Western governments, the article explains.

Another conspiracy researcher named Viren Swami is also quoted. He is a professor of social psychology at Anglia Ruskin University. He claims that belief in conspiracies has remained stable for many decades but that the circulation of new theories is a good deal more frenetic.

He is quoted as saying, "It's a symptom of a much more integrated world. The Internet speeds everything up, allowing conspiracy-minded individuals to connect and formulate their ideas. In contrast, it took months for theories about Pearl Harbor to develop."

Combine the speed at which conspiracy theories circulate with the "intentionality bias" that seems an inherent neuro-psychological phenomenon and you have an explanation for why the identification of conspiracies seems more common these days.

Brotherton believes it is difficult to combat people's attraction to conspiracy theory because when people's beliefs are attacked they often become more stubborn about them. Swami, according to the article, disagrees.

Swami believes it is possible to reduce "conspiracist ideation" (fixation) by encouraging people to think analytically instead of emotionally. He believes that formal education ought to "promote analytical thinking, to teach critical thinking skills."

But Swami doesn't put the full blame for conspiracy theory on its adherents or even a flawed educational system. He believes that regulatory democracy is to blame as well when it produces representation that is manipulative or corrupt.

People tend to lose faith in their representative system if they cannot trust those they are electing – and thus movements that encourage political and corporate transparency are very important.

"A lot of people have trouble accepting a big organisation's or government's narratives of an event, because they're seen as untrustworthy, they're seen as liars," argues Swami. Improved teaching and changes in political and business culture would undoubtedly help.

The trouble with Swami's approach is that it doesn't acknowledge that the system he wants to make more effective and transparent is not a marketplace evolution but the product of specific judicial and legislative decisions.

Modern corporations are the result of various formal decision-making processes including patent law and corporate personhood. The modern system is held in place by another artificial legislative creation – monopoly central banking.

Looking at the way financial and corporate systems have evolved, it is difficult not to see a deliberate pattern that emphasizes bigness and increased elite control.

If the thrust of legislative and judicial control at least over the past several centuries has been one of consolidation and concentration, one can certainly maintain that such an evolution was coincidental but the elongated time frame alone makes such a supposition dubious at least.

Then there is history itself and the differences between what is formally taught and what can be discovered on the Internet, which is often at variance with mainstream presentations.

Almost always, it seems, the official narrative avoids the factual reality that historical events concentrate power in fewer and fewer hands. This is especially true when it comes to wars being fought, especially by the West.

It is the Internet, of course, that helps us construct an alternative profile of events simply by allowing us to view a variety of modern and historical narratives. Eventually, a trend may become obvious and even predictable. It is this state of affairs that conspiratorial thinking responds to.

And it is for this reason that such thinking and analyzing is not going to go away anytime soon. The past two decades have ripped away the veil of the mainstream consensus and shown clearly that history, science and finance can be interpreted in many ways. The mainstream approach unfortunately can be seen, more and more, as offering justifications for the current sociopolitical environment rather than the aspects of more truthful narratives.

For many of us, understanding the reality of alternative perspectives has probably never been more important as globalists push toward their goals more aggressively than ever, leaving chaos, poverty and worse in their wake.

One ought not be lulled to sleep by bromides involving legislative transparency and conspiratorial "ideation." In fact, it seems more and more that those who wish for us to remain asleep – unaware of the rising tide of domestic and international manipulations – are waging war against those who are awake or awakening.

What do you believe?