The global depopulation agenda – driven from on high by the transnational likes of the UN and World Economic Forum – is very real, and more brazenly flaunted with each news cycle.

From global government to controlled supply line demolition, the last two years have vindicated the “conspiracy theorists.” Their wildest prognostications — which were easy to dismiss a couple of years ago — are proven, in hindsight, prescient.

Corporate media to peasants: ‘be a climate hero, kill yourself’

The corporate press, as aggregated here, is a half-step away from headlines like “Kill Yourself, Smother Your Children With a Pillow, and Pull the Plug on Grandma’s Oxygen Tank.”

The Guardian suggests six small lifestyle adjustments to do your part:

*Germany is already treating its feudal serfs to “Insektin Burgers” as substitutes for actual meat. The New York Times cuts to the chase and outright endorses cannibalism.

Cannibalism has a time and a place. Some recent books, films and shows suggest that the time is now. Can you stomach it? https://t.co/JzU1QRPYxV

You can’t eat beef anymore, you can’t fly on airplanes or drive cars, and you can’t buy electrical products until you’ve had your old ones for seven years.

Breathing also purportedly drives climate change, so we’ll have to do something to remedy that as well. 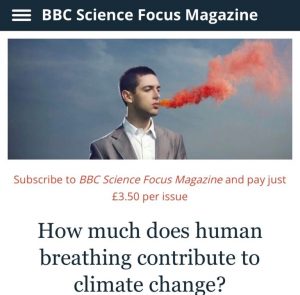 Will any of this be voluntary? BlackRock CEO Larry Fink indicates ‘no’

Just in case you still believed in the “democracy” fairy tale, Fink believes in “forcing behaviors” through his corporate policies:

Control is the goal of @BlackRock CEO Larry Fink, because that control enables him to “force behaviors.”

His goal is to force you to comply with his woke agenda, whether you agree with it or not. pic.twitter.com/GT7QSw6CKP

If you mistakenly thought that the COVID-19 Wuhan bat coronavirus emerged from a Wuhan superlab studying bat coronaviruses because that’s what all the evidence points to, think again, racist!

It actually came from overpopulation.

If overpopulation caused a global pandemic, obviously we need to do something drastic to compensate.

Does a 90% reduction in global population qualify as drastic enough?

Such an endeavor – so casually bandied about on the stage as if suggesting Thai for dinner — would make the Holocaust and the worst excesses of 20th-century communist dictators look like child’s play.

Why is it that none of these people commit to their purported ideologies and suicide themselves on stage in front of the world to set a good example?

Goodall means she wants you to suck it up and die for the Earth, not her.

Bloomberg – owned by a megalomaniac billionaire – wants you to understand that having a dog to emotionally cope with the modern dystopia is a creature comfort you don’t deserve.

“If you’re one of the many Americans who became a new pet owner during the pandemic, you might want to rethink those costly pet medical needs. It may sound harsh, but researchers actually don’t recommend pet chemotherapy — which can cost up to $10,000 — for ethical reasons.”

Aw shucks! It turns out that bankrupting the average blue-collar worker with forced lockdowns, handing his job to a robot, forcing him to let his dog die for climate change, and taking away all his material possessions raises suicide and drug overdose risk.

I’m sure this is heartbreaking news to the social engineers who openly advocate for depopulation.

Or maybe, rather, it’s cause for celebration?

Children now have the opportunity, thanks to an educational “activity book” supplied by Canadian Virtual Hospice, to learn all about the Final Solution as early as toddlerhood – and practice the reading skills they won’t need later in life because they’ll be dead, all at the same time! 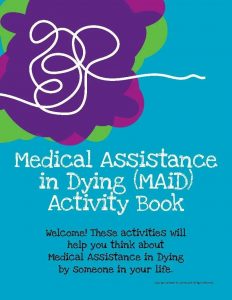 Check out your new techno-prison: ‘The Line’

That teaching-children-the-virtues-of-suicide thing is admittedly dark. To lift your spirits, take a gander at your new home, sweet home: a Borg-esque techno-cube that “consolidates” a traditional city’s “footprint.”

In other words, it packs 9 million “residents” into 34 square kilometers of living space. And, of course, there are zero carbon emissions. For the Earth.

There are no cars, all services are automated and centrally regulated, with “equitable views” to the nature outside.

What is this dystopian hell line city. pic.twitter.com/s7JxC9MsC5

Our imaginations rely on historical experiences. When imagining what the coming depopulation will look like, it’s natural to envision concentration camp-style industrial extermination programs, herding huddled masses crammed into boxcars into the gas chambers.

Ideally, that’s now how this is going to work. The technocrats plan to kill us slowly, by increment, by a thousand cuts, with plausible deniability, preferably by our own hand out of despair.

The aim is to achieve the extermination without the stark imagery and, therefore, to avert any significant pushback before the mission is completed.

If they can talk you into quietly dying via medical assistance in dying (MAID) in the privacy of your own techno-coffin in the Line, alone and hopeless, not stirring up any trouble for the overlords in the process, that’s how they’d prefer things.