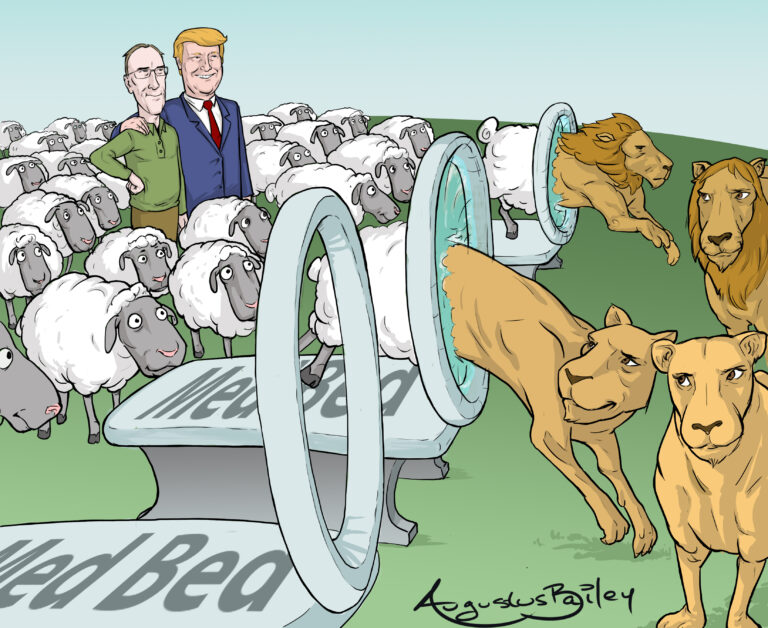 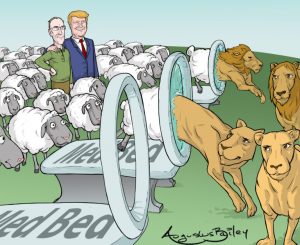 Have you noticed that something is “off” with the direction of “free” society in the post-COVID world? You are not alone.

To fight back against creeping authoritarianism, join the fight with the #UNRIG tour and join a like-minded community in the cause of human liberty.

No legal authority permits the United States government, nor the government of any other Western “democracy” to suspend rule of law indefinitely due to an emerging novel virus. Yet, such abuses nonetheless mount:

“Despite the unprecedented nature of this challenge, there is no sound justification for systemic erosion of rights-protective democratic ideals and institutions… With a gratuitous toll being inflicted on democracy, civil liberties, fundamental freedoms, healthcare ethics, and human dignity, this has the potential to unleash humanitarian crises no less devastating than COVID-19 in the long run.”

“Never let a crisis go to waste” is the mantra of the Western elites. As the authoritarian paradigm flow chart goes:

In this scenario, the “problem” is the pandemic. The “reaction” is widespread fear and uncertainty on the part of the population (fueled by the breathless fear-mongering in the corporate press that intentionally pours gasoline on the fire of public panic). The “solutions” are social and economic lockdowns that have remained in place.

In the US context, the latest COVID-related assault on freedom of movement, freedom of assembly, and other Constitutional protections has been the proposal of “vaccine passports”.

The central idea is that these digital certificates termed “passports” will be required to perform everyday tasks like going to the grocery store, enrolling your kids in school, and accessing public transportation:

“[The Biden administration is] currently working with a range of companies on the standards, including non-profits and tech companies… Multiple government agencies are engaged in conversations and planning, coordinated by the White House, as this kind of system will play a role in multiple aspects of life.”

The Department of Health and Human Services has heavily coordinated the development of this “vaccine passport” project:

“The administration’s initiative has been driven largely by arms of the U.S. Department of Health and Human Services, including an office devoted to health information technology, said five officials who spoke to the Post on the condition of anonymity.”

The “vaccine passport” system is modeled on the Chinese social credit score system, a nightmarish imposition on the Chinese population that bars access to restaurants, hotels, schools, and even housing for individuals and their families who fall out of the good graces of the state.

The CCP has spent early 2021 lobbying the World Health Organization (which it heavily subsidizes and therefore exerts control over) to allow it to create the international passport system of the future:

“Cooperation between WHO and China would be a powerful combination to promote the matter fast with a mature technology while guaranteeing public trust, Chinese experts noted….The certificate includes nucleic acid test and serum antibody results, vaccine inoculation and other information. It has an encrypted code that allows authorities to verify the holder’s personal information, according to China’s Ministry of Foreign Affairs.”

Despite the public role that the Biden administration has played in the development of domestic US vaccine passports modeled on the Chinese credit score system, popular dissent from the US population has forced it to play “hide the ball” regarding its true role in propagating this Orwellian social control scheme.

“The government is not now, nor will be, supporting a system that requires Americans to carry a credential. Our interest is very simple from the federal government, which is Americans’ privacy and rights should be protected, and so that these systems are not used against people unfairly.”

Note the weasel words – “the government is not…”; “… from the federal government…;” etc. The White House Press Secretary does not offer pre-scripted responses to public outcry off the cuff; this language is carefully crafted to allow for the true Trojan Horse: the de facto enforcement of “vaccine passports” by the private sector.

According to multiple polls, roughly 40% of Americans are not interested in getting the COVID “vaccines” – which utilize novel mRNA technology with temporary “emergency” authorization from the FDA (not full approval) and no long-term studies to support their safety or efficacy.

What is to be done to remedy this hesitation on the part of American citizens exercising control over their own medical choices? Here, the interests of state and industry coincide: the state sees opportunity for increased power and the pharmaceutical corporations see dollar signs.

Also, as is the case in other industries, the government-to-pharma public-private “revolving door” builds the structural incentive for mutually beneficial cooperation. 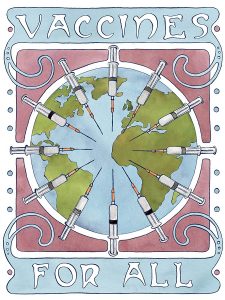 Hence, the line between the corporation and the state is blurred — a distinction without a difference.

If the US government cannot mandate “vaccines for all” as a matter of law and policy due to Constitutional constraints, it can use the so-called “private sector” to do so:

“The White House said it expected the private sector to take the lead on verification of COVID-19 vaccines, or so-called vaccine passports.”

“Take the lead” they have:

“At least 17 [US] companies or nonprofits are developing websites or apps that might be used by sporting venues, restaurants and other businesses seeking to keep their customers and employees safe, according to… the executive director of the Health Innovation Alliance, a broad coalition of health providers, tech companies, employers and insurers.”

If the truly horrific PR rollout of “vaccine passports” has one central lesson to teach, it is this: whether the federal government mandates them or whether they become de facto law by corporate fiat, the end result is the same – namely, fewer liberties for you and your family.

Join Robert Steele, Kevin Jenkins, and the rest of the cast of swashbuckling rebels in the fight on the #UNRIG tour coming to a city near you — America’s “Great Conversation” about the Constitution, the Truth, & Family Values.