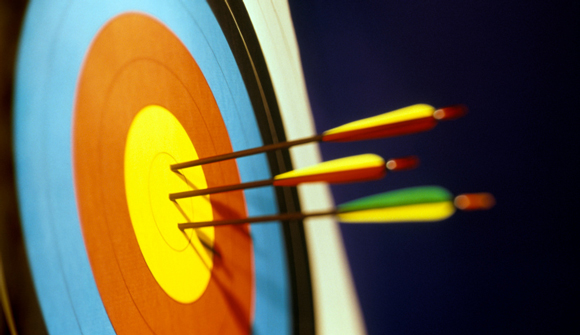 STAFF NEWS & ANALYSIS
Could We Have Been Any More Correct About the Stock Market?
By Staff News & Analysis - November 28, 2013

Richard Duncan: Fed Targeting 20,000 on the Dow … Richard Duncan—author, former specialist at the World Bank and consultant to the IMF—says the Federal Reserve plans to stimulate the stock market by 10-15% each year for the next two years. "My opinion is that credit growth will remain insufficient to drive economic growth and, therefore, the Fed is going to have to continue [its efforts] through fiat money creation; and their goal is 10-15% appreciation of the stock market a year in order to create a wealth effect and push up asset prices to create consumption and to drive the U.S. and global economy," he explained in a recent interview with Financial Sense. – Financial Sense

Dominant Social Theme: The stock market is going up. One way or another …

Free-Market Analysis: We've been banging the drum regularly for higher highs on the stock market, and here comes Richard Duncan in a Financial Sense interview to confirm our perceptions.

Of course, predictions are not necessarily reality, but Duncan sees what we do. His reasons are slightly different than ours, to be sure. We believe top central bankers are trying for one final "blow-off" before trying to create a more globalized currency.

Duncan still sticks to the idea that US central bankers are essentially good-hearted people intent on enriching the economy via monetary stimulation. The wealth-effect is what is sought, he explains. And that can only come by stimulating the stock market.

If Richard's analysis is correct, that means the Fed has a target of around 20,000 on the Dow before backing off its quantitative easing program.

To determine his figure, Richard looks at the five major sectors that drive credit growth in the U.S.: the government, Fannie Mae and Freddie Mac, the household sector, the corporate sector, and the issuers of asset backed securities.

Collectively, they must expand credit in the economy by a certain amount each year or else the economy rolls over.

"Going back to 1952 there have been only 9 years when credit grew less than 2%, adjusted for inflation. And every time that happened there was a recession. And the recession didn't end until there was another big surge in credit expansion," he said.

"None of those sectors look like they're going to expand their debt enough to make credit grow more than 2% adjusted for inflation. Thus, the Fed is going to have to continue QE for the foreseeable future to make up for the shortfall, if they want to try and prevent credit contraction and another subsequent recession."

To understand how long the Fed can continue to monetize U.S. government debt and keep interest rates suppressed without major risks, Richard points to Japan, where debt to GDP is near 250%.

Duncan's Japanese analogy doesn't provide us with much comfort. Japan is a thoroughly damaged country. The corporate sector demands that its workers place employment ahead of family and work up to six days a week, and up to 12 hours a day. Its young people are foregoing relationships and even sex.

But our biggest issue is with Duncan's rationale. We are well past the point of believing that central bankers do what they do for idealistic reasons – or even for the "larger good." Were that so, more of them would be speaking out against the system itself. Instead, they not only acquiesce to the system and contribute to it; they also actively aggravate what is bad and empower what is worse.

Central bankers have no idea what the ramifications of their monetary policies might be. Rashly they fix the price and volume of money using backwards-looking indicators that must fail to take into account where the economy is at the point of decision making.

This is one of the reasons that the Fed in particular has had to take "unusual" measures with the US economy in the past half-decade. By keeping rates so low in the mid-2000s, the Fed aggravated the real-estate bubble and eventually caused chaos worldwide.

And now we are asked to believe they are making the same mistake again, and for the same good-hearted reasons. Duncan not only gives them the benefit of the doubt – or so this article indicates – he even provides us with an honest assessment of how the system really works and why it is not in any sense "capitalism" anymore.

So, the government does have the ability to continue directing the economy through fiscal spending and quantitative easing so long as inflation doesn't rear its ugly head."

Although many people think the Fed's efforts are undermining capitalism and free market forces, Richard says that once we severed the link between gold and the dollar under Nixon, capitalism was no longer the force driving economic growth. Now, he says, we have "Creditism."

"We have to understand that our economic system now is not capitalism in the sense that it used to be in the 19th Century. Now the government is directing the economy one way or another, either through budget deficits or fiat money creation or a combination of both.

While we certainly agree with Duncan on this point, the equanimity with which he seems to announce this vast evolution is bothersome. One expects a little more, well … passion. What Duncan is saying is that the US is basically a fascist state in which the private sector is instructed to carry out government wishes.

At the end of the day, however, all these "isms" are somewhat immaterial. Authoritarianism is a moving target. Today government – and its central banks – utilize the private sector for policy purposes. Tomorrow, government may see fit to move those levers directly.

In the meantime, there can be no doubt – as we have observed – that the plan is to take the stock market a good deal higher. While equity purists shall object that when earnings decouple from prices a crash is near, we would beg to differ. Volatility is certainly headed our way. But not necessarily an earth shattering crash, or not yet anyway.

Markets are strange beasts. Pumped up by modern fiat money, they can go higher than one might expect – and then stay down longer, as well, as Japanese markets have.

Our bet is that the top men who want to see yet another equity surge get their wish, at least to some degree. How far up the markets go and how long they stay there is anyone's guess, especially given the cynical nature of this latest gambit. But we do agree with Duncan that there is room to move the markets higher and that this leveraging is surely going to be applied.

Now you've heard it from someone else, too. What's going on seems fairly clear. Let's see if they can pull it off.