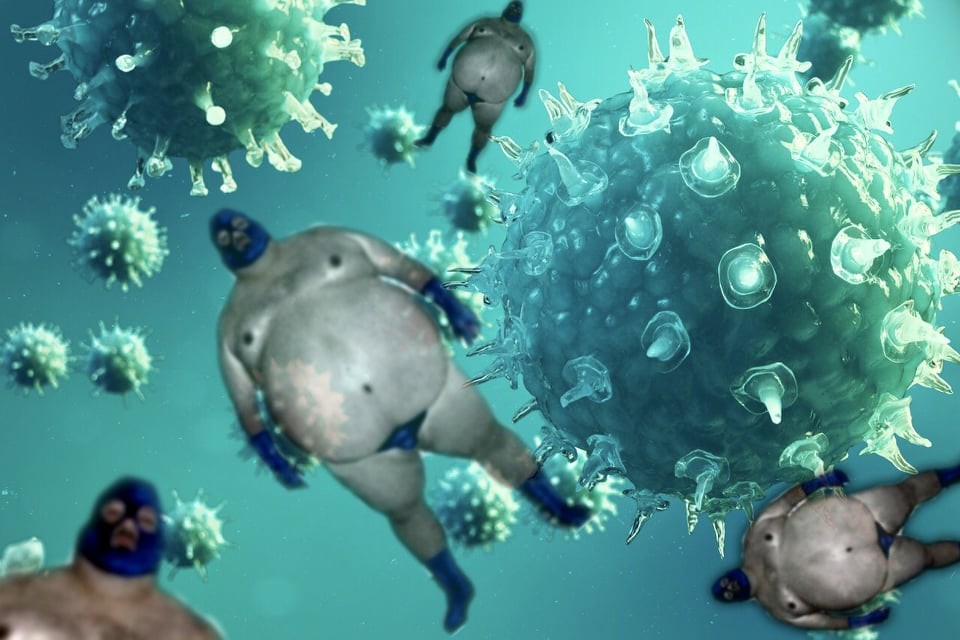 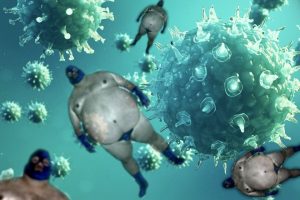 In a recent lucid dream I had, tourists (me among them), were laid out under the hot sun in some mountain retreat where you might expect to find a monastery.

A bearded, robed man — the obvious spiritual leader — walked among his subjects upon the grass, who each held cellphones above their heads.

The bearded shaman methodically rotted off their limbs one by one with a magic wand while his victims livestreamed their peers’ dismemberments, and then their own, on social media.

“This is insanity,” I pleaded with them. In reply, they looked with vacant black holes where they eyes should have been, scoffed and sneered, and continued to broadcast their own mutilation in celebration – as if I were the crazy one.

Being social animals, isolated humans are scared, weak, and prone to a slew of psychological pathologies:

“The severe and often irreparable psychological and physical consequences of solitary confinement and social exclusion… range from progressively severe forms of anxiety, stress, and depression to cognitive impairment and suicidal tendencies.” 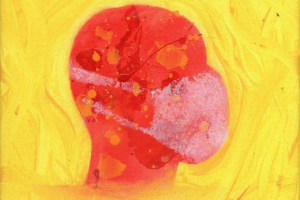 Locking individuals in their homes ensures all but the strongest potential insurgents will wither under the pressure.

It speeds the disintegration of civil society by weakening its component parts and further burdening already-stretched healthcare services with brand-new ailments.

Where do people turn when their lives are inundated with despair? Some turn to ancient comforts like religion; others inevitably turn to mind-altering chemicals to escape, which is exactly what analysts predicted would happen due to COVID lockdowns:

“Macroenvironmental changes that began during the COVID-19 pandemic, such as increased physical isolation, mental health stressors, economic insecurity… persist and may be associated with the continuing increase in overdose-related mortality nationwide.”

There is no “maybe.” Speculation has turned into recorded empirical fact. The data is in.

Here is the fallout.

“Telling loved ones you’re only bringing up the issue because you really care about them can communicate you’re speaking from a mindset of love and concern.”

Translation: “weaponize good rapport and mutual empathy within your social network to leverage it in favor of the corporate state’s agenda.”

“Fear, not surprisingly, is a powerful emotion. For those who don’t fear the virus, fear of losing their job may be the answer to getting them vaccinated.”

The clinical data bear out what anyone with common sense and basic understanding of human development knows instinctively:

“With limited stimulation at home and less interaction with the world outside, pandemic-era children appear to have scored shockingly low on tests designed to assess cognitive development…

Watch: They Accidentally Admitted Masking Kids is Harmful to their Development

Infantilizing the Public Back Into Psychological Toddlerhood: COVID Slave Asks if He Should Wear a Mask While Showering

Like a skilled domestic abuser, the corporate media has perfected the art of blaming the victim for their own abuse.

“Experts are of the opinion that unvaccinated Germans are the primary cause of the present outbreak…. Early in the year, she had warned that at least 85 per cent of the whole population** would need to be vaccinated to avert a delta variant-fuelled crisis in the health care system.”

*More of the “experts say” hustle: a.) to blur the lines between speculation and fact and b.) to gaslight the citizenry of the West into second-guessing their own intuition and rationality and outsourcing it to “experts” handpicked by the corporate state.

**The goalposts for the level of vaccination necessary to achieve “herd immunity” and allow the public to regain its freedom constantly shift to meet the demands of the current narrative. Conveniently, the narrative is always “more vaxxes, more lockdowns.”

Warlord Anthony Fauci, vaunted “public health expert” who allegedly “respects the science.” admitted to intentionally moving goalposts to match his political agenda relative to what he thought Americans would accept based on polling data:

“When polls said only about half of all Americans would take a vaccine, I was saying herd immunity would take 70 to 75 percent. Then, when newer surveys said 60 percent or more would take it, I thought, ‘I can nudge this up a bit,’ so I went to 80, 85.”

All this gaslighting, despite the clearly established fact of vaccinated transmission. Via Bloomberg: 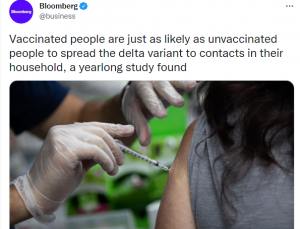 Victim-Blaming Exhibit B: ‘Mother Gaia’ Created COVID-19 Because She Was Mad at Humans Over Climate Change

“But my fellow humans must learn to live in partnership with the Earth, otherwise the rest of creation will, as part of Gaia, unconsciously move the Earth to a new state in which humans may no longer be welcome. The virus, Covid-19, may well have been one negative feedback. Gaia will try harder next time with something even nastier.”***

***Given Bill Gates’ recent warnings about bio-engineered smallpox and his call for a “global pandemic task force,” you can be sure the next engineered pandemic will certainly be “even nastier” than COVID.