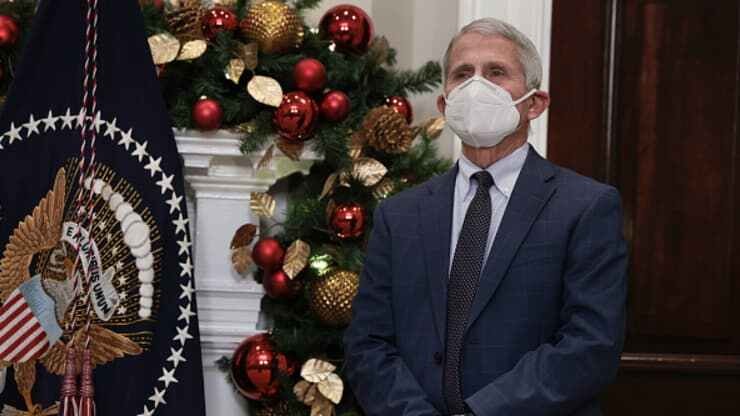 In high school circa ’04 while the other kids managed their Xanga pages and MySpace Top 8’s (back when social media was all fun and games, before the MetaVerse threatened to digitally conquer the world), I watched Big Daddy Patriarch Bill O’Reilly.

Bill drove hard to the paint, especially that one time when he decided to DO IT LIVE!

Every year post-Thanksgiving like clockwork, Bill went balls-to-the-wall railing against the War on Christmas waged by “creeping secularists.”

The Culture War was a lot simpler back then.

In those days, maybe because as a teenager conservatism seemed counterintuitive and Western institutions didn’t seem important, or maybe because the left wasn’t yet fully toxic, the concept of a War on Christmas was amusing, and seemed absurd.

By now, though, I have developed a deeper appreciation for turn-of-the-century GOP culture war talking points.

Christmas is about universal goodwill and holy communion – the exact opposite agenda of the ruling oligarchs, who prefer their peasants atomized and stultified with terror at all hours of the day.

The corporate media, accordingly, has some propaganda slop for the peasants to desecrate that day marking Christ’s birth.

Who are the audience members laughing at this travesty in the background – and what darkness has Warlord Fauci done to their souls?

Warlord Fauci: You May Remove Your Mask at Christmas Parties Momentarily to ‘Safely Eat a Cookie or Drink Some Eggnog’ 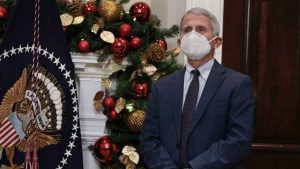 “‘It is very prudent to wear a mask,’ Fauci said. ‘That’s what I do.’ You can briefly lower your mask to safely eat a cookie or drink some eggnog, but try to keep it on as much as possible.”

Is Warlord Fauci not gracious this Christmas season? Does he not exude holiday cheer? Do even the most battle-hardened warlords not have a soft underbelly of goodwill?

NEW – Police arrested "Santa Claus" today at a Christmas market in Germany because he was not wearing a mask.pic.twitter.com/m7SyhEkWUb

This despite the German authorities acknowledging themselves that outdoor COVID transmission is “extremely rare”:

“In an open letter to the German government and state premiers, five leading members of the Association for Aerosol Research (GAeF) write that ‘The transmission of SARS-CoV-2 viruses takes place indoors almost without exception. Transmission outdoors is extremely rare and never leads to cluster infections as can be observed indoors.”

Surely we must Trust the Experts and Respect the Science©? 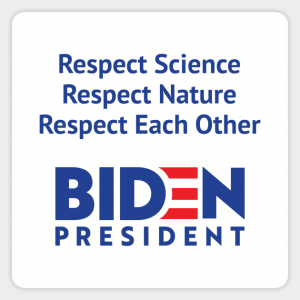 Surely this isn’t about training the unwashed filthy masses to reflexively submit to nonsense because governing authorities say so? 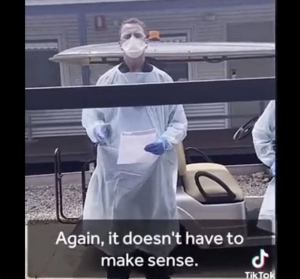 Cold Turkey: Possibly No Booze For Britons This Christmas

“Britain could face shortage of wine and spirits at Christmas… In addition, businesses are reporting increased costs of around 7% – and often more – by freight forwarders to account for driver retention.”

HuffPo: How To Deal With Anti-Vaxxers During Holidays Christmas

Via HuffPo, ft. an alleged “expert” with a heavy valley girl accent/syntax…. 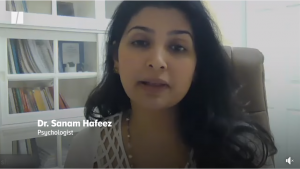 …The kind who ends sentences in a nasally tonal uptick so that everything becomes, like, a que-estION even when it’s a statement — chased swiftly with an affirmative “ri-iiGHT?” and head nod to round things out to, like, build consensus.

The government of Gibraltar recently announced that ‘official Christmas parties, official receptions and similar gatherings’ have been canceled, and advised the public to avoid social events and parties for the next four weeks…

More than 118% of Gibraltar’s population are fully vaccinated against Covid-19, with this figure stretching beyond 100% due to doses given to Spaniards who cross the border to work or visit the territory every day. Gibraltar’s entire adult population has been fully vaccinated since March, and masks are still required in shops and on public transport.”

“Witnesses have come forward to detail party games and festivities beyond midnight in Downing Street during the winter 2020 lockdown… [critics] accused Johnson of ‘taking the British public for fools for following the rules’, adding: ‘The prime minister doesn’t deny there was a Downing Street Christmas party last year. He says no rules were broken. Both of those things can’t be true.'”

So… whatever happened to the UK NHS’s “all in this together” talking points? 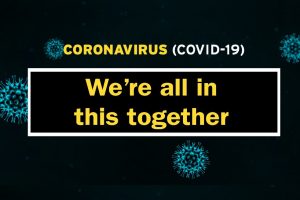 Boris Johnson Questioned About COVID Hypocrisy, Babbles About Vaxx Efficacy Instead of Answering

Not necessarily COVID-related – but just to give a broader sense of what barbarism they’ve done jolly old Saint Nick this season:

Such is the “cultural diversity” in children’s media that leftist academics are always on about.

“Transgender Claus” to make the transgender youth feel more comfortable (always, of course, to protect the youth so that questioning turning Santa trans becomes tantamount to a hate crime against innocent protected-class children) and for the sake of cultural diversity or whatever is definitely, for sure on his way down the chimney. 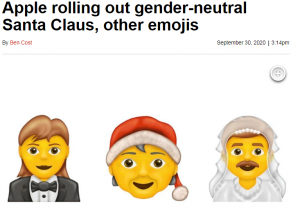 Afterward, after he caved in, to add insult to injury, she shamed him on the internet for virtue signal brownie points. 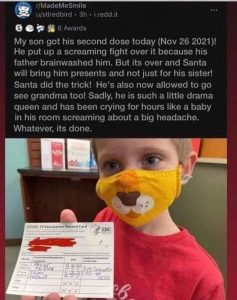 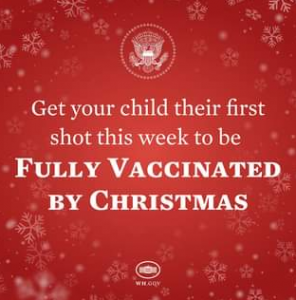 How brave. How loving. How liberal.