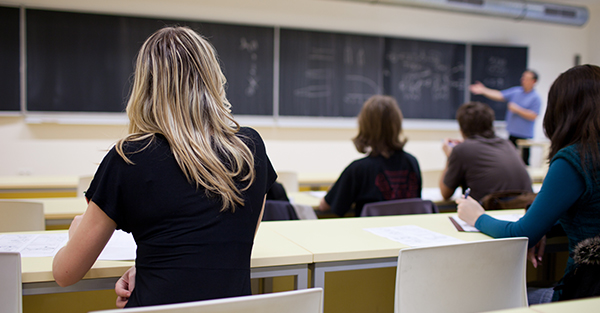 There is no greater indictment of modern day economics education than how critical race theory has spilled out of colleges to inform programs that expand bureaucracy and exacerbate inequality. Instead of engaging and teaching students that lacked the “common sense” to be interested in Econ-101, professors dismissed them to the “softer” social sciences — like race studies. And now we have to deal with the unintended consequences of this academic sloth.

I am not looking down on college students drawn to the social sciences. I myself am a sociology major who recently graduated with a masters in economics. And I’m frustrated that basic concepts like incentives and trade-offs were not effectively communicated to me up until now.  Econ professors fail either because they don’t understand their audience, or they do and hold them in contempt.

College freshmen see themselves at the cusp of adulthood, many living away from home for the first time. They are eager to find their place in the world and how they can change it for the better. Psychology and sociology are popular first-year classes because they provide great material for self-reflection. Would I have been a terrible guard in the Stanford Prison Experiment? Where would I stand in a Marxist workers’ revolution? How about my parents, best friends, or high school bullies?

Then they attend ECON 101 and hear about how there’s no such thing as a free lunch. In that moment, what the class actually learns is that economists are a bunch of out of touch weirdos who don’t know a good thing when it’s staring them in the face. Who in the world would say no to a “free” lunch? Opportunity cost not-withstanding, most college students have a surplus of free time and will gladly take a handout every time. Duh.

After an hour of drawing supply and demand curves, these kids will most likely drop economics for more interesting, relatable classes to fulfill their General Education requirements — not because they can’t draw four lines, but because they think they already get it. This younger generation enters adulthood with a keen economic intuition from being advertised at 24/7. They spend every waking minute awash in content from algorithms and “influencers” trying to provoke them into spending money.

Others have a more stark, uncomfortable relationship with trade-offs from growing up working class or as immigrants. Forcing these students to work through models and math in 101 means those who stick around and self-select into economics are those who prefer abstraction over real, personal experiences. Both are valuable, but this is at the root of why the right struggles with storytelling and is lampooned as being out of touch.

Millenials were misled to only associate economics with money, capitalism, and competition. And libertarians with their obsession with taxes and affordability did little to set the record straight. This is why millenials, so sensitive to material inequality, often end up fleeing to socialism, not realizing that centralizing power in government doesn’t omit competition from the system, it just moves it from business to politics. Millennials may say they hate lobbying, but they actually support the political environment in which it thrives.

Ultimately, most millenials, especially those who grew up poor, see higher education as the closest thing to utopia — a level playing field that respects ideas over wealth. It is of this naive assumption that millennials must be disabused. And what do you know, professors are in the best position to educate them.

Professors should start by decoupling economic thinking from money and showing how incentives and tradeoffs play out in bureaucracies and other non-business institutions as well. For example, start with how universities measure success, or profit, in terms of degrees awarded. This means they are more concerned with students getting degrees than finding jobs. The subsequent subsidizing of higher ed results in more graduates than our society knows what to do with. Hearing this in Gen. Ed. may have saved a few Columbia film school students.

Not all is lost. There are still teachers out there capable of imbuing their audience with a true appreciation of economics. I fell in love with economics and earned my degree thanks to the engaging professors in my program at George Mason University. Organizations like the Foundation for Economics Education and Marginal Revolution University are taking the problem head-on. The latter is part of a large network of engaging YouTube channels and podcasts, which teachers have begun using to supplement their courses.

But university professors should make more of their government subsidized captive audience. Many of these freshmen will be the ones seeking privileged positions to act out their good intentions. Even if they quit ECON 101 two weeks in, planting the seed of incentives and tradeoffs may help them think through the unintended consequences.

Josh Shin is a Young Voices contributor with an MA in economics from George Mason University. He also holds undergrad degrees in sociology and psychology, and hopes to bridge the gap between them. Follow him on Twitter: @joshuabshin