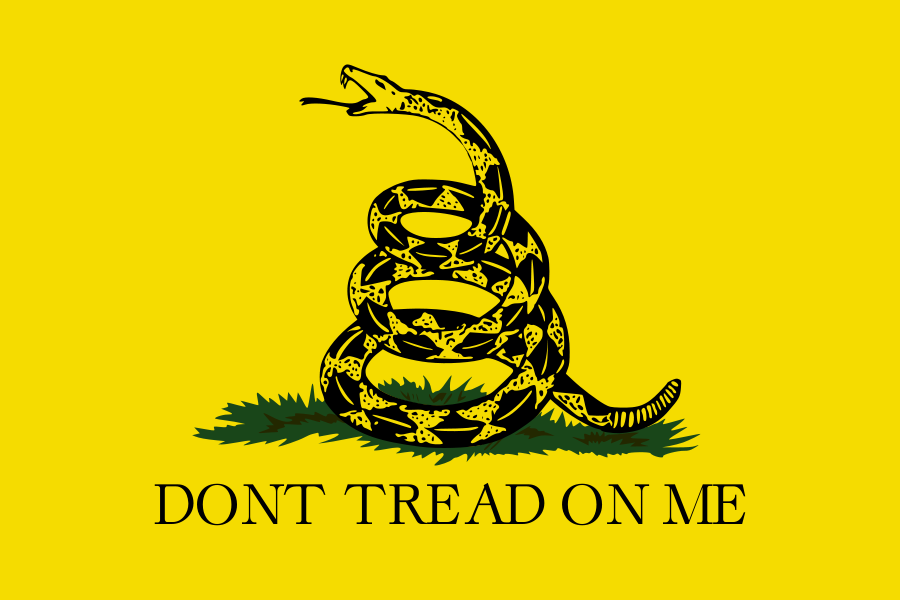 Might it not be worth remembering, though, that the protesting black blobs are populated by despondent teenagers and early 20-somethings?

Since leaving the womb, their psyches have been inundated with, and mutilated by, addictive smartphones and dopaminergic apps and social justice indoctrination from all sides.

These Antifa kids are utterly confused. Any objective observer will notice. And it’s no wonder: God is dead.

The rank-and-file of Antifa, by and large, are cosplaying children who think they are on a crusade of civilizational proportions. They are Don Quixote. In their self-image, they are avenger angels of social justice, sent from on high to right the wrongs of centuries of racism and sexism and Islamophobia, etc. 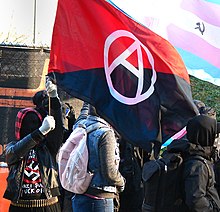 If you have spent any time in a state-funded classroom in the 21st century from elementary to university — as I and millions of other victims of public education have — you would understand why joining an Antifa mob on a Saturday afternoon might seem attractive.

Against the background of indoctrination and social manipulation from preschool on, smashing the patriarchy seems logical. The motivations and behavior of the millennial male feminist comes into clearer focus. Incongruent displays of LGBTQ5GF150+ solidarity by straight, white, suburban children of the middle class with unremarkable sexual preferences become understandable.

The atmosphere for an astro-turfed, “anarchist” social justice revolution, in short, is ripe.

These Antifa kids, though, are “anarchists” only in the most cursory sense of the word – they’ve been taught to hate the society they inherited from their parents to the fibers of its foundation.

They’ve “learned,” over and over and over, that white American culture (and Western culture at large) is a unique evil in the world founded on barbaric racism and sexism. They “learn” that the central features of Western civilization are theft of achievements of colored people (cultural appropriation), the ruthless exploitation of the environment, women, and workers, and the genocide of indigenous people and people of color.

What would you do if you learned systemically — starting with an easy-to-demonize figure like Columbus and working up to the most admired leaders in American history like Abraham Lincoln – that the national heroes of yesterday are the villains of today?

You would have no connection to, or investment in, your own history either. In the conceptualization of Émile Durkheim, you too would suffer from a “normlessness” or “anomie” as the millennial inheritors of a gasping American Empire do. 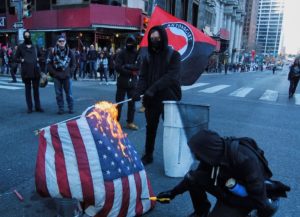 You would hate the lie that you inherited from your father and, by extension, from society as a whole. Finding the perfect socially-sanctioned target in the very architects of the American experiment itself, you would lash out.

This is how statues of what were just a generation ago American heroes fall to cheering crowds.

Assuming that the layman has ever devoted any thought whatsoever at what anarchism is and what it means, he perhaps as conceptualized the essence of an “anarchist” state of existence as the Joker burning down Gotham or the Reign of Terror of the French Revolution.

Anarchy, though, simply means the absence of the coercive exercise of monopolistic power.

Far from the archetype that rapes, pillages, and torches, what about the Haymarket Square workers who fought against their Robber Baron? Anarchists won the 8-hour workday.

What about the Boston Tea Party? Anarchists challenged the authority of the world’s greatest empire.

What about the Founding Fathers who rejected divine right to rule? All anarchistic movements – directed at both government and economic elites.

The misleading presentation of anarchism as an ideology – which is foisted upon the youth of the nation in popular media and in the classroom – as inherently amoral and destructive is pure propaganda. It serves the interest of the status quo and, by logical extension, of maintaining the advantageous social position that the controllers of society wish it to.

Even among advocates of anarchism, there is confusion about what the term means and what it implies.

The left-right political spectrum is useless in more ways than it is useful. Traditional anarchism is concerned with challenging power under whatever ideological justification it exists. A true one-dimensional analytical spectrum that gauged the extent of anarchism in any given situation would look more like:

Anarchism criticizes when criticism of concentrated political power is warranted. Abuse of authority is a story as old as time itself – it has happened in right-wing contexts (Mussolini, Hitler, the fascistas of Latin America) and with even more disastrous results in left-wing contexts (the Soviet Union, China, Cambodia).

Of course, there exist an inestimable range of anarchist sub-ideologies adapted to the American sociopolitical context like: anarcho-capitalism, anarcho-syndicalism, national-anarchism, even anarcho-fascism and, yes, even anarcho-communism.

Such amendments of core anarchism are understandable. Humans are pioneering spirits, and ideological engineering is no exception. Evolving and morphing ideas (even patently incompatible ones like anarchism and totalitarianism) is an essential part of human nature that is crucial for survival.

The unnecessary tack-ons and modifiers above, though, convolute the true gauge of anarchy: individual autonomy versus coercion.

The right is no natural enemy of anarchist ideology; they are not diametrically opposed. Libertarianism, predicated in a rejection of unjust authority, is anarchistic at its core. The Gadsden Flag is blatantly anarchistic in its message and imagery. The Boston Tea Party, a fundamental chapter of American mythology, was a gesture of contempt for an offshore, oppressive, rapacious government. 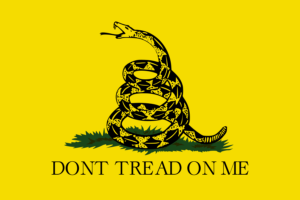 Elements of the right that are not captured by the corporate oligarchy retain some of the best traditions of anarchism in this regard. They are worth injecting directly into the mainstream.

Trump promised to #draintheswamp by redirecting political autonomy and the fruits of American industry from the elites to the dying working class. It looks like his window for anarchistic action in this regard – which could truly resurrect his popularity among what’s left of the middle class – is closing in.