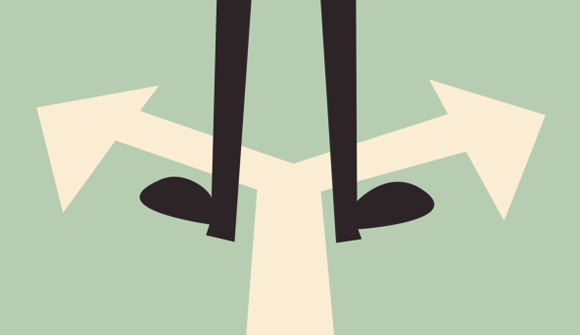 Do Democrats suddenly realize that people shouldn’t be forced into groups of which they want no part? Are they starting to understand the detriments of federally centralized power?

Or is it just that when the federal government is made up of liberals, it is fine to force their will on the nation, for citizens’ own good? But now that Republicans are in charge, the Democrats don’t want to be forced to follow centralized laws. Now, apparently, is the time to allow a laboratory of governments in the state legislatures, and municipalities.

This is sort of like how when I was a kid, my sister would always convince me to play “school” provided that she was the teacher first, and I the student. Inevitably, when my turn came to play the teacher, my sister was done playing.

I have no affinity for “red America” much more than I like “blue America”–for President I voted for Harambe, the dead gorilla.

I am, however, a big fan of individuals ruling themselves. I believe in free choice, and voluntary association. Government is only just when formed out of voluntary groups, of which secession is always just down to the individual when he or she no longer agrees with the group.

And after shoving their government-fetishist policies down everyone’s throats for eight years, the liberals realize their turn is over for a bit. So now, some liberals would rather go back to the decentralized federation of state power–until of course it is their turn to “play teacher” again.

So should we believe the progressives at NewRepublic.com when they claim they are willing to let us go our separate ways?

So here’s my modest proposal:

You go your way, we go ours.

We give up. You win. From now on, we’ll treat the animating ideal on which the United States was founded—out of many, one—as dead and buried. Federalism, true federalism, which you have vilified for the past century, is officially over, at least in spirit. You want to organize the nation around your cherished principle of states’ rights—the idea that pretty much everything except the U.S. military and paper currency and the national anthem should be decided at the local level? Fine. We won’t formally secede, in the Civil War sense of the word. We’ll still be a part of the United States, at least on paper. But we’ll turn our back on the federal government in every way we can, just like you’ve been urging everyone to do for years, and devote our hard-earned resources to building up our own cities and states. We’ll turn Blue America into a world-class incubator for progressive programs and policies, a laboratory for a guaranteed income and a high-speed public rail system and free public universities. We’ll focus on getting our own house in order, while yours falls into disrepair and ruin.

And my response is an excited but skeptical, really? Do you promise? No fooling?

Can you imagine how wonderful it would be if they actually did retreat and set a precedent of decentralized government? Of course, we would still have to put up with Trump forcing his will on us for eight years, which is really a matter of opinion which “side” is worse, since really they are two heads on the same beast.

Now don’t get me wrong, state’s rights are not perfect, as it still puts the government in control of our lives. But state government is an improvement if only because it is a smaller force to influence and resist. Incremental change is good if it goes towards the direction of individual sovereignty.

A big part of my excitement for secession movements is the precedent they set. If any entity is free to withdraw from a larger force when they no longer wish to be a part of it, this logic, if anyone cared about logic, could easily be taken down to the individual level to withdraw from any government.

Again, I have no special love for the Constitution; as Lysander Spooner said, “But whether the Constitution really be one thing, or another, this much is certain – that it has either authorized such a government as we have had, or has been powerless to prevent it. In either case it is unfit to exist.”

But I do find it hilarious how liberals can cherry pick when they like the “rules” of government, and when they don’t.

But let’s be clear: The problem isn’t that your guy won. It’s that he has made it obvious he intends to rule without any regard for the Constitution, let alone the majority of Americans who voted against him.

Right, suddenly the Constitution matters again. It didn’t matter when Obama was drone bombing every country in the middle east, and targeting individuals, including American citizens, for assassination.

But perhaps the selective memory of progressives has suddenly dusted off the Tenth Amendment, that “The powers not delegated to the United States by the Constitution, nor prohibited by it to the States, are reserved to the States respectively, or to the people.”

If we in the blue states want to make America great again, we must first demonstrate that we can make our own states into models of civic participation and economic equality.

Yes! Please, make your government work as well as possible! In a market for governance, individuals can choose the one that works best. Only through empowering each individual can we expect to improve the whole!

If this separation in to localized decentralized control of governance actually happened, the Trump election would be well worth it. It would be worth the lesson that Democrats have learned, that when you live by the sword, you die by the sword. When they promote unjust force being used to implement their policies, that is exactly what will happen to them on the rebound.

So That’s the End, We Can All Go Our Separate Ways, Right?

For all the lip-service liberals pay to diversity, they certainly believe in a lot of one size fits all central edicts that fail to account for the diverse needs of different people in different areas when it comes to governance.

But it seems like they are finally understanding that diversity in government is a good thing, just like it is good to have a variety of products and services to choose from. So glad the left is finally being sensible… oh… wait…

Through our own example, we must win you over, American by American, town by town, state by state, until we are once more in a position to mitigate all of the foolish, cruel, and wasteful things you are about to inflict on the rest of us, and to move forward once again, as American states united.

Did you see it in there? It is subtle, but the author is saying that they will only retreat and let everyone do their own thing until they are again in the position to rule by might, and by sheer force put us all back into their Utopian vision for mankind!

Even though they realize their system of central power is the same one that will inflict “foolish, cruel, ad wasteful things” on entire populations, they don’t want to abandon that system! Oh no, that is too much power to let go to waste. And as long as the progressives wield the Ring of Power, it could do no evil!

They aren’t interested in separating. They are taking a page from Mao’s book when he stopped his guerrilla fighting against the Chinese government to allow them to fight off the Japanese. According to Robert Greene in “The 48 Laws of Power,” this weakened the Chinese government, allowed Mao to regroup and train his soldiers, and eventually come back swinging against a depleted Chinese military, and dominate.

And that is the liberal plan. Just like Mao knew the Chinese and Japanese would destroy each other, the New Republic is counting on jumbled Republican policies to self destruct.

And honestly, they are probably right that the pendulum will swing back, since Republican policies amount to a mixture of socialism-light and the Catholic inquisition, with some rhetoric about rights and freedom thrown in to garner a base of support.

The liberals would never back off, only lie and wait.