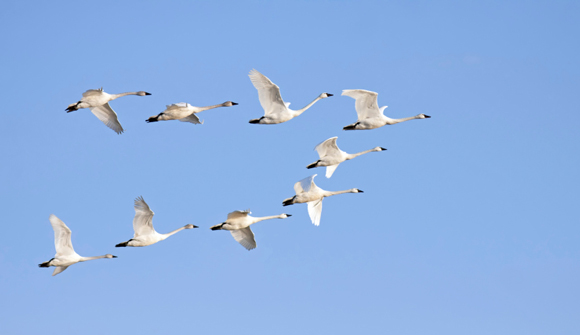 US Signs Agreement with Mexico to Protect Mexican Workers–Including Illegals … At a signing ceremony … the U.S. government, through the Equal Employment Opportunity Commission (EEOC), entered into a Memorandum of Understanding (MOU) with the Mexican government to allow Mexican Nationals – regardless of immigration status – to "exercise their workplace rights." The MOU is consistent with the "core mission of this commission," Mexican Ambassador to the United States Eduardo Medina Mora Icaza said, adding "that regardless of national origin or immigration status all workers have rights and there are processes to safeguard them. "This is what makes this country so great," the ambassador said. – CNS

Dominant Social Theme: The US and Mexico really ought to be one country. That would be much more efficient.

Free-Market Analysis: We've long written about plans at the highest levels of the US government to effectively merge the US and Mexico and then Canada as well into what's been called a North American Union (NAU).

Of course, this sounds paranoid and "conspiratorial." But take a look at what's happening today. The merger seems to be moving ahead apace, at least between the US and Mexico.

The above article excerpt is just an additional example of how this is occurring. Here's more:

The four-page memorandum states in the "Overall Objective" section, in part, that its purpose is: "to establish a collaborative relationship to provide Mexican Nationals in the United States with information, guidance, and access to education and training resources to help them understand and exercise their workplace rights, particularly with regard to reducing violations again them under the laws and regulations that are administered and enforced by EEOC."

… The MOU was signed by the Mexican ambassador and EEOC Chairman Jacqueline Berrien on her last day of service. "Today we memorialize a relationship to help ensure this historic act and other antidiscrimination laws we enforce apply to all workers who live and work in this country," Lopez said, adding it also was part of the commission's "strategic enforcement plan through 2016.

… When CNSNews.com asked how employers who have broken federal law by hiring illegal aliens can be sued for discrimination or abuse, a spokeswoman said EEOC does not require "documentation" to handle a claim. "Yes, under federal law, it is illegal for employers to hire undocumented workers," Kimberly Smith-Brown told CNSNews.com via email.

"However, when someone does come to us with a complaint, we will assist them with their claim. "The EEOC does not ask the documentation status of anyone that comes to our offices," Smith-Brown said. "An undocumented worker is afforded the same protections under the law as everyone else."

This is actually a fairly incomprehensible legal justification, from our humble point of view. If someone is working in most countries illegally, that person is not usually afforded the protections of the federal government. More likely, that person would be either placed in custody or immediately shipped back to his place of origin.

The policies that are being adopted by the US now are ever more transparently intended to rationalize cross-boarder travel and allow Mexicans and others easy access to US job markets – or what's left of them anyway.

The idea is that Mexicans and other non-Americans do the jobs that US citizens are reluctant to perform. Of course, in a country with over 100 million unemployed, the idea that people are refusing menial jobs seems a bit suspicious.

In fact, it seems like just another rationalization justifying an influx of foreign workers. The agenda behind this de facto merger of US and Mexico seems increasingly transparent now. Politicians and others responsible for it are hardly bothering to hide it.

Forget so-called "Mexifornia." How about the United States of Mexico? … Mexico President Enrique Peña Nieto called on other states to "evolve" like California so the United States can be more like his home country. Appearing with Los Angeles Mayor Eric Garcetti and California Governor Jerry Brown in Los Angeles, Peña Nieto called for amnesty legislation and more open borders while blasting governors who have taken a tough stance on illegal immigration.

"This is the other Mexico," Peña Nieto reportedly said of the United States, which is property to an estimated 11 million Mexican immigrants," according to the Los Angeles Times …

Since October of last year, close to 63,000 illegal immigrants have been detained, nearly all having been lured by the hope of getting "permisos" or amnesty. Most of those illegal immigrants are Central Americans who have traveled through Mexico, often without much resistance, to the United States.

Yet, Obama may soon double down on his executive amnesty, as the White House has indicated that he may grant temporary amnesty and work permits to possibly five million more illegal immigrants. In California, Brown has already given illegal immigrants driver's licenses, made California a sanctuary state, and signed the California DREAM Act.

Peña Nieto thanked Brown for his generosity toward illegal immigrants and called on other governors to follow suit, chastising those who are against open borders as unethical. "There are still states that have not evolved so much as California, that still skimp on recognition and, even worse, the rights of immigrants," Peña Nieto said, according to the Associated Press.

"Those who still believe and bet for the exclusion and discrimination or the rejection of diversity … I only have one thing to say: the future, and a very near future, will demonstrate your ethical mistake. Time will show we're right."

Now, there's nothing wrong with people living and working where they choose, but it's hard to avoid the suspicion that absent state-orchestration – and the miserable class-ridden dynamic of Mexico to begin with – the Mexican invasion of the US would be a good deal less emphatic.

Yes, it's being orchestrated. In fact, the surge of foreign labor and Obama's planned suite of executive orders that may legalize the status of five million foreign workers next year, goes a long way toward confirming our perspective regarding the current "Wall Street Party" and central bank stimulative efforts generally.

Those orchestrating this demographic coup need a seemingly robust US economy to ensure that foreign workers remain attracted to the US and find its economic vitality alluring. This is another reason we think the current stock market boom – assuming it survives the fall – may have legs in the new year.

That's also when it will become clear that the US demographic is changing in a fundamental way. The idea is likely to reduce and even eliminate over time the "exceptionalism" that US citizens have claimed regarding civic freedoms and federal republicanism.

Mexico, for instance, has no such egalitarian history. Elite classes have apparently always run Mexico (all the way back to Aztec times) and one reason its citizens pour into the US has to do with the US's perceived opportunities.

And then there is the so-called drug war, destabilizing and violent and also intended, from what we can tell, to make the US look more inviting to those from Mexico and central America, as well.

None of what is occurring today is probably much of a coincidence. Instead, it is an internationalist gambit designed to vitiate US sociopolitical culture while aggregating nation-states in such a way as to complement what has already been created in Europe and Asia.

Of course, that's not working very well, either, and nothing persuades us that a closer relationship between the US and Mexico will be any more functional or desirable.

But that's not really the point. We're living in an era of bigness for bigness sake. The world is apparently being divvied up into ever-larger regional elements. What's happening seems obvious, even though many affected choose to deny it.

Maybe they should reread George Orwell's 1984. Or maybe the real problem is that they haven't read it at all.