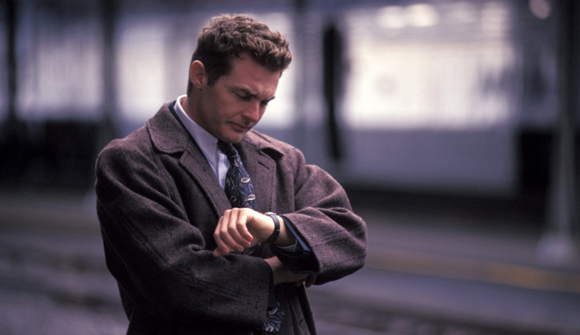 Confident and clear, Yellen says rate path will be well signaled … The unanimous backing Federal Reserve Chair Janet Yellen got for the Fed's first rate hike since the financial crisis let her deliver a clear message: Don't expect further rate hikes for a while, and when we are ready, we'll tell you. Yellen's confident and measured performance – she even managed a joke about the Fed's forecasting record – came as she ended the "extraordinary" measures that revived the U.S. economy from the worst recession since the 1930s. – Reuters

Dominant Social Theme: The Fed is a great organization and Janet Yellen is a great leader.

Free-Market Analysis: We missed this recent Reuters article about a "confident and clear" Janet Yellen. This was the kind of article mainstream media types used to write in the 20th century before so much was known about central banks and the serial idiocy of their various protocols and actions.

Clearly, the Fed isn't getting the kind of fulsome coverage it used to receive. Even when the article is an approving one, there are caveats. This Reuters article was as close as we've seen recently to old-school coverage that treated the decisions of the steering committee as commandments from on high.

When it mattered the 69-year old economist guided markets to a soft landing and convinced skeptical rate setters to back the consensus. Indeed, before the Fed's last meeting, an overwhelming majority of Wall Street firms told the Fed that its communications were ineffective or nearly so, according to the New York Fed's most recent survey. Stocks even managed a rally on the Fed decision as Yellen corralled doubters like Fed governors Lael Brainard and Daniel Tarullo, as well as the dovish chief of the Chicago Fed, Charles Evans, to sign on to the decision to raise short-term interest rates.

"Definitely a communications coup," said Scott Anderson, chief economist for Bank of the West in San Francisco. Market responses were relatively muted, with futures on short-term interest rates dropping just enough to suggest traders now believe the next rate hike will occur in April, rather than in June as had been expected.

Contrast this sort of coverage to Ron Paul's column on the Fed, just posted. Paul asks the important question, "Do we need the Fed?" Of course, we know this is merely rhetorical, as Ron Paul has devoted his life to reducing or eliminating the central bank.

The article is partially devoted to restating the ways that the central bank aggravates a normal business cycle by artificially lowering rates and sustaining those rates over a too-long time period.

It is the artificial creation of too much money that lowers rates, Ron Paul notes, and low rates send questionable signals to investors and businesses about the size and timing of investments.

When the rates are artificially lowered by the Fed instead of naturally lowered by the market, businesses and investors receive distorted signals. The result is over-investment in certain sectors of the economy, such as housing. This creates the temporary illusion of prosperity. However, since the boom is rooted in the Fed's manipulation of the interest rates, eventually the bubble will burst and the economy will slide into recession.

While the Federal Reserve may tighten the money supply before an economic downturn, the tightening is simply a futile attempt to control the inflation resulting from the Fed's earlier increases in the money supply. After the bubble inevitably bursts, the Federal Reserve will inevitability try to revive the economy via new money creation, which starts the whole boom-bust cycle all over again.

There is no way to halt this vicious cycle except for central banks simply to step out of the way and stop trying to interfere with the market's pricing of money. A "rules-based" monetary system will not work any better because the issue is the mispricing itself. That's what does the damage. Having rules will not affect the problem and may only make it worse.

Ron Paul suggests that the only real way to remove the Fed's influence is to allow US citizens to use alternative money and currencies. He also suggests free-market economics and education and believes that as more and more people rediscover Austrian economics, the pressure to adopt private, competitive money will increase.

He mentions Audit the Fed legislation, which has passed the House twice and is scheduled for a vote in the Senate on January 12th.

Paul is hopeful of reversing the power of the Federal Reserve but it occurs to us that people actually don't have to wait for legislation to pass. It is much better to remove oneself from the system than to wait for it to somehow perish. The easiest way is to buy gold and silver and take possession of it.

Also, if you have a second home elsewhere in the world, you might wish to keep some reserves of gold and silver there as well. Again, the most utile method of holding gold and silver is to take physical delivery. There are other ways to gain exposure including purchasing ETFs and junior mining stocks. Some junior miners have considerable "in-ground" gold, including a company we have written about, Seabridge.

The Fed is not a force for monetary stability, though it is often portrayed that way. People who don't want to expose themselves to central bank-induced chaos will seek to keep close at hand the oldest and most credible kinds of money – yellow and white precious metals.