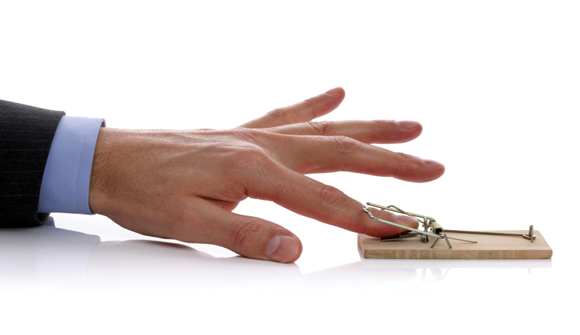 European Economy … No More Excuses for Draghi … For months, European Central Bank President Mario Draghi has hinted that he's ready to announce a full-blown program of quantitative easing. [Now] the EU Court of Justice's advocate general cleared away a possible legal obstacle. With prices in the euro area now falling, any further delay would be inexcusable. The euro zone has gone from bad to worse, and it is dragging the world economy down with it. The World Bank just slashed its 2015 growth forecast for the euro area to 1.1 percent, down from June's estimate of 1.8 percent. The forecast for global growth was cut to 3 percent from 3.4 percent. Europe's economies desperately need an injection of demand, and the ECB can deliver that with QE. – Bloomberg

Dominant Social Theme: Only the European Central Bank can save us now.

One by one, the hurdles are toppling and the reality of ECB market purchases grows closer. Of course, last year the German constitutional court ruled – understandably – that such purchases are NOT constitutional. This is setting up a significantly adversarial environment and one wonders how it will end.

According to Bloomberg editors who penned the above editorial, the "end" should come quickly with Draghi implementing a quasi-QE as fast as possible. There is apparently no time to waste.

Legal finding said that ECB purchases of sovereign debt are permissible. It referred to an existing ECB program called Outright Monetary Transactions — which isn't quite QE but which does involve purchases of government bonds. The court won't rule for another four to six months, but it's likely to follow the advocate general's guidance. That's good enough for Draghi to act now.

Many in Europe, especially in Germany, remain opposed. They see QE as a ruse by which the richer members of the currency bloc will end up paying for the fiscal misadventures of their neighbors. They point out that Europe's single-currency treaty forbids "monetary financing of the member states." Hans-Werner Sinn, head of Germany's highly regarded Ifo economic institute, this week accused the ECB of scaremongering about deflation to justify bailing out the weaker economies.

These reservations are understandable, but when the treaty was drawn up, nobody envisioned a recession as severe as the one Europe now finds itself trapped in. This is an economic emergency, and exceptional measures are needed. The U.S. Federal Reserve has shown that QE can provide needed monetary stimulus when interest rates cannot be cut any further. No plausible alternative presents itself.

The new legal finding isn't as permissive as it should have been. It opposes bond buying in the so-called primary market, restricting the program to secondary-market purchases of existing securities. That's a pity, because it narrows the ECB's options. The finding, again needlessly, warns about price distortions resulting from the ECB's holding on to bonds until they mature. But its main point — that monetary policy should be for the ECB rather than the courts to design — is wise.

Above, we read what we have already explained numerous times: That emergency situations inevitably expand government power. In the West, the constant expansion of government power has been achieved by creating environments that are essentially unbalanced and will fall into crisis sooner or later.

Here's Mario Prodi explaining the plan to Euronews back in 2012.

Prodi: "Well, the difficult moments were predictable. When we created the euro, my objection, as an economist (and I talked about it with Kohl and with all the heads of government) was: how can we have a common currency without shared financial, economical and political pillars? The wise answer was: for the moment we've made this leap forward. The rest will follow … Then instead came the Europe of fear: fear of China, fear of immigrants, fear of globalisation. So it was clear that this crisis would arrive. But the euro is so important, it's so convenient for everyone — especially Germany — that I've no doubt that the euro won't just survive, but it will be one of the landmarks for the world economy." – Euronews

Prodi says that once a common currency was installed, "the rest will follow." And he follows up by saying, "It was clear this crisis would arrive."

Now we have Bloomberg triggering the very events that Prodi anticipated. "This is an economic emergency and exceptional measures are needed," write the Bloomberg editors.

And then there is this statement, above: "When the treaty was drawn up, nobody envisioned a recession as severe as the one Europe now finds itself trapped in." These editors obviously don't read Euronews. Prodi says bluntly three years ago, "It was clear that this crisis would arrive."

This is the kind of directed history that we often write about. But rarely do we have the chance to compare mainstream rhetoric as the media seeks to implement yet more economic globalism.

Internationalism advances regularly. But the power to interfere directly with markets throughout the EU is a really big step forward.

Yet that is what is happening. Bloomberg writes, "There's a risk that, despite this green light, the ECB will still act too cautiously … The next ECB meeting is on Jan. 22. Markets expect Draghi to act. Anything short of an open-ended commitment to buy government debt in impressive quantities will disappoint investors and worsen the euro area's plight."

Who are these investors? Central banks have been doing a terrible job in stimulating economies since the Crisis of 2008. Why would investors believe that doing more of the same will create the prosperity that has so far eluded bank strategists?

This presents us with an ideal VESTS paradigm to consider. On the one hand we have elitist institutions promoting economic solutions that further concentrate financial power and have proven dysfunctional in the past. On the other hand, we have investors involved in a variety of instruments, commodities and physical holdings who will have to evaluate the success of elite formulations.

Those with interests in Europe or around the world will watch this latest stimulation closely, recalling that even failure will likely be treated as a success. There will be ramifications no matter what occurs.

It is an open question as to whether established interests will be able to maintain these programs and the rhetoric surrounding them. If control slips unexpectedly away, the results could be powerful and chaotic indeed.