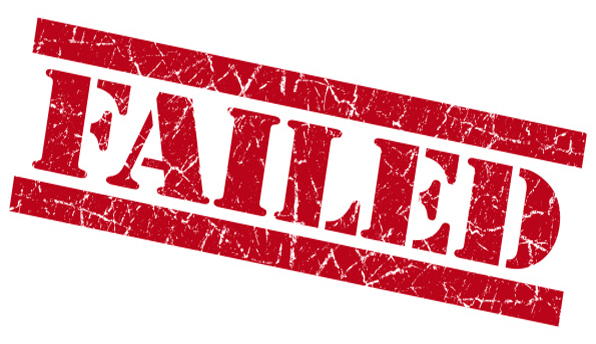 STAFF NEWS & ANALYSIS
Economic Dysfunction! What, Oh, What Should We Do?
By Staff News & Analysis - March 10, 2014

Wealth rises but economy still sputters … Americans are richer than ever and increasingly willing to take on a bit of extra debt and yet the overall atmosphere, and the economic recovery, are surprisingly flat. That's because the rise in wealth is highly concentrated, consumer debt is often going towards maintaining living standards in the absence of adequate income and, perhaps most importantly, businesses are simply not investing, very likely because they have a keen grasp of the first two points. Household net worth rose nearly $3 trillion in the fourth quarter, up 3.8 percent, registering a 14 percent gain for 2014, according to Federal Reserve data released on Thursday. This was all courtesy of an 11.6 percent annual gain in housing wealth and a whopping 12.6 percent rise in households' financial assets like stocks and bonds. – Reuters

Dominant Social Theme: This doesn't make sense. The US is rich again but the economy is still doing poorly. Who would've "thunk" it?

Free-Market Analysis: We refer you, dear reader, to yet another article (excerpted above) professing puzzlement as to how some Americans can be rich while so many remain poor.

A proportion of US citizens are wealthy. Many are not. Household income is rising yet employment is not. So many puzzles! How can this be?

It seems obvious that Federal Reserve policies are working, so why isn't the economy working?

We're scratching our heads. We're wondering what we should do.

What should we do?

While the gain in household wealth is an all-time high, if you adjust for inflation, financial assets are up 10 percent from their pre-recession peak but real estate assets are still 7.8 percent below where they were before the bubble burst. That's important because homeownership is more widespread than the owning of financial assets, which is very heavily concentrated among the wealthiest.

While we are getting a wealth effect from what very well may be a bubble in financial markets – indeed that effect is one of the main aims of quantitative easing – there are only so many Jimmy Choo shoes and beachfront houses a one-per-center needs.

Given that so many would-be buyers of housing are shut out of financing markets due to what may be absolutely sensible new guidelines, the potential for continued appreciation of real estate, which would spur economic growth, is limited.

… Corporate capital expenditure minus internal funds was negative $159 billion during the fourth quarter, meaning that rather than borrowing to invest as they usually do in expansions companies are piling up cash. This marks the 20th straight quarter of this behavior. That cash hoarding and low investment create a natural cap on the potential rate of expansion in the economy.

There are a number of competing explanations for why this is happening. It's possible that executive compensation programs make longer-term investment less attractive to those making the decisions, or it seems equally possible that after a damaging recession and given the general low spirits in the economy managers are simply being cautious.

Two things seem clear from all of this. First, extraordinary monetary policy, while it may have been needed in the throes of the crisis, has long passed the point of diminishing returns. We could pump the market up another 15 percent, but we'll just get more WhatsApps, not more genuine growth.

Second, just because it is no longer working that well doesn't mean it won't cause pain when we take QE away. Next year's report may very well show less wealth but leave us with pretty much the same debts.

Are you enlightened now, dear reader? This article is one of many we have read explaining that things seem to be better but they are also getting worse. These writers often explain that the Fed has done its "job" well and that no one could have done much better.

But such articles never explain why ten men in a room have been given the authority and expertise to figure out the forward-looking price and volume of money. They never explain how this could possibly work.

These are facts. It is not possible for central bankers to get it right because they are not fortunetellers. The media likes to portray them as "experts" and to cite the universities they attended and the prestigious degrees they received. But this does not make them any more likely to correctly predict the volume and price of money.

When there is too much money in the economy, as there often is, people are fooled into mal-investments. When the economy collapses, people's investments decline and often they lose houses, possessions and even families.

The boom/bust cycle is extraordinarily destructive, and it's happening again.

In the US especially, the central banks have been aggressive, printing money in numerous ways. The money is injected into commercial banks with the push of a button. The money is effectively frozen there because the Fed is paying banks interest on the money it has placed in their accounts. Sweet deal, eh?

Nonetheless, money gradually leaks out into the securities markets and into housing, especially high-end housing. This is EXACTLY what's happening in Britain now. High-end real estate has soared. It's happening in the US as well.

The rich have the first access to newly deposited electronic money.

But it's money that does not easily find its way into the larger economy because central bankers are afraid of inflation and thus restrict circulation.

And this is why employment remains down, lending is sluggish and economies are not responding. All this is taking place for quite comprehensible reasons. The power elite would rather have dysfunctional economies and high-flying stock markets than "real recoveries" that might entail other complications like higher price inflation.

You won't learn any of this in the mainstream press. You won't read about it in this Reuters editorial.

The writer is puzzled. He is asking questions. He doesn't understand.

There are so many articles like this. It's almost a cottage industry.

But we understand. Keynesian economics doesn't work. Austrian analysis does.

There is only one kind of economics: Free-market economics that recognizes the efficiency of competition in the marketplace. Governments cannot spend economies into prosperity and neither can central banks.

We need competitive money and we need to do away with the distortions caused by monopoly central banking.

But that's not what we're getting … again.

The stock market is probably going much higher because of the way central bank super money is distributed. In fact, we believe the globalists that run central banking are intent on creating a final "Wall Street Party" before their whole set-up explodes into smithereens.

Then they'll try to install a more global economic system on the ruins of the current one.

The world is filled with economic disinformation. This article just adds to it.