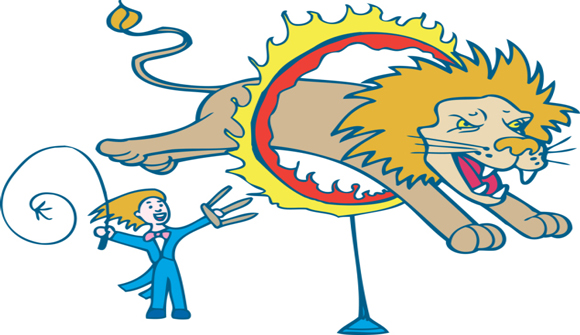 Political insurgency, Europe's Tea Parties – Insurgent parties are likely to do better in 2014 than at any time since the second world war … Since 2010 or so, the Tea Party, a Republican insurgency, has turned American politics upside down. – The Economist

Dominant Social Theme: These are parties to be watched and contained.

Free-Market Analysis: Ten years ago, when we wrote about the rise of the libertarian sociopolitical center, our message wasn't exactly popular but, as we can see today in this Economist article, we were relatively accurate.

First came Ron Paul and the Tea Party in the US and now non-mainstream movements are spreading to Europe as well. We've written about this numerous times, so we welcome The Economist's comments.

[The new political movement] comes in many blends, but most of its members share three convictions: that the ruling elite has lost touch with the founding ideals of America, that the federal government is a bloated, self-serving Leviathan, and that illegal immigration is a threat to social order.

The Tea Party movement is central to the conflict that has riven American politics and the difficulty of reforming budgets and immigration laws. Now something similar is happening in Europe.

Insurgent parties are on the rise. For mainstream parties and voters worried by their success, America's experience of dealing with the Tea Party holds useful lessons.

There are big differences between the Tea Party and the European insurgents. Whereas the Tea Party's factions operate within one of America's mainstream parties, and have roots in a venerable tradition of small-government conservatism, their counterparts in Europe are small, rebellious outfits, some from the far right.

The Europeans are even more diverse than the Americans. Norway's Progress Party is a world away from Hungary's thuggish Jobbik. Nigel Farage and the saloon-bar bores of the United Kingdom Independence Party (UKIP) look askance at Marine Le Pen and her Front National (FN) across the Channel. But there are common threads linking the European insurgents and the Tea Party.

They are angry people, harking back to simpler times. They worry about immigration. They spring from the squeezed middle—people who feel that the elite at the top and the scroungers at the bottom are prospering at the expense of ordinary working people.

And they believe the centre of power—Washington or Brussels—is bulging with bureaucrats hatching schemes to run people's lives. Mainstream politicians in Europe have tried to marginalise the insurgents, by portraying them as unhinged, racist or fascist.

But it is not working, partly because many of the insurgents are making a determined effort to become respectable. UKIP, the FN and the Freedom Party (PVV) in the Netherlands could each win the most votes in European Parliament elections in May.

In France, 55% of students say they would consider voting for the FN. The Progress Party has joined Norway's government. Slovakia has a new far-right provincial governor. Count insurgents on the left, such as Syriza in Greece and the Five Star movement in Italy, and mainstream parties in Europe are weaker than at any time since the second world war.

The insurgency is doing well partly because the mainstream has done so badly. Governments encouraged consumers to borrow, let the banks run wild and designed the euro as the pinnacle of the European project.

In the past five years ordinary people have paid a price for these follies, in higher taxes, unemployment, benefit cuts and pay freezes. This newspaper is sympathetic to the Tea Parties' insight that the modern state often seems designed to look after itself, rather than the citizens it is supposed to serve.

We are not surprised by their tone of this commentary. It is written with The Economist's usual mixture of superciliousness and misinformation. It also illustrates the emptiness of the dominant social themes being brought to bear by the elites.

The Economist is certainly an elite mouthpiece and as such could be expected to denigrate the libertarian awakening taking place in Europe, just as in the US. But what is surprising is that the criticism is so predictable. Once again, as ever, we learn that those not belonging to the center left or center right are alarming "insurgents."

Even the word "fascism" is trotted out and then hastily – kinda – retracted. The reason it is retracted is because probably the term does not apply to what is taking place now. The Economist itself grudgingly admits as much. But it still wishes to paint those who are searching for a more authentic and perhaps nativist political stance as extremists.

When Geert Wilders, leader of the PVV, calls the Koran "a fascist book" and Islam "a totalitarian religion", he is endorsing intolerance. When Ms Le Pen demands protection for French firms from foreign competition, she is threatening to impoverish her compatriots.

When UKIP promises British people prosperity outside the European Union, but within a free-trade zone of its own devising, it is peddling an illusion. Increasing inequality and growing immigration are the corollary of technological progress and economic freedoms that most people would not willingly give up.

… [A]s they get closer to power almost all Europe's Tea Parties are likely to reveal themselves as incompetent and factional. Yet the insurgents do not need victory to set the agenda or to put up barriers to reforms. That is why Europeans need to see them off.

These are somewhat distorted declarations given that the elites behind our modern sociopolitical systems have evidently been working hard to create new Muslim/Christian friction. One need only look at the Islamic Crescent that is being built country by country in the Middle East and Africa to see that plan in operation.

In each case, the Anglosphere seems to be supporting regime change that removes secular leaders and replaces them with Islamic ones. The same Western powers are arranging immigration so that Islamic populations are flooding European countries and causing religious and cultural tension.

The Economist also surmises that Europe's Tea Parties will prove themselves incompetent within the context of actual politics. But this misses the point. As we have continually explained – with some accuracy – the Internet Reformation is not mechanical, nor does it have much to do with established party parameters.

But these sociopolitical movements were in no way political or economic movements in the normal sense and thus, The Economist's analysis doesn't merely miss the mark, it misses everything. What is going on has only happened once before in quasi-modern history and the results echoed for centuries.

People were exposed to new information and decided the old paradigms were false ones, designed to control them. The results had little to do with refining normal command-and-control structures. Eventually, the elites abandoned the Divinity of Kings and substituted, over time, regulatory democracy.

Now it is the turn of regulatory democracy to wither. Too much is known about its falsity and the false historical narratives that accompany it.

The Economist concludes this article with the observation that mainstream politicians "need to explain hard choices and dispel misconceptions … Politicians prepared to speak out will find that most citizens can cope with the truth."

But this is just the point. People are discovering that what they have learned from childhood forward is not the truth, not even a semblance of the truth. The results will have little or nothing to do with politics, at least primarily – just as the Renaissance's rediscovery of science had little or nothing to do directly with Italian city-state leadership.

It's much bigger than that.