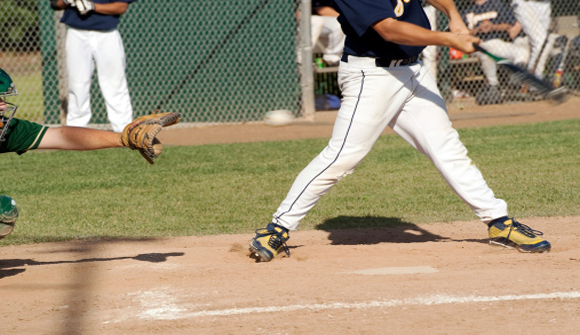 Capitalism through the ages … A grand tour … Experts look back at the economic system that dominates the Western world … The editors define capitalist systems as having secure contracts, property rights and markets with flexible prices, and surviving long enough to make big investments worthwhile. The story of such systems begins early. Through most of pre-industrial history Malthusian logic reigned; workers laboured in subsistence agriculture and productivity gains quickly led to unsustainable population growth. Yet now and again civilisations broke this mould and developed economic features that were recognisably capitalist. – The Economist

Dominant Social Theme: Capitalism is what economists say it is.

Free-Market Analysis: The Economist has just published a review of an interesting-sounding book entitled The Cambridge History of Capitalism, edited by Larry Neal and Jeffrey Williamson (Cambridge University Press, 1,400 pages, £150.)

The magazine's review provides us a cogent summary of the book, which is actually a collection of contributed essays, and then alludes in some puzzlement to the price of the book, which Economist editors consider high. This is because the book reads more as if it were written for a general lay audience than a specialist one.

Our puzzlement is different, however: We wonder what the authors even mean by "capitalism." Admittedly we haven't read the book, but we have mentioned our difficulties with the term "capitalism" before.

Many claim that capitalism is the operation of the marketplace in practice. But as this book catalogues, according to The Economist review, the historical capitalism being analyzed by the book's various authors sounds like many other "isms" including socialism, fascism and corporatism.

… For readers whose interest has been piqued online, the anthology provides an appealing way to learn about a range of subjects. "The Cambridge History of Capitalism" is an excellent example of the genre. In two volumes edited by two eminent economic historians, Larry Neal and Jeffrey Williamson, the collection provides a wide-ranging tour of capitalism.

Michael Jursa of the University of Vienna examines the mercantile spirit of Babylonians in the first millennium BC. Peace and good governance (including investment in things such as irrigation systems) enabled a sustained rise in agricultural productivity to take place. This in turn boosted population growth and freed workers from the land, allowing for the development of specialised urban trades.

Ancient capitalism was a distant varietal. In ancient Greece income grew at between 0.07% and 0.14% per year—outstanding by the standards of all but the past three centuries. Manufacturing took place on a small scale. Though capital occasionally meant machinery—waterwheels, for example—technology was not systematically applied to production. Most capital was held in the form of land and slaves.

When Malthusian dynamics do reassert themselves, shifting political conditions are typically to blame. Persia's control of Babylon weakened those who depended upon commercial activity for their wealth, eventually contributing to a long decline. And the destruction of the western Roman Empire led to a political and economic fragmentation that made western Europe an economic backwater for half a millennium.

Trade may be instinctive, but the institutions of capitalism are a product of social evolution. The rise of the West seems to have had little to do with local smarts or work ethic. Indeed, some of the earliest capitalist innovations in Italy—like rules on issuing credit—were imported from the Abbasid caliphate, which ruled much of the Middle East from the eighth to the 16th century, reckons Sevket Pamuk of the London School of Economics.

The above explanations refer to influences on capitalism as well as its building blocks including "rules on issuing credit" and "capital held in the form of land and slaves." Yet from the standpoint of anarcho-capitalism (itself a problematic term), underlying assumptions are seemingly without definitive analysis.

In fact, slavery was not "capitalist" but very obviously a manifestation of state power. "Rules" of credit issuance are also obviously imposed from above rather than agreed-upon voluntarily. And so it goes … Here's more from the review:

As the second volume shows, it was in the West that capitalist institutions flourished, especially from the late 17th century. Government intervention went hand-in-hand with growth. Robert Allen of Oxford University credits Alexander Hamilton, a Founding Father of America, with sowing the seeds of prosperity by supporting public investment in infrastructure. Prussia established universal primary education by 1763, thereby creating a workforce capable of boosting economic development.

… This history emphasises that the capitalism upon which Western wealth was built was not particularly laissez-faire. Without the cheap cotton produced by African slaves, reckons Gareth Austin of the Graduate Institute in Geneva, the industrial revolution would have been less revolutionary. Western businesses benefited from conquest: during the mid-19th-century Opium Wars with China, governments supported the drug-smuggling activities of firms like Jardine Matheson.

Wow. We don't find Alexander Hamilton to be an effective proponent of capitalism, at least not of the market-based, laissez-faire version. Certainly public investment in infrastructure has proven to be problematic from a 21st century point of view and we have no great sympathy or admiration for the "benefits" of public schooling, either.

Generally, the book that The Economist is alluding to seems to suffer from certain lapses of logic. After all, when government intervenes in the market, then the results must be said to be generated by the threat of force, or actually by force.

When prices are fixed, the result is inevitably a queue, a scarcity or both. Goods and services are mal-distributed. Efficiency is affected. Prosperity is diminished. How is this market-based capitalism? And why does The Economist review emphasize so much government interference.

Here's the Wikipedia definition of capitalism: "Capitalism is an economic system in which trade, industry, and the means of production are largely or entirely privately owned and operated for profit."

We tend to agree with this. But this Economist review and indeed the book itself, judging by the review, seems to muddy the lines between the Invisible Hand and the interference of government mandates.

In fact, this review seems to imply that capitalism is simply a lesser version of socialism, one that includes considerable taxation, regulation and state activism.

The review alludes to how Internet publishing has sparked a revival of compendiums that include essays by various authors. From our point of view, a more important advance provided by 'Net publishing is the raising of significant issues glossed over for decades by the mainstream media.

In this case, the Internet has allowed numerous intelligent lay-people to reevaluate the term "capitalism." And it allows us and others to ask once more, what is capitalism? And of course, corollary questions such as what kind of tax base is suitable to a capitalist system and how much responsibility should the state take in such a system?

Our "bottom line" is simple. Before writing such books – and reviews – we would propose, someone should offer a logical definition of what capitalism actually IS. Fortunately, what we call the Internet Reformation is beginning to provide the answer. Unfortunately, you won't find it in this review.