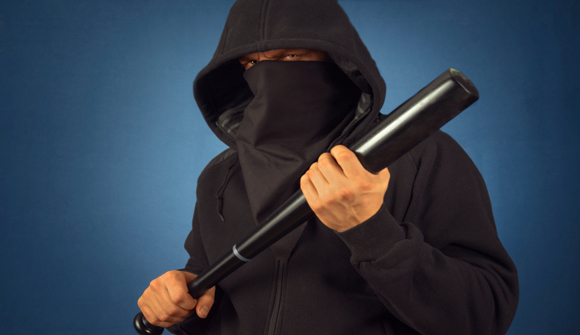 Britain's EU retreat means German hegemony warns Prodi … Britain is already a lame duck within the EU's internal governing structure and is losing influence "by the day" in Brussels, even before David Cameron holds a referendum on withdrawal. This self-isolation has upset the European balance of power in profound ways, leading ineluctably to German hegemony and a unipolar system centred on Berlin. It is made worse by the near catatonic condition of France under Francois Hollande. Smaller states no longer form clusters of alliances around a three-legged diplomatic edifice made up of Germany, France, and Britain. They are instead scrambling to adapt to a new European order where only one state now counts. So too is the EU's permanent civil service and the institutional machinery in Brussels and Luxembourg. Such is the verdict of Roman Prodi, the former Italian premier and ex-president of the European Commission. – UK Telegraph

Free-Market Analysis: Once more, Germany is being brandished as a club. From what we can tell, this is an age-old meme. The idea is that what the Germans did to Rome 2,000 years ago, they can do to Europe today.

Thus: Beware of Germany. We don't have to go that far into the past to find historical precedent, of course. World War 1 and World War 2 provide ample evidence of Germany's bestiality, or so we are told.

The Germans, we are instructed, have always been a destructive race – even though the "race" (as an ethnic group) settled mostly in Italy after the sack of Rome. In fact, it turns out that Italy is German, ethnically, while the Germans themselves come from other tribes that filled the vacuum when the German tribes migrated south following their great victory.

We are not supposed to bother our simple minds about this. It is enough to shout the word "German." At this harsh cry, we are supposed to wince and fall in line.

… The Brexit debate in the UK invariably dwells on what the consequences might or might not be for Britain, while taking it for granted that Europe itself would somehow sail on sedately as if nothing had changed. But everything would change, and we can already discern it.

"France is ever more disoriented and Britain is losing power by the day in Brussels after its decision to hold a referendum on EU membership," he said.

"All the countries that previously maintained an equilibrium between Germany, France, and Britain (from Poland, to the Baltic States, passing through Sweden and Portugal) are regrouping under the German umbrella," he told the Italian newspaper Il Messaggero.

"Germany is exercising an almost solitary power. The new presidents of the Commission and the Council are men who rotate around Germany's orbit, and above all there is a very strong (German) presence among the directors, heads of cabinet and their deputies. The bureaucracy is adapting to the new correlation of forces," he said.

"Even the Americans are doing so. When there is a problem between Europe and the United States, President Obama telephones Mrs Merkel, not the British prime minister. In short, Germany has become the referee of Europe. As is well known, the rules in football are enforced when the referee whistles, and right now Germany is issuing the yellow card to a lot of countries," he said.

We are dealing with fundamental, long-lived memes here. True or false, for better or worse, when one conjures up German ascendancy, the collateral baggage is immediately presented and spills forth with requisite, dreadful resonance.

Speak of German leadership and one immediately summons up the specter of racial purity, death camps, eugenic experimentation, etc. It is inevitable. Fear of Germany is enforced by a constant stream of movies and TV programs. Hitler is still the West's favorite evil villain, far outpacing such tyrants as Stalin.

Thus, Mr. Prodi knows exactly what he does. This is the same Prodi we've quoted in the past as being frank about the need for a European financial meltdown. We carried his views in full back in 2012, though we have referred to them since.

We began our analysis then with a quote, as follows:

The Flowers that Launched the Euro … To mark the anniversary of the arrival of the euro in the form of notes and coins, euronews spoke with Romano Prodi, who in 2002 was President of the European Commission …. Prodi: "Well, the difficult moments were predictable. When we created the euro, my objection, as an economist (and I talked about it with Kohl and with all the heads of government) was: how can we have a common currency without shared financial, economical and political pillars? The wise answer was: for the moment we've made this leap forward. The rest will follow …" – Euronews

The most chilling part of Prodi's calculated optimism is the phrase, "the rest will follow." Out of chaos … order. But being believers in what we call the Internet Reformation, we are not so sure as Prodi that what will "follow" is inevitable. And given Prodi's invocation of the German hordes, he may be less certain himself these days.

Yes, these must be days of desperation for Prodi and the club of elite schemers that managed the rise of the euro. The economic crisis that began in 2008 has still not subsided but thanks in large part to Germany's stubborn middle class, any mechanism that would ignite additional inflationary "growth" has been stymied.

The reference to Germany is a kind of white flag, is it not? Germany is always the over-arching villain, the reason that justified the European Union in the first place. And now Germany is being used to invoke solidarity between the rest of European powers.

Obviously, Prodi and the rest fear Britain's departure from the European Union. Britain is, in fact, the integral piece because it carries with it the weight and "special relationship" of the United States. Without Britain, Europe does indeed more or less become a German reservation of sorts. The Telegraph article sums up the potential damage thusly:

If Mr Prodi is broadly correct – and I suspect he is – British withdrawal from the EU will accelerate an unstable chain reaction and ultimately cause the whole project to unravel. It is simply unthinkable that the EU can survive as a reconstituted Holy Roman Empire governed from Berlin, yet without at least the charisma and sanctity bestowed on the medieval Hohenstaufen by Rome. The EU is either a treaty club of democracies and equals, or it is nothing.

The trouble with the EU, and especially with Britain's presence inside of the EU, is that British citizens were systematically lied to. The lies were so pernicious and widespread that when Margaret Thatcher tried to resist them, she was unceremoniously dumped.

The EU, Britain was told, was nothing more than a trade association. But in the past decade or so, the real ambitions of Prodi and his colleagues have been revealed: The EU was, in fact, a stepping stone to empire. British citizens, like those throughout Southern Europe are well aware of the reality of EU ambitions now, and also that its fiscal and regulatory chokehold will only grow worse.

This is indeed the fruit of the Internet era, though it is bitter fruit for EU schemers. After Britain, they fear, the whole of Southern Europe will want to distance themselves from the failing EU venture.

The invocation of "the Germans" is a significant summoning. The Eurocrats have not been able to respond to the euro malaise with increased political power, nor have they have been able to crack German constitutional resistance to increased money power.

What is left for Prodi and the rest to do but invoke the German bogeyman? Ironically, we see now the depth of ruthless ambition. Deprived of the ability to "deepen" the union, these Eurocrats will apparently invoke race-tension and inflame the very European divisions that the EU was supposed to resolve.

If this is indeed the case, European disunion is about to become a good deal more significant, and the whole of Europe may suddenly be inflamed by a series of significant rhetorical attacks. If so, this would have an impact not just on the political scene but on the fiscal, monetary and industrial environment as well.