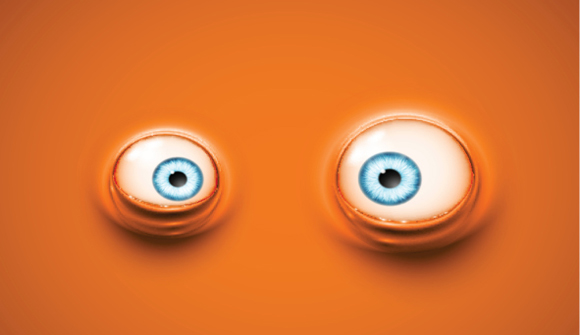 Europe's Weak Because It's Uncompetitive … In the long-running debate over Europe's feeble economic recovery, monetary policy has taken center stage as if printing money to spur demand can solve Europe's troubles. According to two newly released competitiveness reports, the real problem lies elsewhere: labor costs, which have been growing faster than productivity, and underinvestment. – Bloomberg

Free-Market Analysis: This article makes the point that the problem with the European economy is a lack of competitiveness, not a lack of money.

This is an important, even fundamental point. We've written a number of articles recently explaining why the European Central Bank's new monetary program doesn't make any sense. Here's one:

The basic reason is that the Germans don't want to go along with it. And without German cooperation, any significant stimulative program is not feasible.

But maybe the monetary conversation is covering up something even more basic. That's what this Bloomberg article suggests.

According to the commission, 90 percent of new demand will be generated outside of Europe over the next 10 years, and it's up to the EU to make sure its companies win the right to satisfy some of that demand.

Export-oriented growth, however, runs into a number of obstacles that aren't necessarily the ones most talked-about.

… Unit labor costs have been rising in all industries except pharmaceuticals. … Moreover, in recent years European productivity has almost stopped growing, while in the U.S. it has kept going up at close to average historical rates.

Because of this stagnating labor productivity, Europe's low inflation — and in some cases deflation — is the "bad" kind: Prices are not going down because manufacturing is getting cheaper, but because there isn't enough demand.

One reason for Europe's productivity lag is that its labor markets are less flexible than in the U.S. Despite high unemployment in most European countries since the 2008 financial crisis, firms have been "hoarding labor," because people are too costly to fire and labor unions too powerful to oppose.

… In the end, restarting Europe's economic growth will depend on good governance, better regulation and the ability to solve structural problems. Just increasing the money supply will only mask the issues that sap countries' competitiveness.

This is good so far as it goes, but the last paragraph of analysis above shows us once more why even the most lucid analyses are likely not going to be clear enough about the problem. Yes, Europe is over-regulated, corrupt and subject to the worst kind of cronyism. But these problems will not, as suggested above, be ameliorated by "good governance and better regulation."

Europe needs LESS regulation, not better regulation. It doesn't need good governance; it needs reduced governance. The whole idea that Brussels can ride to the rescue, when Brussels has steadily been making things worse, is a non-starter.

All the worst parts of Europe's pre-EU history have been enshrined by Brussels. Unions are more powerful than ever; regulations are more detailed and onerous; governmental responsiveness to entrepreneurs – never very good to begin with – is even worse now.

In a sense, Europe was too big even before the EU because most countries never had a free-market tradition. Europe's modern economies are still informed by feudal traditions. Top-down governance is accepted because people traditionally are not aware of workable alternatives.

When examining the past six years of Brussels' incompetent response to the ongoing financial crisis, one can only conclude that Brussels doesn't have any answers – not really – and that the system is not set up to provide them anyway.

The point of the EU was to centralize power and authority, not to create a more efficient economic system. If one bears this in mind then the rest falls logically into place.

Europe, it seems, is not going to snap back anytime soon. Monetary policy will prove ineffective, as it already has. And such solutions as "good governance and better regulation" will actually exacerbate the difficulties they are supposed to address.

Two points stem logically from these conclusions. The first is that Europe's difficulties are probably intended to create momentum for yet MORE centralized solutions. We've pointed this out in the past. Eurocrats are on record admitting this strategy.

Second, the continued depression in Europe, certainly in Southern Europe, puts pressure on the world's economy. Central bankers are most aware of the asset bubbles forming as a result of incessant money printing. But the economies of Europe, Japan and even China have considerable difficulties to work out.

As a result, economic surges triggered by securities performance are at least slightly damped. Real economies are not doing well, even though stock marts are expanding aggressively.

When it comes to modern finance, nothing is really as it seems. For now, we'd speculate, those developing and applying monetary and industrial policy are well aware of the continued bifurcation between economic performance and securities advances.

Or to put it more mundanely, they are far more concerned with the performance of equities than the expansion of economic animal spirits.