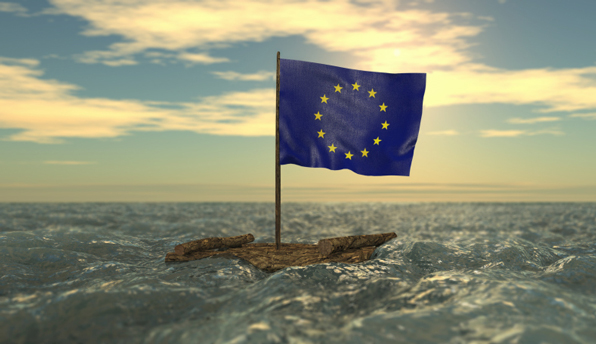 European Parliament election: Eurosceptic parties claim victory in UK … Right-wing Eurosceptic parties stormed to victory in European Parliament elections in the UK and France, as exit polls showed voters turning their backs on mainstream politics. UK Independence Party (UKIP) leader Nigel Farage claimed victory in the British election, as early results showed his party beating both the Conservatives and Labour. With 56 out of 73 seats declared, UKIP, which wants to pull Britain out of the European Union, had won 28.6 percent of the vote, ahead of both the Conservatives and Labour, while the Liberal Democrats had won just one seat. – ABC.net

Dominant Social Theme: Europe is coming to its senses!

Free-Market Analysis: The headlines exploded last night with EU election results showing clearly that voters in France, England, Germany, Denmark, Hungary and Greece (among others) had had enough of the EU.

Of course, our readers are not surprised. We've been predicting this for years, even though our critics have pushed back with the usual rhetoric about the "brainwashed sheeple" and how change was impossible in an environment where elite globalists Control All.

But they don't. Elite control is exercised via a dialectic utilizing what we call dominant social themes. Please note: A dialectic needs two sides in order to effectuate change. You need an argument to create a resolution. And since the power elite controls legislatures, that manipulated resolution can soon be translated into policy via legislative acts.

But this is where the process has unanticipated flaws. What happens when a vast network of seamless information begins to inform people of the Matrix-like reality of their lives? What happens when people have access to unadulterated news and information over a relatively long period of time?

Inevitably, it has an effect. And this is what has happened. The dialectic (controlled as it is) is shifting. As we predicted, the tribes of Europe are getting restless. These tribes were happy to take the cash when the EU was handing it out. But now, stuck with austerity and open borders, they are a good deal less content.

In fact, they are angry and growing angrier. Here's more from the article:

Mr Farage, who had promised to unleash an electoral "earthquake", hailed the win as a watershed that would pile pressure on the leaders of Britain's three main political parties to adopt more Eurosceptic policies. "The people's army of UKIP have spoken tonight and delivered just about the most extraordinary result that has been seen in British politics for 100 years," Farage said in the port city of Southampton after his re-election to the European Parliament.

He said UKIP would now target seats in Britain's national parliament in Westminster and that the 20-year-old party could hold the balance of power if, as polls suggest, neither the Conservatives nor Labour wins outright next May. "We will go on next year to a general election with a targeting strategy and I promise you this: You haven't heard the last of us," Mr Farage said.

The result was similar on the other side of the Channel, where exit polls showed the far-right National Front (FN) winning the largest number of votes. The EU said the turnout across the 28-nation bloc was about 43 per cent. … In France, exit polls said president Francois Hollande's Socialists had been beaten into third place.

If the FN vote is confirmed, it will be the first time the anti-immigrant, anti-EU party has won a nationwide election in its four-decade history. It could secure as many as 25 seats in the new European Parliament, up from the three it won in 2009.

"The people have spoken loud and clear," a triumphant party leader Marine Le Pen told cheering supporters at party headquarters in a north-west suburb of Paris. "They no longer want to be led by those outside our borders, by EU commissioners and technocrats who are unelected. They want to be protected from globalisation and take back the reins of their destiny."

… "It's an earthquake," said Manuel Valls, brought in by Mr Hollande barely two months ago as new prime minister after the Socialists suffered a similar rout in local elections. "We are in a crisis of confidence." As expected in the event of an FN victory, Ms Le Pen called for the dissolution of France's national assembly, insisting it was no longer representative of the French people's will

… An exit poll in Denmark suggests the anti-immigrant Danish People's Party won the election with 23 per cent of the votes. The poll put the party ahead of the Social Democrats who scored 20.2 per cent. "My mother's heart swells, because I'm simply so proud if that's the result," the party's co-founder and former leader Pia Kjaersgaard said. If proved correct, the result would give the party three of Denmark's 13 seats in the European Parliament

… The new Eurosceptic party Alternative for Germany (AfD), barely a year old, polled 7 per cent. It just missed out on entering the German parliament last September with a poll of 4.7 per cent. The far-right National Democratic Party (NPD) won 1 per cent and became one of half a dozen small parties to enter the European Parliament for the first time, helped by a constitutional court ruling that forced Germany to scrap its 3 per cent threshold for winning seats.

Now, lest we sound naïve, let us add a few cautionary notes. We don't for a moment believe this "landside" is merely what it seems As has been reported elsewhere, Nigel Farage has obvious ties to modern fiat finance and you can bet that most of the other leaders of what is now to be called the Euroskeptic movement have had at least glancing contact with Anglosphere globalists who are not apt to let their fiefdoms merely disintegrate.

But having pointed this out, we will add that it really doesn't matter. Those at the top exercise control via a dialectic … and in the 21st century they have been forced – shoved unwillingly – into a recalibration of the dialectic. It is truly a wonder to behold.

When the elites are forced to move the boundaries of the dialectic away from leveling and toward freedom, then they have lost ground. And they have lost a huge amount of it in the 21st century. Purely from a dialectical point of view, the starting point of many conversations in the mainstream media is far more libertarian than it was a decade ago.

So this is what these elections are really telling us. The internationalists have felt impelled to introduce a Euroskeptic dominant social theme. Not to do so would have meant losing control of the conversation entirely.

Meet the new meme! They have trumpeted it from a thousand printed and electronic pages. It's no coincidence that we are suddenly confronted with yet another ubiquitous term: Euroskeptic. This is the way they work. Global warming gives way to climate change – the meme is massaged but not discarded.

They cannot discard Euroskepticism because it is rising from the bowels of European cultures. In this sense, it is the evolution of culture itself that drives the boundaries of elite control. And control is seemingly slipping away …

Finally, it is important to point out that the current elite mechanism of control is flexible – because it has to be – when it comes to the dialectic but is far less apt to compromise in terms of legislative results. This is gradually producing a kind of sociopolitical and economic schizophrenia.

The Internet, in other words, is forcing a digital conversation that is not reflected in the political process, or even worse, the political process moves away from the dialogue rather than toward it. This might work in a pre-Internet era, but not now. It merely polarizes the electorate without producing any kind of closure. In other words, it validates what hitherto has been known as "conspiratorial" thinking.

This is a big problem for those who seek further globalism. Many people don't want it and are apt to become even more passionate about their views when they see, in large part thanks to the Internet, that their viewpoints are reflected rhetorically but not legislatively. It is a recipe, in fact, for social unrest. It is probably why, for instance, US government agencies are buying to so many bullets.

But bullets cannot kill ideas. We last saw this kind of upheaval after the advent of the Gutenberg press. The elites of the day tried to control the press, and the truths it was revealing, with seriously mixed results.

Truth once loosed is hard to restrain. The Internet Reformation likely continues apace …