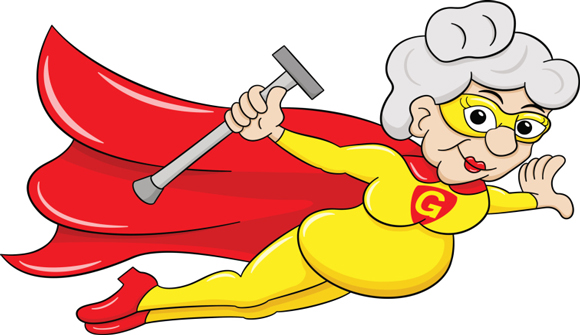 An acceleration in US wage growth is reinforcing the Federal Reserve's view that inflation is poised to rebound and could lead the central bank to raise rates more this year than many investors expect. Investors had been doubting the Fed's resolve to raise interest rates, betting on fewer increases this year. But signs of strength in the US economy is changing that view. – Irish Independent

Dominant Social Theme: A resolute Fed is good for America.

Free-Market Analysis: This article from the Irish Independent is upbeat about the US economy and the Fed's role as well.

What comes across clearly is that the Fed has gambled and won, raising interest rates at a time when the US economy is clearly resurgent.

"With the Fed feeling confirmed in its baseline scenario, the next rate increase is only a matter of time. We expect the Fed to move at the March meeting," said Commerzbank economist Christoph Balz.

Job numbers surged in December and the job count for the prior two months was revised sharply higher, showing the economy on solid ground despite a troubling international backdrop. So-called payrolls for October and November were revised to show 50,000 more jobs created than previously reported, adding to the report's upbeat tone.

Such triumphalism is surely good for Fed officials' morale considering the Fed regularly takes a thumping these days.

While the writers at the Irish Independent seem to be relieved that things are going so well for the US economy, there are many in the alternative media who have pointed out that employment figures released on Friday raise more questions than answers.

Basically, the figures seem to show what many have been concerned about for years: The US economy at this point is more or less a service enterprise. Even the additional workers finding jobs come from upper age groups.

This is not a positive since it means that those finding work are elderly, probably retired and returning to the work force in order to supplement their incomes with a variety of low-paying jobs.

Young people, according to the report, are still not finding significant opportunities.

Even if one accepts the numbers and the Fed's role at face value, the US central bank continues to face significant public relations challenges as well as legislative attempts to undermine its authority.

The article relentlessly raises questions about the Fed's role in the economy and its congenital secrecy.

On Jan. 12, Congress is scheduled to vote on the "Audit the Fed" legislation (H.R. 24/S. 264), which, if passed, would bring to an end to the Federal Reserve's unchecked—and even arguably unconstitutional—power in the financial markets and the economy.

We aren't the first to be wary of the powers of central banks. Founding Father Thomas Jefferson viewed the powers of central banks as being contrary to the protections of the Constitution. As Jefferson wrote: "I sincerely believe that banking establishments are more dangerous than standing armies; and that the principle of spending money to be paid by posterity, under the name of funding, is but swindling futurity on a large scale."

This is strong stuff. It shows how the public – mainstream – conversation is changing, as we have often predicted. It is hard to imagine a similar article running in TIME magazine in the late 20th century.

Just as remarkably, the article mentions Ludwig von Mises, whom the mainstream media has relentlessly marginalized along with his Austrian, free-market school.

Mises explained that "the idea of sound money … was devised as an instrument for the protection of civil liberties against despotic inroads on the part of governments. Ideologically it belongs in the same class with political constitutions and bills of rights."

Amazing stuff. The article then goes on to call the Fed, "a political, oligarchic force," and claims it functions like a banking cartel.

Rand and his co-author complain that the Fed bailed out investment banks during the 2008 financial crisis. They claim the Fed is still operating policies favorable to its banking constituency.

Importantly, the article promotes Rand's Audit the Fed bill in Congress. The article states that the Fed's asset purchases during the crisis as well as the payments made to foreign and domestic banks are still not fully known.

The article points out that the Fed is currently "highly leveraged" and that "if treasury yields go up too much, the Fed is bankrupt in an accounting sense." For this reason alone, the full extent of the Fed's balance sheet should be revealed.

We owe it to the 'swindled futurity' of the next generation to take a long, hard look through a full and independent audit of the Fed.

Strong words to end a strongly worded editorial. However, it must be noted that the Fed's allies are set against current congressional legislation and will surely do what they can to halt the bill.

Power over the Fed is the greatest prize in the financial world and its allies are not likely to let an embarrassing audit surface without a fight.

On the other hand, as the editorial appears in TIME, perhaps a faction of Fed supporters would like to see the Fed flayed and its authority transferred to Congress.

A transfer of power would drastically reduce the Fed's current high profile and would remove the ammunition of critics. Yet over time, control of the Fed would return to those powerful men and institutions that run it now behind the scenes.

That's the theory anyway. In practice, the clamor against the Fed keeps building and sooner or later the Fed may be forced into a humiliating posture.

Count on considerable monetary and financial upheaval if that occurs.