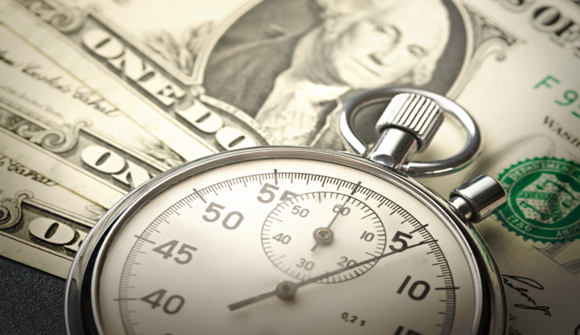 Dominant Social Theme: The Fed takes care of the economy, and this is the way it must be.

Free-Market Analysis: The good news is that the economy is recovering, according to this article. The bad news is that the Fed has started the clock running on the business cycle once again. As rates go up, economic activity gradually slows.

Aware of this as she must be, Janet Yellen has made a point of pledging that the Fed will not move too fast raising rates. Fed officials will do so, she confirms, only when the data shows hikes are warranted.

One catch: Is the data trustworthy? Obviously, Yellen thinks it is. Here's some more from the article:

The major significance of the long-awaited rate increase could be more psychological. Yellen described the hike as a major turning point in the nation's efforts to put the Great Recession behind it.

"This action marks the end of an extraordinary seven-year period during which the federal funds rate was held near zero to support the recovery of the economy from the worst financial crisis and recession since the Great Depression," Yellen said.

"It also recognizes the considerable progress that has been made toward restoring jobs, raising incomes and easing the economic hardship of millions of Americans."

This was apparently the reason the hike was so important and why the Fed struggled to mightily proclaim it. The Fed persevered because a statement needed to be made.

From the point of view of Fed officials, the ability to declare a hike provides evidence that the system works and that a handful of individuals can indeed make decisions to benefit billions of people around the world.

Of course, there are alternative viewpoints regarding the Fed, and we mentioned one significant perspective yesterday in an article that compared the Fed to the politburo.

The politician making the comparison was Rand Paul, who is currently running for president as a libertarian/conservative.

Rand's main point – one we have made many times – is that central banks fix the value and volume of money via interest rate manipulation. He wondered how it was possible that academic and media observers could look at the facility with approval, considering the negatives of price-fixing are widely known.

But there are other negative assessments of the system and its operations. In a recently published article entitled, "What Does Today's 'Rate Hike' Mean?", Paul Craig Roberts provides us with one specific way that setting a rate hike benefits some institutions at the expense of others.

He then makes an even stronger statement:

This "rate hike" is a fraud. It is only for the idiots in the financial media who have been going on about a rate hike forever and the need for the Fed to protect its credibility by raising interest rates.

Look at it this way. The banking system as a whole does not need to borrow, as it is sitting on $2.42 trillion in excess reserves. The negative impact of the "rate hike" affects only smaller banks that are lending to businesses and consumers.

If these banks find themselves fully loaned up and in need of overnight reserves to meet their reserve requirements, they will need to borrow from a bank with excess reserves. Thus, the rate hike has the effect of making smaller banks pay higher interest expense to the mega-banks favored by the Federal Reserve.

Roberts has a point. The system itself is an artificial one in which large banks possess "reserves" that smaller banks do not. These reserves, however, are often provided by the Fed itself under the pretext that it would not be healthy for the "system" to have large banks default.

This same justification was used by Ben Bernanke when he distributed trillions of US dollars to overseas financial facilities in 2008-2009. Strictly speaking it was illegal for the Fed to provide short-term loans (ones that were never apparently paid back) to overseas firms but Bernanke got away with it by claiming the need was dire and the West's economic environment was close to failure.

Roberts sees clearly that rate hikes favor large banks with excess reserves over smaller banks that lend to "businesses and consumers in their community."

Worryingly, more and more consumers realize the artificial nature of the system and the arbitrary – manmade – advantages that some derive at the expense of others. The Occupy Wall Street movement is symptomatic of that.

Janet Yellen and others in and around the Fed may believe that they are making a positive statement by raising rates but inadvertently, they are illustrating once again the essential perversity of the system.

No single small group of people ought to have the power to fix the volume and value of money for a US$16 trillion economy. In fact, since the dollar is the world's reserve currency, the Fed's actions affect almost everyone.

The larger economy itself suffers from monetary debasement and manipulation. Civil society erodes significantly as more and more people wake up to the fundamental unfairness of a system that fixes the value and volume of money.

The monetary debasement and socio-economic polarization of the current system are gradually draining away its credibility. While most everyone uses the system in its current form, someday they may not. And that day may only be one major catastrophe away.