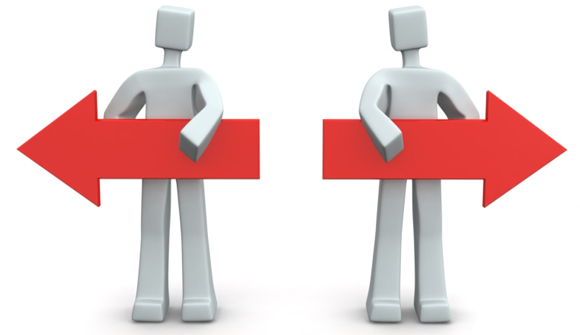 Bank of England ratesetters hit back at critics of forward guidance … Mark Carney and Spencer Dale defend flagship policy, and say the economic recovery would be at risk if the Bank had not indicated how long it would keep interest rates low … In a robust defence of forward guidance – which pledges not to consider raising rates from their record low of 0.5pc until the jobless rate falls to the 7pc threshold – Mark Carney, the Bank's Governor, said markets would be factoring in a much earlier rate hike if Britain's central bank had not laid out out its plan. – UK Telegraph

Free-Market Analysis: We usually try not to take two articles from the same source in one day, but in this case we could not resist. You can read our analysis of another Telegraph article below, but this one cuts to the heart of an important monetary debate.

It features, naturally, someone who has been called "the most talented central banker of his age" and a gobbledygook term called "forward guidance." Mark Carney, the Bank of England's newest boss, is perhaps its most aggressive adopter of a policy that deliberately tells the world exactly what central bankers mean to do and how – and why.

Used to be when central banking first got its 20th century start that bankers in the US and England would meet so secretly that the media didn't even know about it. The idea was to mimic the workings of the free-market itself, apparently. The conceit was that if the larger market was not aware of the manipulation, then monetary decisions would be even more powerful.

Of course, this was incorrect. Monopoly price-fixing doesn't work whether it is understood or not. A small group of individuals cannot set the price and volume of money because that group inevitably will be wrong. It will create an economy that expands or contracts too fast.

The idea of forward guidance builds on this fallacious mechanism. Instead of keeping their money-fixing decisions private, the modern trend is for central bankers to advertise what they are deciding and to explain why.

In part, of course, this is the result of the Internet and the alternative media that has repeated over and over what the reality is: Price fixing doesn't work and central bank price fixing is infinitely destructive, leading to booms, busts and bankruptcies.

As central bankers have gotten worse and worse publicity, those who run central banks – and are truly the most powerful men on the planet – have grappled with an unusual problem: They've had to come up with justifications for the unjustifiable.

And this is the reason that central banking has grown considerably more accessible. Top central bankers still remain defensive about revealing the details of their money printing programs to be sure. In fact, central banking money printing is nothing but a big crony giveaway. But the decision has apparently been made that one way to counteract criticism is to be more transparent.

Again, central bankers are not REALLY being transparent. But by appearing more often in public, by attempting to explain their decisions and now by utilizing so-called "forward guidance" bankers are pursuing a kind of public relations program, as ineffective as it is.

Mark Carney, the Governor of the Bank of England, has made a robust defence of its policy of linking interest rate rises to a fall in unemployment, rejecting MPs' claims it was "dead on arrival". Mr Carney said that forward guidance – the promise that the Bank will not consider raising rates from their record low of 0.5pc until the jobless rate falls to 7pc – had given certainty to business.

He believed markets would be factoring in a much earlier rise if Britain's central bank had not laid out out its plan. "Historic relationships would have fully priced in interest rate moves given the strength of this recovery right now.", Mr Carney told the Treasury Select Committee.

In another strong hint that the Bank would delay raising rates for some months after the threshold was reached, Mr Carney said most firms recognised there would be a "space and time" between unemployment falling to 7pc and the first rate hike. According to the Bank's latest forecast, if interest rates remain unchanged at 0.5pc, there is a 50pc chance the unemployment rate could fall to 7pc as soon as the final quarter of 2014.

… Mr Carney denied forward guidance had caused confusion. "I think we should flush out who's really confused by this because I've got to say, of the couple of hundred businesses that I've talked to, I don't see it," he said. "The businesses are getting the core of the mood music and are correctly interpreting the policy."

Spencer Dale, the Bank's chief economist, added that businesses had "taken comfort " from forward guidance. "I don't think businesses find it as confusing as some people in the bubble of London appear to do," he said. Ben Broadbent, an external member of the Bank's Monetary Policy Committee, said it was possible that a form of forward guidance could be used when the Bank decided to unwind its stockpile of UK gilts.

There's a defensive tone to the above and well there should be. Forward guidance is obviously not addressing the fundamental problem, which is one of economic destructiveness.

Grant that central bank price-fixing cannot work and the apparent remedy becomes illogical. One is combating something that is incorrect by explaining it more thoroughly. One can always explain a mistake, but that does not alleviate it.

This is a logical fallacy, in other words. The fundamental central bank mechanism depends on predicting the future, which can never be done. And forward guidance compounds the problem with further price fixing. Now the price is not just being fixed for the present; it is being structured for months out, as well.

Nonetheless, Carney is apt to continue this policy. It is part of what he was brought in to do, apparently, to glad-hand the public with a faux-intimacy, to launch a charm offensive that will take the sting out of some of the criticisms that are increasingly undermining the entire meme.

Make no mistake: As we have forecast for a number of years now, those running central banking really do not know how to combat the increasingly savage criticism that central banking is attracting.

We've catalogued other promotions aimed at reducing this criticism. One is "transparency" generally – the idea that the force government wields can somehow be made more palatable by explaining the reasons for it better.

Another promotion is the public banking one – a long-running dominant social theme that goes back to the Fabians and features Major CH Douglas and Silvio Gesell. Both these deeply authoritarian and flawed individuals proposed systems that would force people to handle money a certain way.

Douglas wanted to remove money from rich people and give it to "workers." Gesell simply wanted to reduce the value of money for everyone by imposing a monthly tax on it. In this way he hoped to induce further velocity of money to create more supposed prosperity.

The modern day crop of public banking enthusiasts is just as authoritarian as the previous generation. In fact, there is a good deal of surface evidence that modern public banking is a false flag, designed to preserve the main privilege of central bankers, which is the ability to continue their banking monopoly.

These top men don't care if they control monopoly central banking directly or indirectly so long as they DO control it and they have seemingly sponsored an increasing array of proponents to argue that the "people" ought to control banking, and presumably central banking.

Many of these proponents have ties to the US military, as we have often pointed out. Sometimes they masquerade as "libertarians," though how leveraging Leviathan to create monopoly fiat is to be seen as libertarian is anyone's guess. We don't see it.

People like public banking/alternative money proponent Margrit Kennedy hail from the UN's UNESCO. And others come from overseas and have set up English language websites to promote the so-called anti-usury public banking paradigm. This is an old intel trick – to import individuals from overseas because their backgrounds are more easily obscured.

In any event, Carney obviously constitutes more of the same. Charming, urbane and self-effacing in an efficient sort of way, he is supposedly the modern face of the kindly technocrat that will rule the world in the future. We've covered him regularly because of this:

Ascension of Central Banker Carney Continues to Instruct Us

Carney Gets Ready to Blow Up the World

It is interesting that Carney has already been forced to defend his signature strategy of "forward guidance." While it is entirely nonsensical, it would not have come under so much criticism in the past, we have to think, without the aid of the Internet.

Even more importantly, as Carney has been forced to defend the concept so quickly, one could speculate that it is not something that is having much success, nor should it.

The main point here, then, is that central banking remains impossible to defend in the Internet Era and that its credibility will likely continue to erode. And this has huge implications for anyone affected by current monetary systems. Almost all of us …