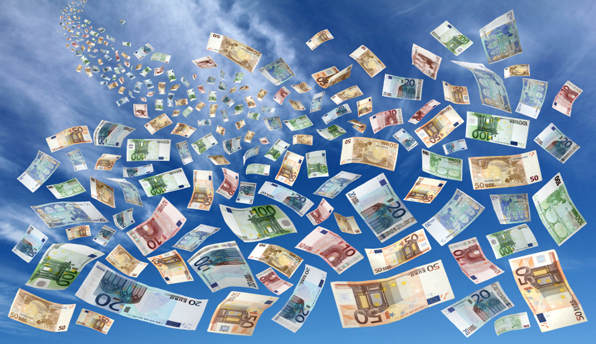 STAFF NEWS & ANALYSIS
Freedom Is the Best Monetary Shaper of All
By Staff News & Analysis - March 03, 2014

In Search of a Stable Electronic Currency … Bitcoin, an experiment with a radically new kind of electronic money, has exhibited many of the characteristics of a speculative bubble. That was clear long before the collapse of the Bitcoin exchange Mt. Gox last week. Bitcoin's future is very much in doubt. Yet whatever becomes of it, something good can arise from its innovations – even if the results are very different from its current form or its numerous competitors. What I have in mind isn't another wave of price speculation. Instead, I believe that electronic forms of money could give us better pricing, contracting and risk management. – New York Times

Free-Market Analysis: Robert Shiller wrote this article, and it caught our eye because it is so complex. Soon, you begin to feel like you're in the middle of a giant math exam.

He's parsing this and deconstructing that. Before you know it he's juggling three – count 'em, three – different kinds of money, all presumably circulating at once.

Who is he? From Wikipedia:

Robert James "Bob" Shiller (born March 29, 1946) is an American economist, academic, and best-selling author. He currently serves as a Sterling Professor of Economics at Yale University and is a fellow at the Yale School of Management's International Center for Finance.

Shiller is ranked among the 100 most influential economists of the world. Eugene Fama, Lars Peter Hansen and Shiller jointly received the 2013 Nobel Prize in Economics, "for their empirical analysis of asset prices".

… Robert Shiller was awarded the Deutsche Bank Prize in Financial Economics in 2009 for his pioneering research in the field of financial economics, relating to the dynamics of asset prices, such as fixed income, equities, and real estate, and their metrics.

His work has been influential in the development of the theory as well as its implications for practice and policy making. His contributions on risk sharing, financial market volatility, bubbles and crises, have received widespread attention among academics, practitioners, and policymakers alike. In 2010, he was named by Foreign Policy magazine to its list of top global thinkers.

In 2010 Shiller supported the idea that to fix the financial and banking systems, in order to avoid future financial crisis, banks need to issue a new kind of debt, known as contingent capital, that automatically converts into equity if the regulators determine that there is a systemic national financial crisis, and if the bank is simultaneously in violation of capital-adequacy.

Pretty impressive stuff. And yet … Shiller seems more of a gradualist than a revolutionary. Notice he wants to issue contingent capital that will convert in case of a meltdown. He is not apparently curious about what CAUSES the meltdown. He is merely interested in giving banks and regulators tools that will ameliorate it.

The central problem with Bitcoin in its present form, though, is that it doesn't really solve any sensible economic problem.

… The instability of Bitcoin's value in dollars is a measure of failure, not success. It means that any commerce using Bitcoin or its competitors would be buffeted by enormous inflation and deflation.

But if we go back to the electronic-money drawing board, we may conclude that Bitcoin has been focused on the wrong classical functions of money, as a medium of exchange and a store of value.

… It would be much better to focus on another classical function: money as a unit of account — that is, as a basic standard of economic measurement. History shows that this unit-of-account function of money has been separated from the other two, and to good purpose

There could be a "trills" unit — a concept that Mark Kamstra of York University and I have been advocating — that represents one trillionth of a country's most recently estimated annual G.D.P. There should also be a unit that grows or retreats with per-capita daily consumption.

This could be used for pension and Social Security payments as a form of intergenerational risk-sharing: The idea is that payments to older people would rise and fall with overall consumption These are ideas about simplification of complex economic calculations. But they are borrowed from behavioral economics, which has taught us that our actions are profoundly affected by framing — by the words we use and the approaches we take.

… These are ideas about simplification of complex economic calculations. But they are borrowed from behavioral economics, which has taught us that our actions are profoundly affected by framing — by the words we use and the approaches we take.

Did you catch all that? This is surely a man who won a "Nobel." In fact, he wants to "frame" the conversation about money differently because "actions are profoundly affected by framing." Come up with a new name and you can change behavior …

And why should Shiller want to change behavior? Because he doesn't want to change the system? Yet Shiller must know that the current system is propped up by force. You wouldn't gather that from this article, or from his career.

You will likely search Shiller's oeuvre in vain when it comes to commenting on the FORCE that shapes our monetary system and thus our decisions.

Money actually is a very simple thing. The vocabulary doesn't need to change. Nor does it have to be divided in various baskets, etc. Money is not mathematically perfected. Money need not be only a "unit of exchange."

The changes that would take place would be far more dramatic than anything Shiller can imagine.