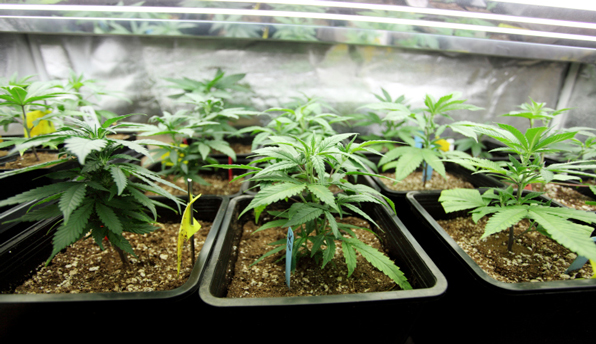 Legalized Marijuana Could Drive A New Tech Boom … The revolution to legalize marijuana is marching slowly—but steadily—forward. Half of the states in the United States plus the District of Columbia have legalized marijuana or cannabis for medical use, and more states are legalizing recreational use with each election cycle. – Forbes

This Forbes article reminds us of how much progress marijuana – especially medical marijuana – has made. Call it a “timely reminder” – especially for investors, as we discuss farther down (see link at the end of this article).

The article points out that in the recent election, California, Nevada, Massachusetts and Maine legalized pot for recreational use.

The news is even better from an informal standpoint, as the article points out that states maintaining marijuana’s illegality are often “looking the other way” when it comes to use, and certainly medical use.

Law enforcement and the prison industry are opposed to legalizing marijuana because it would impact the ability to cash in on a steady flow of inmates charged with petty possession.

These are great points, showing clearly that the “moral” argument against marijuana has vanished.

It used to be that marijuana opponents argued against it because it supposedly supported all sorts of vice and general bad behaviors.

But now marijuana supports have been successful in informing the public of the plants many health benefits. In fact, more and more, it is seen as a medicinal herb rather than a “drug.”

Results bear out the positives of marijuana legalization.  Colorado, for instance, has done well since it legalized pot. Stores employ thousands and tax receipts add up significantly. Additionally, law enforcement can refocus on violent crimes.

The article doesn’t just remind us of marijuana’s recent progress. It also points out that over time marijuana will create “tech  opportunities.”

It mentions a company called ShowGrow and relates comments from its young CEO David Barakett.

Barakett we learn, is able to “remotely monitor and manage his crop thanks to technology.”

But ShowGrow isn’t just utilizing its technology. It has licensed it and begun to market it to other growers as a turnkey approach to marijuana cultivation.

It may seem as if marijuana legalization is not progressing quickly in the US. But in fact, unheralded, it continues to overcome both enemies and critics.

Internationally, pot legalization is making progress in numerous countries as well. A recent United Nations meeting made the point that, worldwide, the emphasis on dealing with marijuana and any attended problems or addictions should be oriented around treatment rather than incarceration.

Ordinarily, we are not fond of UN meetings and declarations but in this case, the elite stance regarding marijuana – and drugs in general – seems to have changed.

Cynically, we think we know why, of course. It has to do with a search for global problems that demand equally international solutions.

In other words, to advance globalism, one needs difficulties that demand an international mandate. Global warming is one such difficulty, which is doubtless why its defenders cling to it so zealously. Drugs will provide the UN another international justification.

No matter the reason, however the reality of marijuana legalization is that it is growing. And in doing so, it providing users with both enjoyment and health benefits.

It is also providing the marketplace with a growing group of high tech solutions as we can see from this article.

Overall, we should remember that marijuana probably offers one of the most powerful investment opportunities available today.

Conclusion: Too often its still-controversial profile obscures this larger issue. But as the marijuana market matures and becomes increasingly legal, the opportunities will only become more potentially profitable. For more on these opportunities and how to take advantage of them, please see this advertorial HERE.