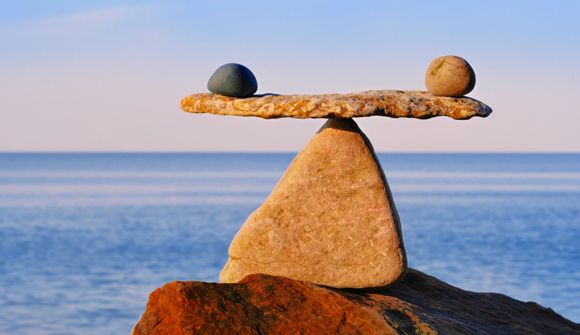 STAFF NEWS & ANALYSIS
Here’s one tiny example of how absurd Build Back Better is
By Simon Black - November 23, 2021

In early January 1964, barely six weeks after the assassination of John F. Kennedy, US President Lyndon Johnson delivered a speech to the American people in which he declared an “unconditional war.”

But he didn’t declare war on Vietnam. Or Cuba. Or the Soviet Union.

And in his State of the Union address he told his fellow Americans that it would take more than “a single piece of legislation” to eradicate poverty.

So they got to work preparing a series of expensive programs to create jobs, build affordable housing, establish new entitlement programs, and invest in vocational training.

It goes without saying that this spending bonanza kicked off a steep increase in inflation. But more importantly it turns out that most of these programs were utter failures.

One of the best examples is the Job Corps, an initiative established in 1964 to provide free vocational training to young people.

The Job Corps was something of a pet project for Lyndon Johnson; he believed that “one thousand dollars invested in salvaging an unemployable youth today can return $40,000 or more in his lifetime.”

This is a long-standing argument for increased public investment in education.

And yet according to a long-term study of the Job Corps published in 2018 by the agency’s own Inspector General, the program has been a terrible investment for the American taxpayer.

The Job Corps spends $1.7 billion of taxpayers’ money each year to train around 66,000 people; this works out to be $25,000 per student per year, which is already more expensive than many public universities.

Yet Job Corps’ own Inspector General found that “more than half” of the participants in his study “did not have a beneficial outcome.”

A later report by the US Department of Labor determined that a small group of Job Corps graduates could earn, on average, $275 more per year than non-graduates who work in similar jobs.

Wonderful. But given that these jobs are at the lowest possible tax bracket, the additional tax revenue per Job Corps graduate is less than $30 per person.

That makes the Job Corps’ annual Return on Investment about 0.1%, at best. More likely it loses money and provides no real benefit to graduates.

So why would any sane individual continue investing in this program? Even the New York Times called it a complete failure and “a little bit like prison”.

And yet the Job Corps is set to be the proud beneficiary of $1.5 billion, courtesy of the Build Back Better Act that passed the US House of Representatives on Friday.

This new funding will roughly double the program’s budget.

Now, if you’re spending money and you’re getting a fantastic return on investment, then cost shouldn’t be an issue.

The problem is spending money and failing to achieve any meaningful outcome. And that tends to be the government’s track record.

LBJ believed in 1964 that investing in job training would generate a huge return on investment. But six decades of Job Corps data show that they completely failed to achieve this vision.

Instead they created a job training program that is more expensive than most public universities, yet generates no real benefit for its graduates or for taxpayers.

But politicians only think about money. If they increase an agency’s budget and throw money at an issue, they feel like they’ve done their job. They never look at performance or execution.

And this is the real problem with Build Back Better. Much has been said about the cost of the legislation, including those who say it will “cost nothing”.

But focusing on cost really misses the point. The real question is– will there be any return on investment?

The failure of Job Corps provides a pretty clear answer.

Build Back Better is a whopping 2,468 pages. Buried in that text, they’re creating thousands of new programs, just like Job Corps.

The politicians keep insisting that these are all “investments”. But they never conduct a honest assessment of investment performance.

They just keep writing checks and spending other people’s money with a dangerous fanaticism, and absolutely no consideration of execution and performance.

And just like LBJ’s War on Poverty, Build Back Better will likely lead to much higher inflation.

After all, it’s not difficult to predict what might happen when they spend money endlessly and generate zero return on investment.

LBJ at least got one thing right.

In his original State of the Union address in 1964, he acknowledged that the private sector (NOT the government) had the real power to create jobs, enhance prosperity, and alleviate poverty.

He argued that cutting taxes, for example, would “create new jobs and new markets in every area of this land”, and he told Congress, “We need a tax cut now to keep this country moving. . . Our taxpayers surely deserve it.”

Further, he stated, “the most damaging and devastating thing you can do to any businessman in America is to keep him in doubt and to keep him guessing on what our tax policy is.”

Today, however, politicians hold the opposite view. They believe that tax increases are the path to prosperity. They believe jobs are created through more rules, more laws, and more money in the hands of the government.

This entire ethos is completely destructive… not to mention highly inflationary. But we’ll tackle that issue another time.