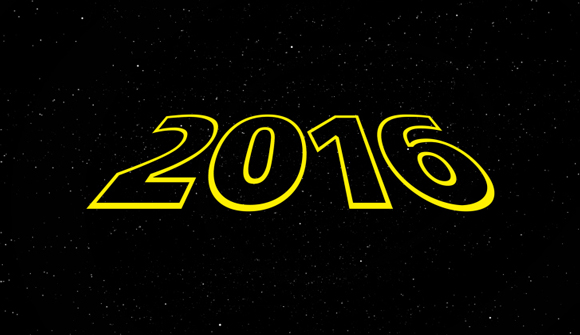 FBI Has Enough Evidence to Prosecute Hillary Clinton for Public Corruption … An investigation into possible mishandling of classified information on Hillary Clinton's private email server has expanded to consider whether Clinton's work as Secretary overlapped with her work for the Clinton Foundation run by her family. Fox News' Catherine Herridge published the report, citing unnamed FBI sources, Monday morning … The report paints a picture of an internal struggle within the FBI over whether or not to prosecute Clinton. – Breitbart News

Dominant Social Theme: The mainstream media is a dogged beast!

Free-Market Analysis: We sense history in the making here. The Clintons have been a virtually unstoppable force for so long that it is difficult to believe Hillary will end up anywhere but in the White House.

But there are increasing reasons to believe that she will not. These reasons are quite persuasive, though they are not being provided to us by the mainstream media that supposedly broke this email story to begin with.

Here's a little more from the Breitbart article:

Herridge quotes an unnamed FBI source saying, "many previous public corruption cases have been made and successfully prosecuted with much less evidence than what is emerging in this investigation."

One parallel said to be weighing on the FBI is the prosecution of David Petraeus. Petraeus pled guilty to a misdemeanor for sharing highly classified information with his biographer and lover Paula Broadwell and also for lying to the FBI. A two-year investigation concluded that none of the classified information ever appeared in Broadwell's book. Nevertheless, Petraeus's treatment was considered a slap on the wrist by some agents within the FBI.

It all seems reasonable enough. Petraeus's conviction has set a modern precedent that Hillary must be subject to. Additionally, Hillary's breaches of secrecy seem a good deal worse than Petraeus's.

The FBI certainly seems "on the case." No shirking here because of Hillary's celebrity. Even though Hillary is very powerful and has a national constituency, US policing is unbiased – so we are supposed to believe – and follows every lead to its logical conclusion.

It's also a big investigation, we learn from the Breitbart article. About 100 special agents are involved. It is getting results, too, with well over 1,000 documents now "classified." At least two other emails are said to have been "top secret" at the time they were sent.

No, it actually doesn't look so good for Hillary. Her former IT person, Bryan Pagliano, has taken the 5th in order to avoid answering questions about his employment with her.

Could this mess really end Hillary's political career? As we indicated at the beginning of this article there are "persuasive" reasons to believe that once again she will fail to grasp the sought-after prize.

Obama denied it to her the first time. But this time her own paranoia and sense of entitlement may finish her bid to be the first woman president.

Our perception actually has to do with the larger narrative of this story. For one thing, from what we can tell, the initial leak came to The New York Times from unnamed sources.

But many have speculated that the leak actually came from the Obama administration. It seems obvious there is no love lost between Obama and the Clintons.

It seems that powerful opponents don't want Hillary to be president. After all, how is it that this story has not died? The mainstream media is perpetuating it. The media is being dogged and persistent in a way it never was with, say, Obama's likely false birth certificate.

And how is that Bill Clinton's sex scandals have suddenly reemerged when Hillary decided that the best way to combat the email scandal was to unleash her husband on the campaign trail?

Astonishingly, Bill Clinton's sexcapades are suddenly being covered by the mainstream media in a way they almost never were before – except for the Lewinsky scandal.

Astonishingly, Bill Clinton is under attack as a serial rapist and is being compared to Bill Cosby. His presence in New Hampshire was said to be unimpressive. He seemed to lack his usual ebullience. Has it occurred to the Clintons that perhaps they have made too many enemies?

The Clintons are a driven duo. They probably realized that the only way to outrun their past was to regain the presidency. In other words, what they began long ago still pursues them. They can only avoid it it by acquiring ultimate power.

Here's a thought … Watch out for a sudden withdrawal from the race. Hillary could certainly be confronted with a proposition of that sort: Either remove yourself for health reasons or face indictment.

Stranger things have happened in this empire we call the United States of America.