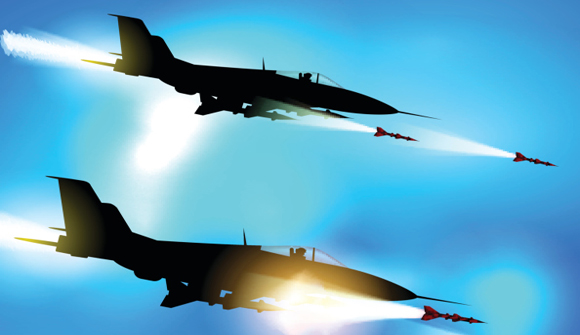 I Ran the C.I.A. Now I’m Endorsing Hillary Clinton … During a 33-year career at the Central Intelligence Agency, I served presidents of both parties — three Republicans and three Democrats. I was at President George W. Bush’s side when we were attacked on Sept. 11; as deputy director of the agency, I was with President Obama when we killed Osama bin Laden in 2011 … On Nov. 8, I will vote for Hillary Clinton.-New York Times/ Michael J. Morell

This editorial is a great example of how in politics the better and more willing liar can gain the most support.

Even when the lying is obvious.

The former director of the CIA has endorsed Hillary Clinton, but the reasons he gives for supporting her are certainly controversial and in some cases outright fabrications.

The main reason to vote for Hillary, we learn, is because she is far more knowledgeable about national security.

As it turns out, national security is a crux issue for many Hillary supporters, especially political ones.

The US’s massive fedgov is based on the need for national security. But as we’ve long pointed out, many national security issues are often a kind of  fiction. The Cold War itself looks increasingly doubtful when viewed in light of Internet revelations and it’s very clear that ISIS and Al Qaeda are Western inventions, HERE.

National Security lies are created and supported by the military-industrial complex. Hillary is the better and more willing liar when it comes to these issues, and thus she is receiving support from CIA officials.

He states this outright. He is in favor of Hillary because she will “deliver on the most important duty of a president — keeping our nation safe.”

For this reason he is not going to support Donald J. Trump who “may well pose a threat to our national security.”

I spent four years working with Mrs. Clinton when she was secretary of state, most often in the White House Situation Room. In these critically important meetings, I found her to be prepared, detail-oriented, thoughtful, inquisitive and willing to change her mind if presented with a compelling argument.

He adds that she is committed to the US’s “nation’s security” and that she believes “America is an exceptional nation that must lead in the world.”

Of course, to be a “leader,” the US politicians must be “willing and able to use force if necessary” – as he notes.

And he adds that Hillary has the capacity to “make the most difficult decision of all — whether to put young American women and men in harm’s way.”

This supports our previous contention HERE that Hillary’s main platform planks are pro-corporatist and pro-war.

He goes on to tell us that Hillary was an early proponent of the raid that killed Osama bin Laden.

And she was also a “strong proponent” of how to respond to the “Syrian Civil War.”

The trouble with these statements is 1) Bin Laden probably died in the early 2000s, HERE, and 2) there was no civil war in Syria until the West invented one by sponsoring ISIS, HERE.

In sharp contrast to Mrs. Clinton, Mr. Trump has no experience on national security. Even more important, the character traits he has exhibited during the primary season suggest he would be a poor, even dangerous, commander in chief.

Actually Trump has exhibited some skepticism over US foreign wars; that’s to his credit and should not be seen as a negative.

The article also criticizes Trump over not being negative enough regarding Russia and Putin. In fact, it is fairly obvious that the West is provoking Putin to create more military tension in the area.

He ends the article this way:

My training as an intelligence officer taught me to call it as I see it. This is what I did for the C.I.A. This is what I am doing now. Our nation will be much safer with Hillary Clinton as president.

Not quite. With Hillary as president, America won’t be “much safer” but the military-industrial complex surely will. This becomes obvious with such endorsements.

Conclusion: The main advantage of Hillary’s candidacy begins to be the exposure of the political system’s falsity, as we previously pointed out HERE. That is her real contribution to the current presidential race, not the policies that she is enunciating or the “togetherness” that she is promoting.