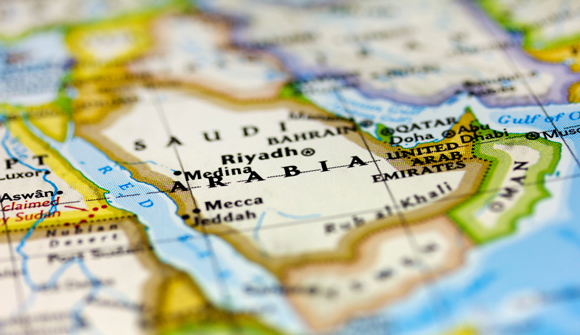 STAFF NEWS & ANALYSIS
House of Saud May Be in Danger of Falling
By Daily Bell Staff - December 14, 2015

Is ISIS Simply A "Saudi Army In Disguise"? … Something major missing. In recent weeks I have been increasingly unsatisfied by the general explanations about who is actually pulling the strings in the entire Middle East plot or, more precisely, plots, to the point of reexamining my earlier views on the role of Saudi Arabia. – New Eastern Outlook

Dominant Social Theme: The House of Saud is robust and will never fail. Why should it? Its sheiks have all the oil money in the world.

Free-Market Analysis: This interesting article is authored by well-known alternative-media author F. William Engdahl. We wrote about him here.

Engdahl's article is persuasive, even though we have a slightly different point of view. He believes that the Saudi regime is trying to control Middle East oil using military might. The regime intends to gain the ability to fully fix the price of the world's energy. He also believes this process is underway and that the House of Saud has been successful in driving down the price of oil but overshot the price on the down side. In other words, oil has moved down far harder than the Saudis expected, leaving them in a precarious financial condition.

It is certainly true that the House of Saud is a main actor in the Middle East (along with Turkey) because the regime has been radicalizing Muslims in the Middle East at Washington's request via fundamentalist Wahhabism. Thus, one way or another, many of the radical Islamic movements in the Middle East such as ISIS and Al Qaeda are at least partially the invention of the Saudi regime. We wrote about that here.

Engdahl's article provides us with further insight into the difficulties faced by the House of Saud. The reason the regime's situation is precarious is because, in addition to the regular costs of the Saudi welfare state, Saudi Arabia is engaged in wars on two fronts. These wars are costly and show no signs of resolution on Saudi terms. Here's how the article puts it:

In the true sense, ISIS is simply a "Saudi army in disguise." If we strip away the phony religious cover, what emerges is a Saudi move to grab some of the world's largest oil reserves, those of the Sunni parts of Iraq, and of Syria, using the criminal Turkish regime in the role of thug to do the rough work, like a bouncer in a brothel …

For decades they have financed terrorism under a fake religious disguise, to advance their private plutocratic agenda. It has nothing to do with religion and everything to do with money and oil. A look at the ISIS map from Iraq to Syria shows that they precisely targeted the oil riches of those two sovereign states. Saudi control of that oil wealth via their ISIS agents, along with her clear plan to take out the US shale oil competition, or so Riyadh reckons, would make the Saudi monarchy a vastly richer state.

It is perfectly feasible that this is a main goal of the Saudi regime. If so, it shows clearly how the relationship between the House of Saud and Washington has frayed. In fact, our thesis remains that Washington – the Anglosphere, generally – is undermining the Saudis' control of oil via fracking and by actively encouraging oil exploration and exploitation in areas other than the Middle East.

When we combine Engdahl's insights with some other recent articles about the Middle East and Saudi Arabia, an alarming picture of the fragility of the House of Saud's military and economic position emerges. A recent article in the International Business Times entitled "Putin Orders Military to Destroy Daesh Forces" further illuminates these difficulties.

President Vladimir Putin is flexing his muscle over the military operation in Syria, saying the army should "immediately destroy" any targets threatening Russian forces in the country … Russian defence minister Sergey Shoygu said warplanes have conducted 4,000 combat sorties in Syria, causing serious damage to Daesh infrastructure in the country … Kremlin spokesman Dmitry Peskov has said it was up to the Syrian people to discuss the fate of president Bashar al-Assad. Comm

Russia has emerged from the shadows as a resolute protector of the Assad regime and guarantor of the Syrian people's right to choose their own leaders. If one accepts – as we do – that Saudi Arabia is behind ISIS/Daesh, then one must also accept the military reality that the House of Saud, so long an extremely cautious regime, is now engaged in a two-front war that it is losing. This is an astonishing development.

In Yemen, as we have pointed out, the House of Saud is faced with millions of armed tribesmen united for the most part by anti-Saudi sentiments. Even the House of Saud's allies in Yemen, such as they are, are contemptuous of the regime itself, which is seen as corrupt and secular.

The House of Saud's longtime Wahhabi religious institutions have turned on the regime. And the Western mainstream media is resolutely anti-Saud these days after decades when criticism of the Saudi regime was rarely presented.

A recent article in The National Interest entitled "Saudi Arabia's New 'With Us or Against Us' Attitude" illustrates the Saudi regime's determination to "go it alone." In fact, the House of Saud may believe it has no choice in the matter.

The new government's alternative is to stop placating Western allies and get on with the work of pursuing Saudi national interests by any means necessary … A new generation of policy-makers in Riyadh are not satisfied with the status quo and they are demanding attention … Riyadh never was under an obligation to wait for Washington's approval, and Saudi officials have to some extent dropped the pretense of close consultations … Riyadh and its allies are designing their own policy first and managing blowback from Washington on the fly.

What about "Riyadh's allies"? Who are they exactly? The article makes the point that Riyadh was never under an obligation to "wait for Washington's approval," but Washington has been Saudi Arabia's protector in the past.

The trap seems to be closing on the House of Saud. Perhaps there are other entanglements that we do not see looking in from the outside. Perhaps Washington is still firmly an ally of the House of Saud. But we are sure that the Anglosphere wants to destabilize the dollar and, thus, the interests of the Saud regime and the West's banking establishment are diverging.

This is perhaps the biggest story in the Middle East and an untold one. It has extraordinarily significant consequences not just for the region but for the world. More than ever, the Middle East is a region worth watching as it descends further into inevitable chaos.