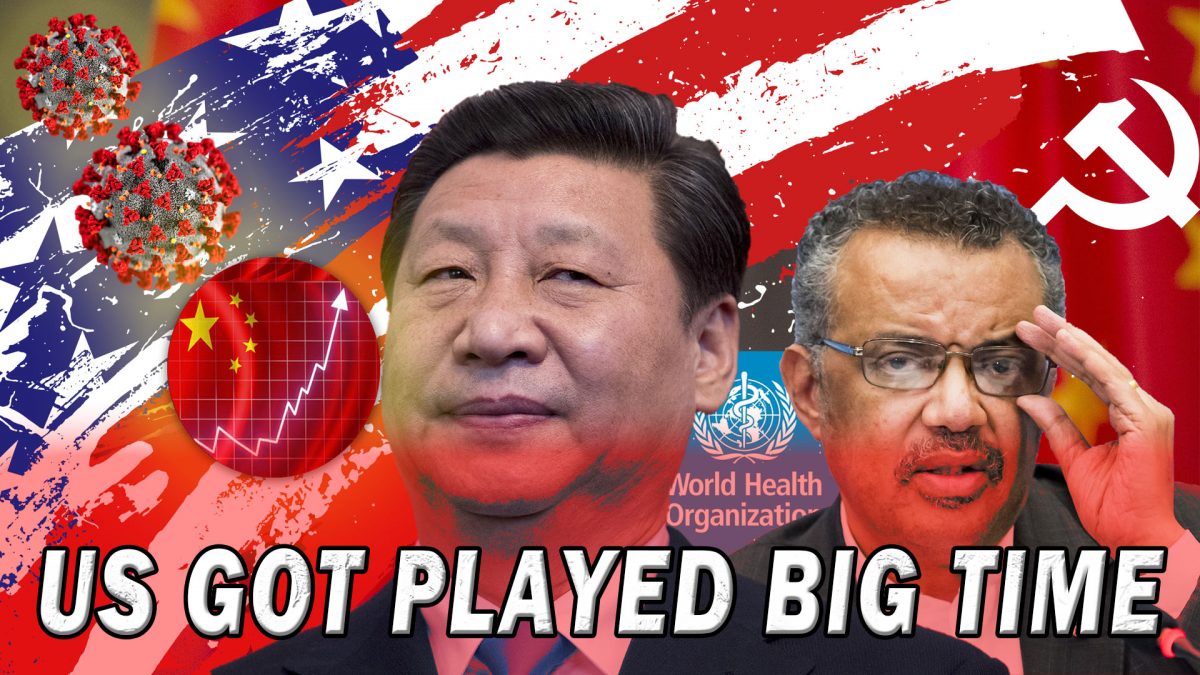 I feel compelled to note that this video criticizes the country of China, and some Chinese politicians. It does not criticize or demonize the Chinese people, who are victims of China themselves, nor any other Asian people.

We can’t allow debate over important issues to be stifled by false claims of hate speech.

I always find it strange when people refer to “communist China”.

I understand that it’s ruled by an organization which calls itself the Chinese Communist Party. But there is no real effort to share wealth equally across society, private property exists, and people can start and run businesses.

China is absolutely authoritarian and draconian in its control over the people. But not communist.

China actually rolls out the red carpet for investors and corporations using special economic zones with tax incentives, and a government program dedicated to bringing in capital.

259 new billionaires were created in China last year alone, and the country now has over 1,000 billionaires.

Meanwhile, the United States may call itself a capitalist country, but it’s increasingly characterized by an anti-business success-shaming attitude which has taken hold among government, education, and the Twitter mobs.

And the toll that is taking is starting to show on a large scale.

For example, in 2019, the United States was Europe’s main trading partner.

But in 2020 total trade between the US and Europe dropped by over $60 billion, while trade between Europe and China grew by about $24 billion, according to Eurostat.

And that allowed China to become Europe’s largest global trade partner in 2020, claiming the spot from the US.

Foreign direct investment in China also overtook the US in 2020 for the first time in history, according to a United Nations report.

But China managed to attract $163 billion in foreign direct investment— the largest share of any country in the world.

Meanwhile, the President of China, Xi Jingping, has made his intentions extremely clear: to overtake the United States as the major global superpower. In domestic speeches for Chinese audiences, he hammers the table about dominating the US.

“The biggest source of chaos in the present-day world is the United States,” President Xi said recently, “The United States is the biggest threat to our country’s development and security.”

He was also quoted by a high party official telling them to “grasp clearly the grand trend that the East is rising while the West is declining.”

Some people are afraid that this means a hot war with tanks and guns is on the horizon. But that would be counterproductive for China. They don’t need to go to war. They already won.

They do have a badass military with advanced weaponry, but they’ve also hacked every computer system in the world. And placed their spies everywhere— probably even inside the White House.

Any warfare would be cyber, financial, or biological.

Just look at how much China has accomplished over the past year.

China is responsible for COVID, but they were not held accountable. Just the opposite— they convinced the rest the of the world to destroy their economies by following China’s authoritarian lead in Wuhan.

China has the World Health Organization in its pocket, which was quick to praise China’s lightening fast oppression in response to Covid and totally legitimate low COVID cases and deaths thereafter .

According to the WHO, welding citizens in their homes is the best way to control the virus, trust the science.

Then China’s aid teams arrived in Italy just in time to orchestrate the first major Western lockdown as well.

China understands online propaganda, having honed their prowess on their own people.

Now, they deploy massive bot armies worldwide which harass anti-lockdown politicians and sew division among Americans for the most trivial reasons. Yeah, a lot of that Twitter mob aren’t even real people.

And remember those videos of random people collapsing on the streets of Wuhan last February which somehow made it past the Great Firewall of China? I mean NOTHING gets out of China that they don’t want out, but somehow these videos made it. How many people have you seen collapse in public from Covid since then?

And yet after the Wuhan pageant, China more or less continued business as usual— as Western government fell for the trap, shut down businesses, destroyed jobs, eradicated civil liberties, and created a tinderbox for civil unrest.

But again, China kept going as normal, its economy was not destroyed by COVID.

And that means China can keep playing the real global power game— money. China’s got the cash to hand out, and anyone on the dole dares not utter a word against China.

And Australia basically seems to have already been conquered, based on a recent podcast I heard where Simon Black over at Sovereign Man interviewed an Australian politician who resigned in protest to insane COVID policies.

Sanjeev Sabhlok was a senior official in the Department of Treasury and Finance in the state of Victoria, Australia until he resigned due to the government’s COVID response.

As an economist, Sanjeev Sabhlok wanted the government to perform a cost-benefit analysis of the strict lockdowns at the beginning stages of the pandemic.

He advocated a risk-based response— for example allowing people over 60, the most vulnerable, to work from home, encouraging middle-aged people to take some precautions, and letting younger people choose to essentially carry on as normal.

Instead, Australia placed citizens under house arrest for 23 hours per day, and required a permit to travel further than 5 kilometers from home. Even walking in the park a mask was required, and police brutality quickly became a problem, as overzealous cops enforced the mandates.

Sabhlok has filed a formal complaint with the International Criminal Court.

His main thesis is that: “Public health interventions that cause widespread additional mental and physical harms and shorten the lifespan of hundreds of millions, even billions, can only be classified as public health terrorism.”

The government is not authorized to kill one innocent person to save another. But that is exactly what they have done.

By imposing authoritarian lockdowns, they engaged in mass torture— solitary confinement of young healthy people in a close to zero risk category for COVID. This caused a mental health crisis, and every excess death from suicide or substance abuse is on the government’s hands.

Others did not receive necessary medical attention, because of government instructions to hospitals to reduce “non-necessary” testing, which included cancer screening.

Sabhlok’s research has led him to call the inducement of Western governments to enact totalitarian lockdowns part of “China’s undeclared covert war of 2020.”

It was a setup by China, to undermine its enemies.

And I’m not even talking about if the virus was made in a lab or released on purpose or whatever.

I’m simply explaining how China use Covid-19 to surpass the USA as the dominant global superpower, in a contrived and systematic fashion. Classic Sun Tsu, Art of War— the best win is to never even have to fight.

We’re witnessing the shift of wealth and power right in front of our eyes, and frankly it’s the biggest story of our day.

But the main thing the US has going for it, which has kept it the dominant global superpower since World War II, is the dollar’s spot as the world reserve currency.

China doesn’t even have to go after that. The US is doing a fine job of destroying the dollar on its own.

The US is printing money hand over fist to pay for massive spending, robbing future generations without creating anything to show for it.

What exactly do you think that means for the future of the US?

As wealth and power shift, the dominance of the currency shifts too.

Staking your whole future livelihood on the dollar maintaining the same status as the past decades is naive.

A lot of people in the West don’t even want to acknowledge this. China is a force for evil, and to think they are taking the dominant position on the globe is scary.

But not wanting to believe it doesn’t make the problem go away. We could be witnessing the moment two empires pass each other— one on the decline, and one on the rise .

It’s really time to think about how something of this magnitude will impact your life, and take steps to make sure all your eggs aren’t in the same basket with the US dollar.

Precious metals are one way to make sure you’re not overexposed to the US dollar.

And investments in Asian stock markets and businesses are a way to benefit from any economic boon for the region.

But crypto-currency could be a key factor in ensuring that China can’t wield total control over the world if the renminbi becomes the global reserve currency. Just look how much power the US has wielded since the Breton Woods agreement after World War II solidified the dollar as the world reserve currency.

If we don’t want China to have that kind of power over the next decades, we have to decentralize control of the system of banks and currency.

Blockchain technology and crypto-currencies are one way to do that. So it makes sense to educate yourself, and expose yourself to privacy coins like Monero, and blockchain platforms which can be built on, like Ethereum.