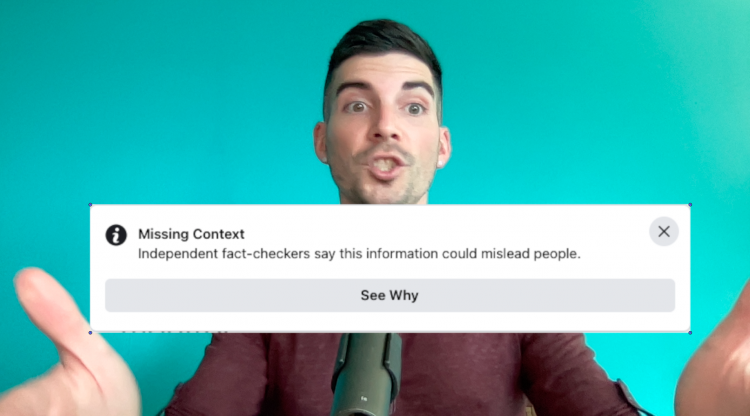 Facebook blatantly uses the “Missing Context” label as propaganda. They attempt to make people think an entire post is untrue, by sharing their own misleading articles with a massive amount of “missing context.” 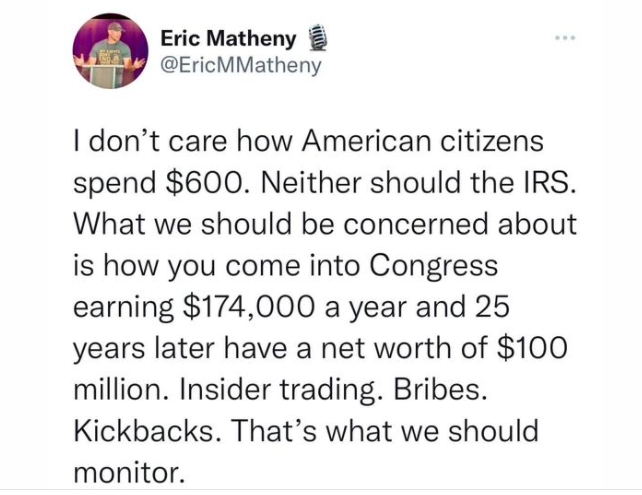 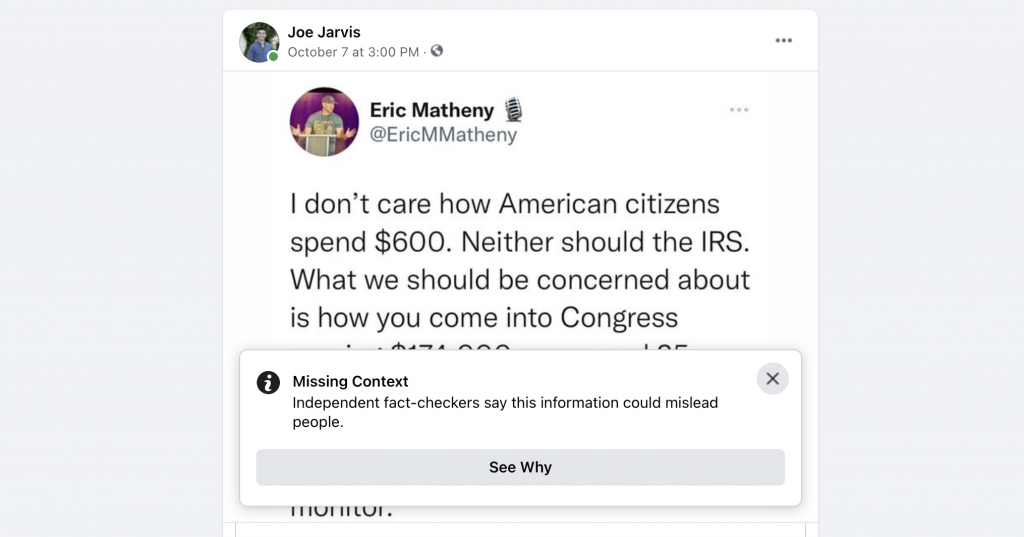 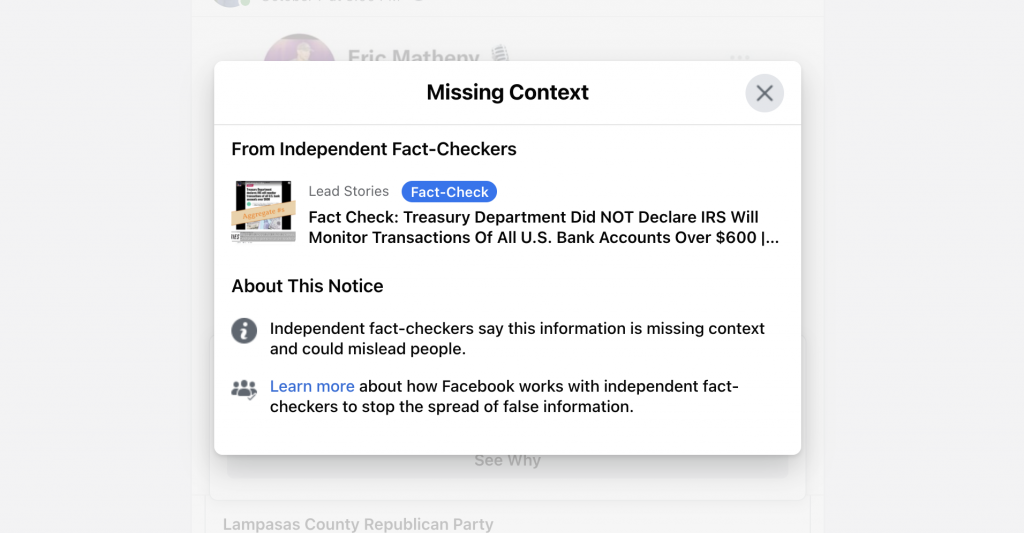 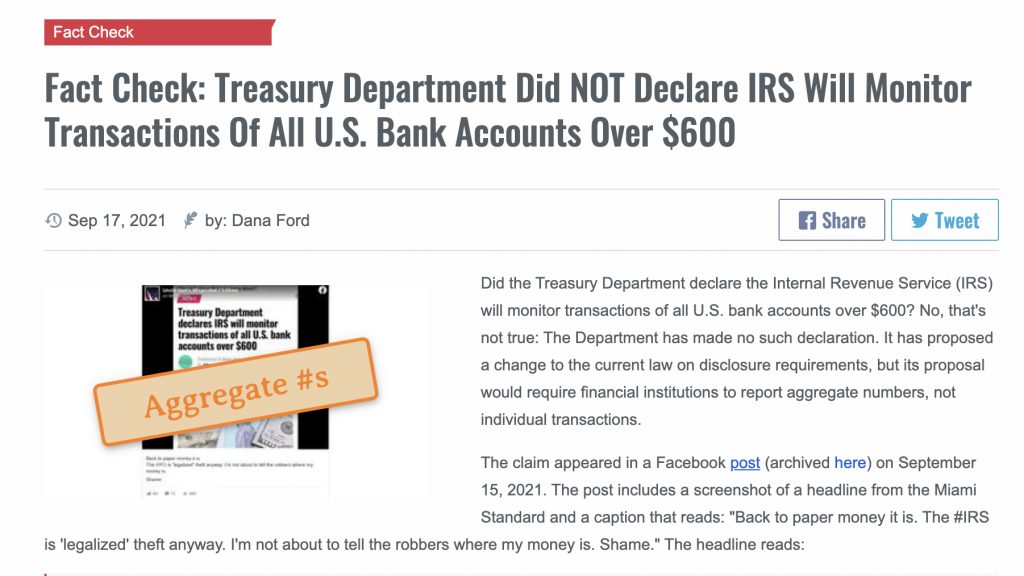 The headline of the “fact check” makes it seem like my entire post was false. In fact, the “missing context” was that the IRS spying had been “proposed” not “declared” and that it dealt with aggregate transactions, not individual transactions.

But they know most people only read the headlines, which is why Facebook added a deliberately misleading headline.

Facebook also would not even allow me to share this link to a news article on Joe Rogan confronting a CNN reporter on their lies:

Joe Rogan: The rest of them [at CNN] are all lying about me taking horse medication.

Sanja Gupta: That bothers you…

Joe Rogan: It should bother you too– they’re lying at your network about people taking human drugs… it’s a lie, it’s a lie on a news network, and it’s a lie that they’re conscious of, it’s not a mistake…

Do you understand that’s why people get concerned about the veracity of the news?