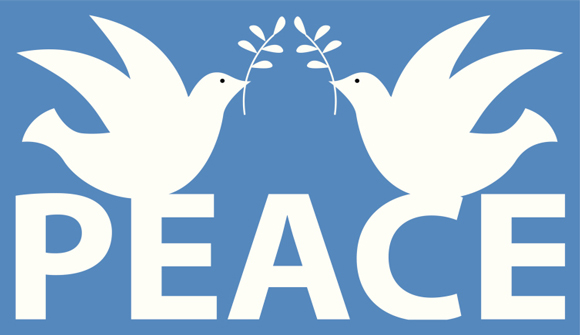 If goods don’t cross borders, soldiers will.” This quote is often attributed to Frederic Bastiat. Alas, no authoritative documentation has confirmed he actually said it. Yet, it appears the pithy statement is nonetheless correct.

The Relationship Between Trade and Peace

A recent study by Jong-Wha Lee and Ju Hyun Pyun has found a strong correlation between trade and peace. Examining a “large panel data set of 243,225 country pair observations” over 50 years “confirms that an increase in bilateral trade interdependence significantly promotes peace.” But that is not all they found. Additionally, and most importantly, they found that “global trade openness significantly promotes peace.” This latter effect is felt more so by countries far apart than those that share borders.

This is significant empirical support for those who have held that trade promotes peace along with prosperity. Whether Bastiat said it or not, plenty have contemplated the pacifying nature of trade, of the altered incentives when the ability to access markets is available.

Whatever threat China poses to the United States, it doesn’t appear to improve by making trade more difficult.

Political economist and sociologist Max Weber wrote that a capitalist economy is “one which rests on the expectation of profit by the utilization of opportunities for exchange, that is on (formally)peaceful chances of profit.” He contrasted this with “acquisition by force,” a transaction he described as “not expedient.” Not when compared to the peaceful exchange, at least.

Making the cost to “truck, barter, and exchange” high increases the relative appeal of taking goods by force or occupation. Unfortunately, our most recent policy rhetoric and efforts have focused on an increase in tariffs and lowered trade that may result in increased tension with other nations, particularly China. Preventing goods from flowing between nations serves only a protectionist instinct. These are goods with pacifying externalities attached that we have rejected.

Whatever threat China poses to the United States, it doesn’t appear to improve by making trade more difficult.

This is another tally on the board for the doux commerce thesis. Translated as sweet commerce, the thesis suggests that commerce has a softening effect, trading violence for exchange. Most trace the origin of the thesis to Montesquieu, who wrote in his work The Spirit of the Laws:

Therefore, one should not be surprised if our mores are less fierce than they were formerly. Commerce has spread knowledge of the mores of all nations everywhere; they have been compared to each other, and good things have resulted from this.

This thesis has been defended by classical and modern economists alike, from Adam Smith to Deirdre McCloskey. The peaceable interaction, the tempering influence, the gentle mores, have been considered part of the societal gains from commerce, both domestically and internationally, and now another study has indicated this is so. Commerce bonds distant and alien individuals. It places them on equal footing; not equality as some measure, but there is an inherent equality to market participation that creates a forum of participation for individuals. Denying access to markets has an alienating and stratifying effect within communities. It is no surprise this alienation duplicates across borders when markets are constrained.

Policies that lead toward conflict should be eschewed for those that encourage openness and cooperation. Trade is such a cooperative process. It incurs fewer costs than dealing with conflict. Policies that orient us toward greater trade across borders create a path toward prosperity and peace. It is part of the market process that generates price, which Ludwig von Mises called “a social process.” The temptation to use state power to prevent trade arises from a protectionist outlook, one that employs political power to protect some interests over others.

The implication of this study—and years of history—is best summarized by something Bastiat did in fact say:

“Barriers result in isolation; isolation gives rise to hatred; hatred, to war; war, to invasion. “What difference does it make?” say the sophists. “Is it not better to risk the possibility of invasion than to accept the certainty of invasion?” And the people believe them, and the barriers remain standing.

And yet, what analogy is there between an exchange and an invasion? What possible similarity can there be between a warship that comes to vomit missiles, fire, and devastation on our cities, and a merchant vessel that comes to offer us a voluntary exchange of goods for goods?

Unilateral trade is no guarantee of peace, but the evidence suggests it beats the alternative.

James Devereaux is an attorney. All views are his own and not representative of employers or affiliations.

Husband and father of four. Graduate of Brigham Young University with a B.S. in Psychology and William & Mary School of Law.

*This Article Originally Appeared on FEE.org